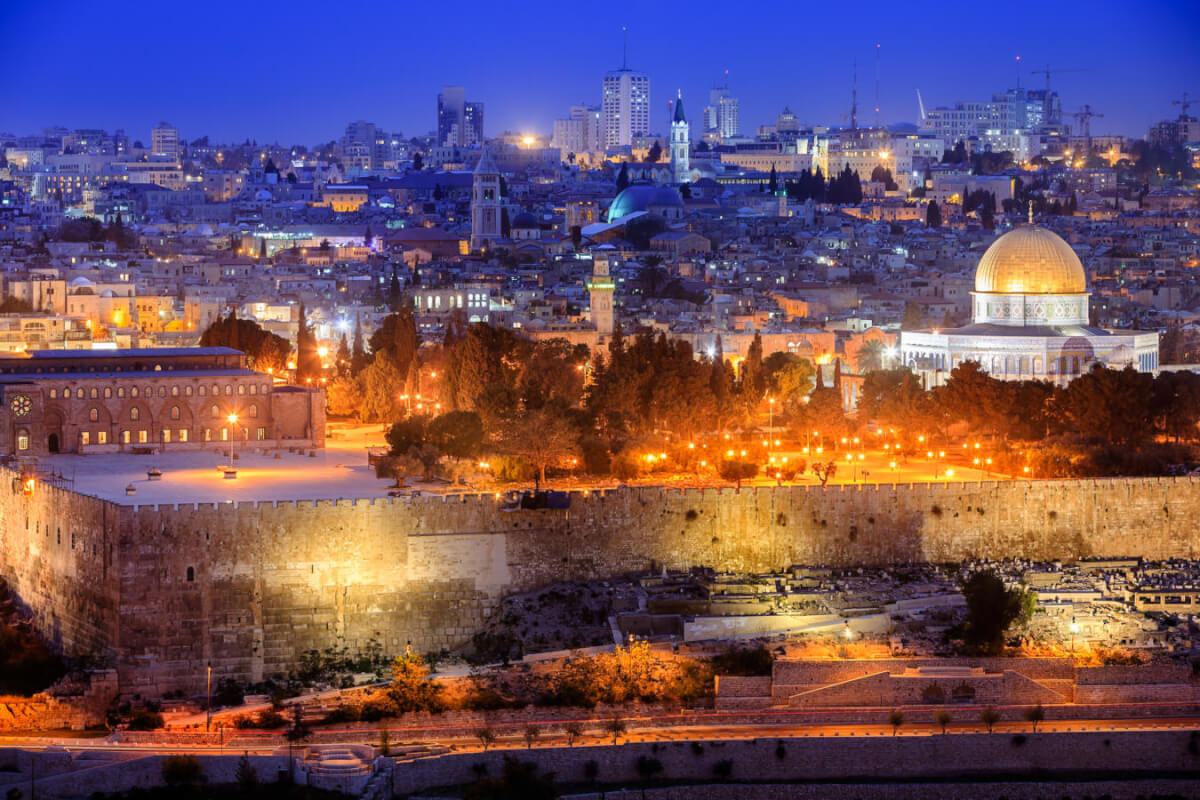 “We will maintain peace and we will arrive at our independent state through peace because God is with us, our issue is just, our people sacrificed a lot and you all are supporters of peace,” said Palestinian Authority leader Mahmoud Abbas last month at the U.N.General Assembly.

These are superficially nice words from a man who promised in July to “never stop” paying terrorists and their families. However, one doesn’t even have to go outside the text of his UNGA speech to see why the words are a sham.

For instance, Abbas called Israel a “colonial occupation,” revealing much about his ideology. Using such terminology to describe Israel denies facts and history. Jews are indigenous to the land of Israel, and the Jewish connection to the land dates back thousands of years.

He also said that “Israeli settlers and even the Israeli army trample daily on the holiness of holy sites including the Al-Aqsa Mosque and the Church of the Holy Sepulcher.” The mosque to which he refers, of course, is located on the Temple Mount, the holiest site in Judaism, which he doesn’t acknowledge. When Jews visit it, according to Abbas, they are apparently “trampling” their own sacred site.

One part of his speech, however, stood out, even among the many distortions and falsehoods. Abbas insisted that all of what he referred to as “East Jerusalem” become his capital, and that without it, all of it, there would be no peace.

Peace in our region cannot be realized without an independent Palestinian State, with East Jerusalem as its capital and with all of its holy sites. There are many people who try to outsmart us. They say that your capital is in East Jerusalem—no, that is a manipulation of words, no—meaning Abu Dis, here or there and the areas surrounding Jerusalem. Our capital is East Jerusalem and not in Jerusalem. No one outsmarts us. Abu Dis and I do not know where—they say. No. East Jerusalem that was occupied in 1967 is our capital.

There is no peace otherwise.

When Abbas says that peace will never happen until Palestinians have exclusive control over all sections of Jerusalem that Israel captured in 1967, he is in fact dedicating himself to violence and terror, because he knows full well that Israel will never cede all of those neighborhoods of Jerusalem. When he insists on a condition that he knows is impossible, he is in effect saying that he chooses to continue the conflict instead of providing his people with a homeland of their own.

Jews’ holiest sites—the Temple Mount, the Kotel (Western Wall), and the Mount of Olives—are all located in the territory that Abbas demands as a prerequisite for peace. When Jordan controlled these areas for 19 years, Jews were denied access to them. When Jews visit them now, Abbas calls those visits a defilement. In contrast, today, while under Israeli rule, Muslims have full access to their holy sites subject only to security regulations. Muslims, in fact, have greater rights to the shared sites than Jews do, as Jews are barred from prayer on the Temple Mount.

Jerusalem, including eastern Jerusalem, is the holiest city of the Jews, and it was the capital of the ancient Jewish kingdoms. While Abbas has already rejected an Israeli proposal in 2008 that would have provided for shared control over the holy sites, the idea of turning them entirely over to Palestinian rule is a non-starter.

Moreover, there is no basis for his claim, as the city Abbas seeks for his capital has never in history been under Palestinian rule, and it’s never been an Arab capital. During the short period that eastern Jerusalem was under Jordanian rule, the city and its holy sites were “largely neglected.”

The message of this demand is yet again refusal to end the conflict. Just as Yasser Arafat would never sign on to an end-of-conflict at Camp David and Taba in 2000-2001, so his successor rejects compromise, and perpetuates violence and hatred.

Abbas ensures that peace, as well as the state that he claims to want, remain out of reach while he mouths transparently hypocritical words of peace. His speech was, for anyone with even a partial memory of the recent past, a call to continue violence and bloodshed.

Karen Bekker is the assistant director of the Media Response Team at CAMERA, the Committee for Accuracy in Middle East Reporting in America, a media-monitoring, research and membership organization devoted to promoting accurate and balanced coverage of Israel and the Middle East.