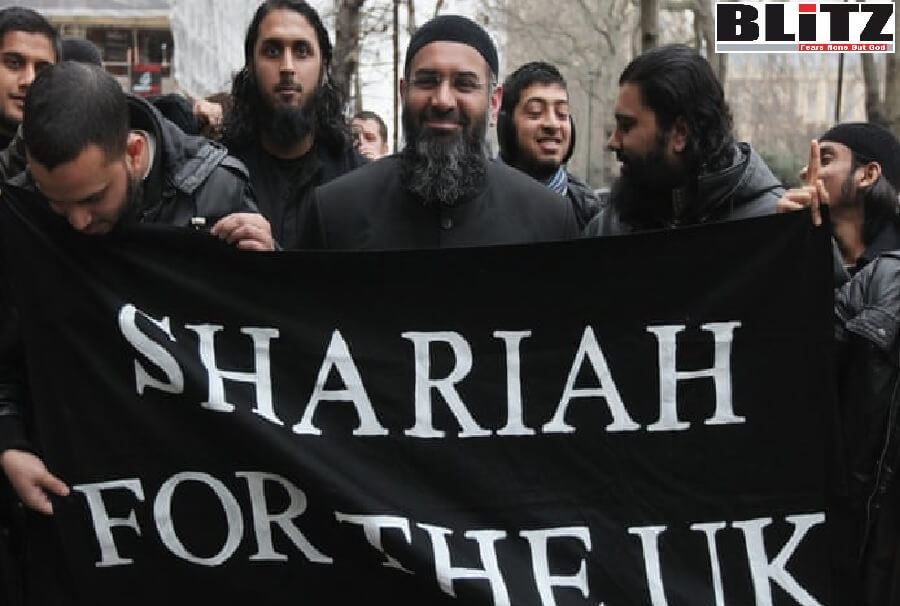 Britain is gradually slipping into the grips of radical Muslims and jihadists with large portion of London in particular been already under the control of Muslims where Sharia rules are being enforced, media reports said, now Muslim jihadists are enforcing strict Sharia rule inside British prisons.

Counterterrorism specialist Sir Jonathan Hall said, self-styled emirs (mostly affiliated to the Islamic State or Daesh) have enforced Sharia rule in Belmarch and Whitemoor prisons. He made the comments in his review of how terrorism is being dealt with inside prisons in the United Kingdom as well prisons in other European Union nations.

Sir Jonathan also claimed that prison staff are unable to do their jobs properly because they are “worried about making false assumptions based on a lack of cultural familiarity with Islam or Muslims”. And if any fellow prisoners are found to be making, what the Sharia court “judges” deem to be comments which fall foul of their rules, there are enforcers on hand to “flog them” and make them do “menial tasks” such as cleaning ceilings – they are also banned from using the showers and kitchens unless they stick to a halal diet.

Deputy Prime Minister Dominic Raab said that religious and cultural sensitivities “must not be allowed…to deter us from clamping down and nipping in the bud early the precursor signs of radicalization”.

He said, “That can be things like the step from eating halal, which of course we want to respect, to requiring others in their wings or kitchens to follow Sharia rules”.

Meanwhile, according to another news source, activities of jihadist trojan horse Tablighi Jamaat has deeply penetrated inside various prisons in England where non-Muslims are becoming targets of radicalized Muslim prisoners and in some cases are even forced to convert into Islam. Tablighi Jamaat is also offering monthly stipend to the families of newly converted Muslim prisoners.

It said, Friday prayers are held in most of the UK prisons, where fatwas are issued openly calling upon Muslim prisoners to wage jihad against Jews, Christians and “enemies of Allah”. It also reminds the Muslim prisoners of their “divine responsibilities” of enforcing Sharia inside and outside of the prisons adding that “Muslims have responsibility of bringing lands of infidels, Jews, Christians and non-Muslims under the flag of Islam and enforce Caliphate for the sake of enjoying unending luxury and comfort in the heaven in the life after”.

Conversion to Islam in prisons refers to the modern phenomenon seen in the Western world of a statistically high incidence of incarcerated criminal non-Muslims converting to Islam while in the prison system. In the decade preceding 2014, the number of conversions to Islam among prisoners in Western countries outpaced all other religions, with the overall imprisoned Muslim population (jailhouse converts to Islam plus inmates who entered the prison system as Muslims) growing as a result.

According to The Daily Mail report, Muslim terrorists and jihadists are using their ‘celebrity’ status in prison to set up Sharia courts and punish inmates by flogging – and make false racism and Islamophobia claims against jail staff who are too scared to put them in isolation.

High-profile inmates at jails including Belmarsh and Whitemoor are styling themselves as ’emirs’ and using their ‘celebrity’ status in efforts to take over prison wings and radicalize jailed Muslims, according to independent reviewer of terror legislation.

‘Insincere allegations of racism and Islamophobia’ are made against staff to ‘delegitimize’ their authority, weakening their ability to halt the terrorists’ control over prison life.

Vulnerable prisoners are also groomed with gifts in an attempt to convince them to spread terror when they are finally released.

In some regions, a significant proportion of the growth of the Muslim population through conversion (i.e., growth which is neither the result of Muslim immigration nor natural Muslim birth rates) has been attributed to prison conversions specifically, rather than conversions of persons from the general non-incarcerated population. In the United Kingdom, for instance, the country’s total Muslim population exceeded over 3 million in 2016, though that constituted only around 4.8 percent of the general UK population. Nevertheless, the proportion of UK prisoners who were Muslims in 2016 was 15 percent. Some of this can be explained by the increasing number of foreign national prisoners in UK jails.

In 2013, a Ministry of Justice analysis suggested that a significant number of Muslim prisoners were not British, but were from overseas countries that were predominately Muslim such as Pakistan and Somalia. As of 2021, Albanians, who are mostly Muslims, form the largest group of foreign nationals in UK prisons.

Of the millions of Muslims in the general UK population in 2011, only 5,000 were persons who converted to Islam that year. Yet in that same year around 30 percent of Muslim inmates are converts [to Islam…] and many of those are, according to previous Home Office research, from black ethnic backgrounds. In 1999, it was found that in the United Kingdom 37 percent of Muslim male prisoners were black Muslims compared with 7 percent [Black Muslims] in the wider (British Muslim) population, with most Black Muslim inmates being converts to Islam. Meanwhile, less than 1 percent of [British] Black Caribbean are Muslims generally, in jail the figure is almost 19 percent. However, the majority of Muslim prisoners in UK jails are immigrants from Asia, the Middle East and North Africa, an increasing number of Muslim inmates are converts to Islam.

According to a 2019 Ministry of Justice report, some non-Muslim prisoners were being put under pressure to convert to Islam, with threats of violence.