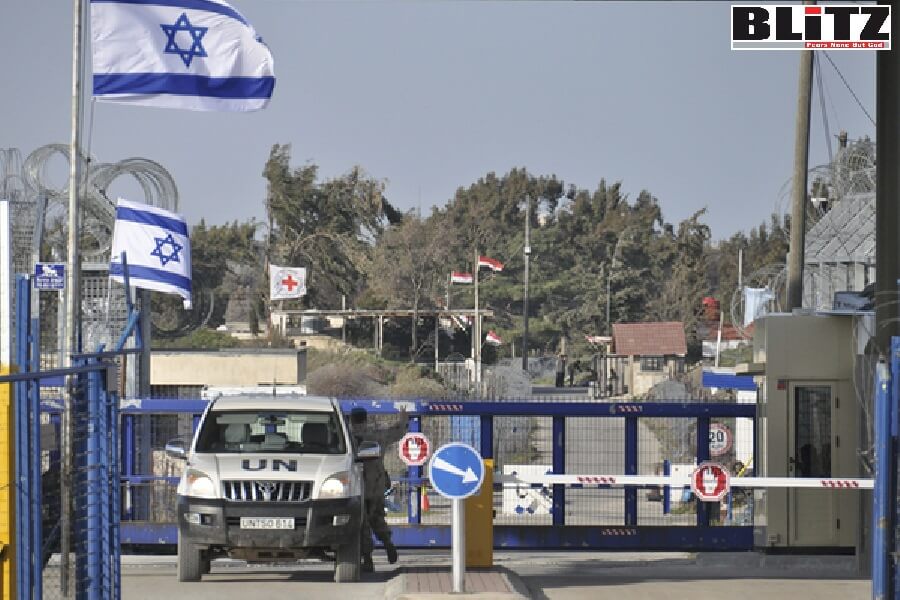 Joe Biden clearly has expressed his bias towards mega-terror outfit Hamas and Palestinians as he rescinds recognition of Golan as part of the State of Israel. Israeli and pro-Israel media around the world were abuzz on June 25, 2021, after American media reported that the Biden Administration was rescinding former US President Donald Trump’s historic recognition of Israeli sovereignty over the Golan Heights.

Back in February this year, US Secretary of State Anthony Blinken had hinted that such a move was coming when he refused to answer a reporter’s question over whether or not the Biden Administration would honor Donald Trump’s policy shift.

The Golan Heights “remains of real importance to Israel’s security,” said Blinken at the time, but he would not confirm the strategic plateau’s official legal status vis-a-vis US foreign policy. Meanwhile a State Department spokesman told The Washington Free Beacon that the current administration still supports Israel’s control of the Golan. But he also said that should the situation in Syria change, the Golan could be back on the negotiating table, meaning, Israel is not the sovereign in the Golan Heights.

“Suggesting that if [the Assad regime] falls and the Iranians leave Syria, the Golan Heights should be given to Syria misreads history and misreads the eternal security needs of the state of Israel,” Mike Pompeo told the Free Beacon.

Israelis almost couldn’t believe it when Trump followed up his recognition of a united Jerusalem as Israel’s capital with recognition of their sovereignty over the Golan. It was almost too good to be true. And there were always concerns that a future US administration would rescind the order.

Meanwhile, news of Biden’s policy shift on the Golan did not sit well with Israeli officials from across the political spectrum.

Israel’s Internal Security Minister Omer Bar-Lev of the left-wing Labor Party insisted that “Trump’s recognition didn’t make the Golan any more Israeli than it already was, and Biden’s decision won’t make it any less”.

Minister of Agriculture and Rural Development Oded Forer of the right-wing Yisrael Beiteinu faction called on Israel’s new unity government to respond to the White House by “putting forward an expanded government decision supporting [Israel’s claim to] the Golan Heights and committing to doubling the population there as soon as possible”.

“The Golan is an inseparable part of the State of Israel,” emphasized Oded Forer.

More outrageous actions of the Biden Administration may be on the pipeline, which would greatly benefit Israel’s enemy Iran and its proxies such as Hamas. According to media report, some in Biden’s Democratic Party are not satisfied only with walking back US recognition of Israeli sovereignty over the Golan. They want the president to also again relate to Jewish settlements in Judea and Samaria (the so-called “West Bank”) as illegal.

“Make clear that the United States considers settlements to be inconsistent with international law by reissuing relevant State Department and US customs guidance to that effect,” the letter reads.

It is clearly understood, United States is gradually slipping towards anti-Israel bloc especially due to evil influence of the socio-Islamist forces as well as some anti-Israel Jewish lawmakers. This is a real threat to the peace in the Middle East as Biden’s actions in support of Palestinians and even Iran would only push the entire region towards deeper chaos and uncertainty. Countries like Saudi Arabia, for example should act quickly in consolidating its influence in the Middle East and the Muslim nations and effectively counter Iran’s nefarious propaganda. For Saudi Arabia, the best option is immediately normalizing relations with the State of Israel and encourage other Arab and non-Arab Muslim nations in following its footstep.