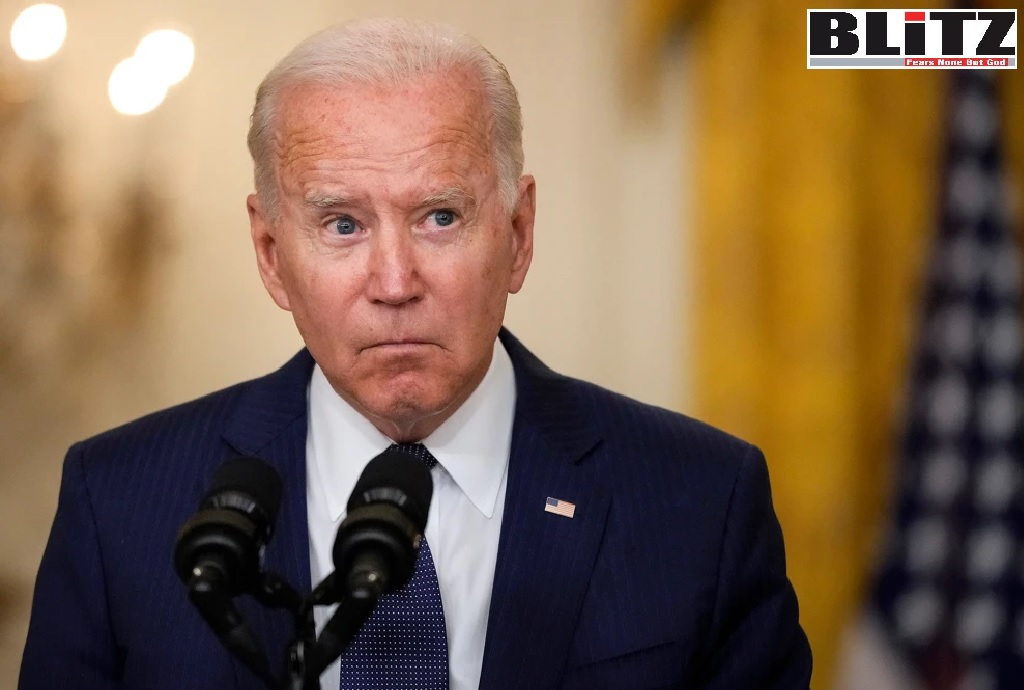 People in the US and the world mostly talk about President Joe Biden suffering from dementia and even say, he is unfit for presidency. While Biden has already emerged as the most unpopular president since the second world war, his staffers are struggling to hide his remarks beneath numerous excuses. Now during his South Korea trip, he has openly proclaimed war against China stating America would send military to defend Taiwan against “attack by China”. White House insiders are already saying, Joe Biden is not speaking off script or maybe he just does not think much of the script, which may invite unwarranted trouble for America.

According to The New York Times: “Offhand remarks that vary from the official talking points have become a feature, not a bug, of the Biden presidency.

“Each time he says what he really thinks, there is the ritual cleanup brigade dispatched by the White House to pretend that he did not really say what he clearly articulated — or that even if he did, it did not really amount to a change in policy. But then Biden, unperturbed and unapologetic, goes out and does it all over again.

“His remarks on Taiwan on Monday were just the latest instance of a president saying out loud what is on his mind even if it leaves his staff scrambling to spin it away afterward. In March, he called President Vladimir Putin of Russia a war criminal (just his opinion, not a legal conclusion, aides quickly explained). Then days later, he ad-libbed at the end of a speech that Putin “cannot remain in power” (just an observation, they said, not a call for regime change)”.

This was not the first time Joe Biden has said he would come to the defense of Taiwan militarily. In fact, it was the third time Biden has said so, making the nothing-to-see-here White House demurrals that much harder to sell. In fact, Joe Biden has expressed his desire of starting a new war front in Taiwan by engaging into another proxy war, despite the fact that his frantic bids of defeating Russia in Ukrainian soil is gradually becoming a mission impossible.

Biden’s improvisation in Tokyo stirred a mix of reactions back in Washington, where most of the political leaders mocked him for indiscipline.

Tommy Hicks Jr., a Republican National Committee co-chairman and close ally of former President Donald Trump, saw incompetence not courage. “Another clean-up job from the Biden spin room”, he wrote. “He cannot go overseas without saying something that his team has to walk back minutes later. It’s reckless and embarrassing”.

But immediately after his reckless comments centering China, Biden privately asked his staffers to somehow downplay the statement with some sort of clarification.

People may start thinking, why the US president, who has been failing disastrously in addressing several key issues, which has already put him into the dishonorable position of being the most unpopular man in the White House since the WWII, is making attempts of engaging the US in numerous proxy wars in the world. The reply is simple. Biden knows, following November’s midterm elections, his days in the White House will be numbered as there will certainly be impeachment motions against him. There is every risk for Joe Biden getting impeached. So before that real disaster happens, he wants to at least save himself and his son from grand humiliation as Ukrainian company Burisma reportedly is threatening of leaking several “special videos” of Hunter Biden if Joe Biden does not comply with Zelensky’s undue demands. Burisma also is threatening Biden of leaking several documents proving high-profile bribery. These are all nightmare for Joe Biden and his son. A man with dementia really cannot absorb such terrible mental stress. His latest statement centering Taiwan is just a result of his mental instability.