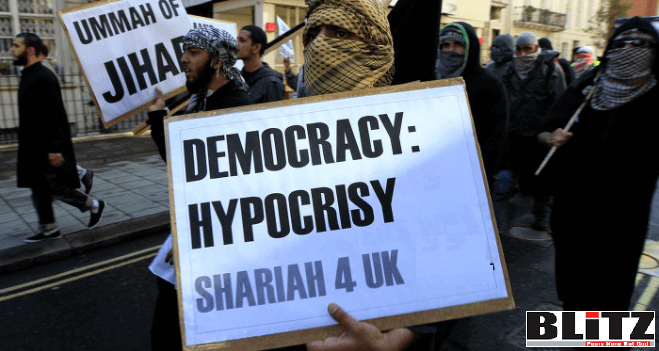 Monty Python comedian John Cleese recently had the audacity to tweet that London is no longer an English city and that he could not help but notice that it was a pro-E.U. stronghold. Naturally, he was lambasted for his remark with the usual slurs: racist, bigot, and Islamophobe. No-one disputes the veracity of his claim, but in the United Kingdom, you are not supposed to say uncomfortable truths out loud.

London’s Mayor Sadiq Khan attacked him for his remarks, which is curious because he has been one of the most outspoken anti-English, open borders E.U. proponents in British politics in recent years. He does not like to refer to himself as British, but rather as a “proud European.” He has made several video ads bragging about how non-English and multicultural London has become, with native Brits now being a minority in their own capital. “Diversity is our greatest strength” is his Orwellian mantra, implying that being English is a weakness.

Yes, that is the very same mayor that President Donald Trump referred to as a “stone cold loser” in a tweet before his official state visit to the U.K.

As a former Labour Party supporter, and later a Liberal Democrat in favor of the E.U., the attacks on Cleese appear moot. He has been on the political Left his entire life, and that he now is being attacked by his former comrades is not because he has changed, but rather because his own side has moved so far to the left.

Cleese is by no means extreme. As a comedian, he has the training and proclivity to put into words what many people are thinking but don’t dare to say out loud. Cleese is only channeling a concern that ordinary Englishmen have.

London used to be one of the safest metropolitan areas in the world. It was so safe that the story of the savage serial killer Jack the Ripper in 1888 became the stuff of legends. Today, the murder rate is higher than in New York.

The number of knife stabbings has skyrocketed and acid attacks have risen steeply to a record high 465 cases in 2017. Rape is so common that it is no longer newsworthy, except in especially egregious cases, such as when a London girl was raped three times by independent perpetrators on her way home in 2017, one of the instances being a gang rape.

These behaviors are not part of English civic culture, and despite Khan’s claim that diversity is a strength, it turns out that the people who have come to London from far away lands often bring their problematic cultures with them.

Cleese also points out that a disturbingly high percentage of the inhabitants of London are pro-E.U. This, in part, reflects the fact that 70% of Muslims in the U.K. voted “remain” in 2016. With current demographic trends and increases in migration, the outcome of the vote may not have been in favor of Brexit if it were held a decade or so later.

The question that Cleese’s critics should be asking is whether the native people of the British Isles have a right to be concerned about becoming a minority in their own ancestral lands, replaced by people who do not share their values.