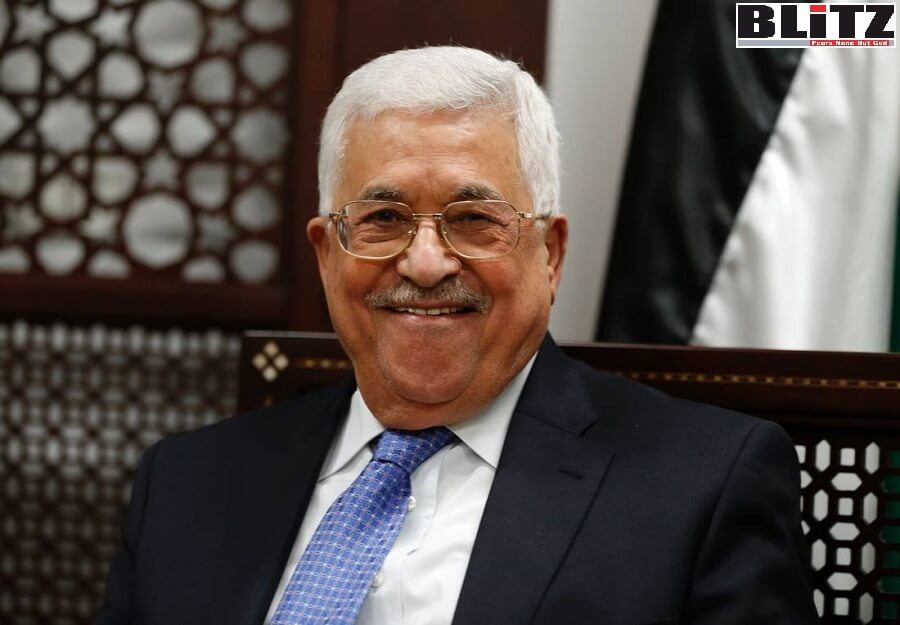 Mahmoud Abbas is mistrusted by most Arab Israelis for cutting a deal with Bennett, but when the money starts flowing to Israeli Arab cities and towns, they will appreciate his putting their interests first, instead of waiting, likely in vain, for some “two-state solution to the Palestinian problem” that recedes in the middle distance like a will-o’-the-wisp. Writes Hugh Fitzgerald

Earlier this year, first one, and then another, and then two more Arab states, decided to normalize their ties with Israel, to exchange ambassadors, to make business deals, to seek high-tech help, to encourage trade and tourism both ways, with the Jewish state. Those four countries are the United Arab Emirates, Bahrain, Morocco, and Sudan. By far the most enthusiastic of those states, and the one that has enjoyed the most flourishing relationship with Israel, is the UAE. Meanwhile, inside Israel, a “normalization of ties” of a different sort – between the Israeli political establishment and the Israeli Arab politician Mansour Abbas – has also taken place. Herb Keinon connects the dots here: “How did the Abraham Accords fundamentally shift Israel’s politics?,” Jerusalem Post, July 3, 2021:

“Fundamentally, the UAE and Israel decided to do things differently with the signing of the historic Abraham Accords in 2020,” Foreign Minister Yair Lapid and his Emirate counterpart, Sheikh Abdullah bin Zayed Al Nahyan, wrote on Thursday in the Abu Dhabi newspaper The National.

“With the establishment of diplomatic relations between the UAE and Israel, our two countries set out to determine a new paradigm for our region…,” they wrote. “While the Abraham Accords were the first of their kind in our region, they represent a future that we believe must become more commonplace: one in which differences are set aside in favor of dialogue.”…

Is it a coincidence that just as the Abraham Accords were signed in the fall, ushering in a paradigmatic shift in Israel’s relations with the Arab world, overtures were being made between then-prime minister Benjamin Netanyahu and Mansour Abbas, then of the Joint List?

The Abraham Accords were based on the decisions by several Arab states to promote their own self-interest, rather than holding back, a s they had for decades, because the “Palestinian cause” required it, from establishing better ties with the Jewish state. In the same way, one Arab politician in Israel, Mansour Abbas, concluded that he would be a practical politician, someone who could deliver the goods to his constituents, helping get funding for roads and schools and electricity grids and Internet connections and more police, instead of putting all that off until the dream of a Palestinian state could be realized.

Those overtures then led to a paradigmatic shift in Israeli politics, with Abbas breaking away from the Joint List of four Arab parties and running independently with his own Ra’am (United Arab List) faction, with a message that it is okay to join forces with a Zionist government – even a right-wing Zionist government – if this promotes Israeli-Arab interests.

This shift went in both directions: Netanyahu and the Likud willing to cooperate with an Arab party, long viewed on the Right as a veritable fifth column in the Knesset; and an Arab party willing to deal with a right-wing prime minister who built in the settlements, continues to enforce a blockade around Gaza and in 12 years made no progress on the diplomatic front with the Palestinians.

Once Netanyahu and the Likud crossed the Rubicon and showed a willingness to cooperate politically with Abbas, that paved the way for other parties in the Knesset to do the same. This eventually led to the formation of the current 61-seat coalition, which includes, and depends for its survival, on Abbas and Ra’am’s four seats….

It was Benjamin Netanyahu, the darling of the Israeli Right, who first made overtures to Mansour Abbas. Because he was from the right of the political spectrum, Netanyahu could get away with making overtures to Israeli Arabs that left-wing politicians could not. The Right trusted him not to betray them, not to give away the store to an Israeli Arab politician; someone from the left-wing Meretz Party would have been pilloried if he, or she, had entered into dealings wih Mansour Abbas. Netanyahu was not only friendly – he was prepared to make a deal. If Mansour Abbas could pledge the support of his MKs for Netanyahu, Netanyahu in turn would help fulfill Abbas’ demand for increased government aid for Israeli Arabs; he might even give Abbas’ Ra’am Party a seat in the cabinet. In the end, it was Naftali Bennett, and not Benjamin Netanyahu, who made the deal with Mansour Abbas; his four MKs were the key to Bennett becoming Prime Minister with a one-seat majority – 61 seats – in the Knesset.

Once Netanyahu began openly making overtures to Mansour Abbas, everyone to the left of him now had the political cover they needed to do the same as “Mr. Security.” And Mansour Abbas had decided he would put the interests of his people, the Israeli Arabs, first. Yet though he managed to squeak just past the electoral threshold and into the Knesset with four seats, Abbas’s conciliatory approach and his philosophy of engagement with the Right – even though the Palestinian issue remains far from being resolved – has not brought him widespread popularity on the Arab street.

Abbas has staked his popularity on being able to deliver the goods for Israeli Arabs. So far he seems to have succeeded. Bennett’s government has promised $16 billion to build new infrastructure for the Israeli Arabs, and to end the epidemic of Arab-on-Arab crime by funding more police, and offering young Arabs vocational training that, it is hoped, will lessen the allure of violence and crime. Once this money begins to flow, and the roads and schools are being built, the Arabs who now dislike him for his supposed “betrayal” of the Palestinian national cause may come to appreciate his political calculations.

His future, and that of his party, is believed to be very much dependent on the survival of the current government, for if the government were to fall now and elections called tomorrow, Ra’am would likely join Yamina, New Hope and Meretz as parties that may struggle just to make it back into the next Knesset.

These are all parties that have four Knesset members – the minimum number needed by a party to be represented. Should the current government fall and new elections be called, some assume Abbas’ party will sink below the four seats necessary to remain in the Knesset. I don’t agree. Isn’t it more likely that Ra’am may gain seats at the expense of the other Arab parties, now that the Israeli Arabs realize that Abbas has proven himself able to get a pledge of $16 billion for them, to fund the domestic projects the Arab Israeli Arabs most need, and want.

And this is where the Abraham Accords come into play, and where Abbas was able to derive legitimacy for his steps.

If the United Arab Emirates could negotiate and eventually sign a deal not only with Israel, but with the right-wing Netanyahu, because of a realization that by so doing they are advancing the interests of their country, then why can’t an Israeli-Arab party cooperate with and even join an Israeli government, even one with a right-wing prime minister, if by so doing it can advance the interests of Israeli-Arabs?

If it is okay for the UAE, even though the Palestinian issue has not been resolved, to normalize ties with Israel because this will help it push back against Iran’s hegemonic regional designs, allow it to benefit from Israel’s technological, agricultural and intelligence prowess, and enable it to buy F35s from the US, then why is it not equally okay for an Arab party to deal with a right-wing Israeli government if this benefits the Israeli-Arab community?

Surely what’s sauce for the Emirati goose is sauce for the Israeli Arab gander. The Emirates have already benefited tremendously from the normalization of ties with Israel that the UAE hammered out with the right-wing Netanyahu, while Mansour Abbas has benefited – if the coalition holds, and new elections are not called – from making a deal with the right-wing Naftali Bennett which would provide $16 billion in new funding for Israeli Arabs.

Abbas realized that he who sits around the table, gets fed, and that if the Israeli-Arab community wants to get a fair share of the country’s resources – and not just thrown some scraps from the table from time to time – it needs to be around the cabinet table. And it must be willing to sit at that table even if it doesn’t like everything that the cook is dishing out for others….

Here, too, Abbas can gain cover from the United Arab Emirates and the other Abraham Accords countries that have carried on with their normalization with Israel despite May’s mini-war in Gaza.

It is no small thing that Lapid went to the UAE – or that Abu Dhabi welcomed him – just a month after Israel fought Hamas. Moreover, the Emirati hosts made it clear throughout the visit that the Gaza conflict was not going to impact the burgeoning ties. Why not? Because those ties are good for the UAE….

On the surface, Lapid’s visit to Abu Dhabi and coalition developments this week seem to have taken place in isolation. But they did not. There is a line that connects those two distant dots: The Abraham Accords and Ra’am’s membership in this coalition.

The Abraham Accords came about because four Arab states decided they would pursue their own national interests, which could best be promoted by closer ties with Israel, instead of waiting until such time as a “solution” to the ”Palestinian problem” could be found. They have already been reaping rewards, some more and some less, with the Emirates in the forefront, in the form of deals on trade, technology, and tourism. Israeli offers to its new partners help, too, in water management (including drip irrigation, recycling of waste water, and producing water from the circumambient air), solar energy, and cybersecurity, all areas in which Israel is a world leader.

Abbas is mistrusted by most Arab Israelis for cutting a deal with Bennett, but when the money starts flowing to Israeli Arab cities and towns, they will appreciate his putting their interests first, instead of waiting, likely in vain, for some “two-state solution to the Palestinian problem” that recedes in the middle distance like a will-o’-the-wisp.