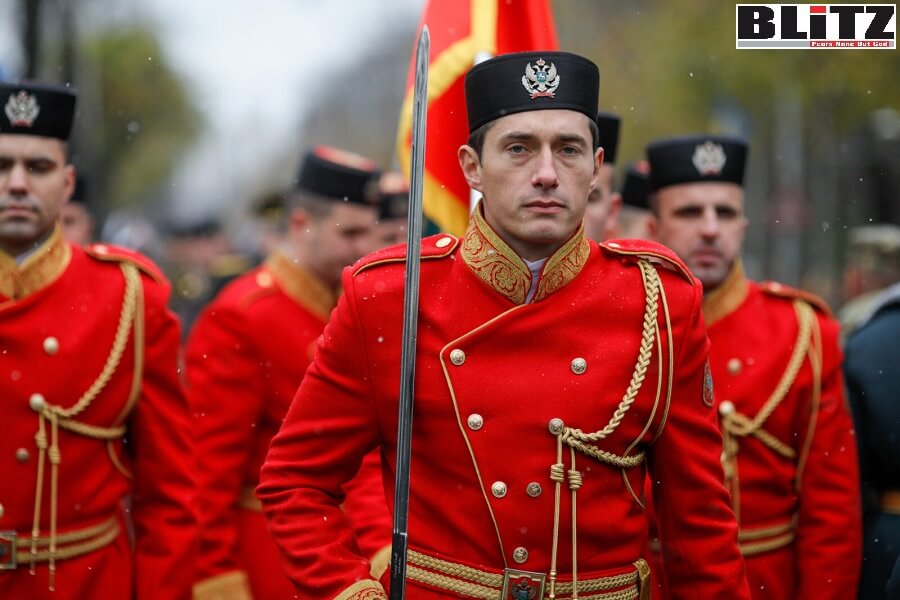 After Yugoslavia’s (Serbia) President Slobodan Milosevic refused to accept the so-called Rambouillet Agreement in 1999, which in reality was NATO ultimatum that demanded from Serbia and Montenegro to allow NATO troops to occupy the province of Kosovo as well as that NATO can build bases in Serbia, and that all NATO personnel have diplomatic immunity, which means that they could not be held criminally responsible in Serbia and Montenegro, NATO attack was launched without any authorization from the United Nations. The intervention was called humanitarian under the pretext of stopping the persecution of Albanians. In media presentations by the BBC, the Serbs were the modern Nazis and Albanians the Jews. After they successfully presented the Serbs as the bad guys, NATO had a free hand to open excessive force. NATO claims about tens of thousands of killed Albanians later turned out to be completely false. The real death toll in Kosovo before NATO attack was revealed after the war and it was  around 2,000 with the majority of the killings committed by the armed terrorist-separatist group, the Kosovo Liberation Army (KLA). The KLA, previously classified by Washington as a terrorist organization, was elevated in the run-up to the war as the sole legitimate representative of Kosovo’s Albanian population. The KLA sought to create as much violence and death as possible in order to pave the way to NATO intervention.

The war against Serbia and Montenego lasted for 78 days. Hospitals, factories and schools were destroyed, along with bridges, roads and military infrastructure. The airstrikes killed around 2,500 people and wounded another 12,500. The bombing destroyed and damaged 25,000 housing units, 470 km of roads and 595 kilometers of railroad were disabled. 14 airports, 19 hospitals, 20 health centers, 18 kindergartens, 69 schools, 176 cultural monuments and 44 bridges were damaged while 38 were destroyed, according to Serbian estimates. During the bombing, 2, 300 air strikes were carried out on the 995 facilities across the country. NATO launched 1,300 cruise missiles, bombed Serbia and Montenegro with 37,000 “cluster bombs”, using prohibited ammunition with depleted uranium. The decision to bomb Serbia and Montenegro was made for the first time in history, without the approval of the UN Security Council. One of the NATO airstrikes used laser-guided bombs to take out railway bridge in southern Serbia, killing at least 10 people on a passenger train. A deliberate attack on the Serbian TV broadcaster RTS in Belgrade took lives of 16 civilian workers. This was the first case that the media house was declared a legitimate military goal. In one of the most provocative acts of the war, NATO carried out a strike on the Chinese embassy in Belgrade, killing three men. Washington claimed that the bombing was an “accident”. The “humanitarian” intervention to halt “ethnic cleansing” has resulted in massive ethnic cleansing. After NATO arrived, 250,000 Serbs were expelled from Kosovo.

Also, the 2004 unrest in Kosovo is the worst ethnic violence case in Kosovo since the end of the 1998–99 conflict. The violence erupted in the partitioned town of Mitrovica, leaving hundreds wounded and at least 14 people dead. The unrest was precipitated by misleading reports in the Kosovo Albanian media which falsely claimed that three Kosovo Albanian boys had drowned after being chased into the Ibar River by a group of Kosovo Serbs. That is why Albanians are embarking on a coordinated action against Serbs, in which they have committed numerous crimes. Given the magnitude of the action, it is clear that this ethnic cleansing was planned and not spontaneous. Here, too, the question must be asked whether it is possible that NATO intelligence services did not have operational information that Albanians were preparing attacks on Serbs, with the aim of ethnic cleansing of Kosovo. The answer is obvious, especially if we keep in mind that NATO forces have peacefully observed the ethnic cleansing of Serbs, even if their primary task in Kosovo is to maintain peace and order. At the end, the “humanitarian” intervention to halt “ethnic cleansing” has resulted in massive ethnic cleansing. After NATO arrived at Kosovo, 250,000 Serbs were expelled from Kosovo.

Years later, International courts in Pristina have prosecuted several people who attacked several Serbian Orthodox churches, handing down jail sentences ranging from 21 months to 16 years. However, these are extremely small numbers of people and with small penalties. The absolute majority of criminals were not punished. A part of the destroyed churches have since been rebuilt by the Government of Serbia and in cooperation with the Serbian Orthodox Church and the UN mission in Kosovo. However, almost none of the exiled Serbs returned to Kosovo. It is important to note that NATO forces have peacefully observed the ethnic cleansing of Serbs, even if their primary task in Kosovo is to maintain peace and order.

Everything that happened after 1999 proved that NATO’s primary goal was not the protection of human rights, but the abuse of this idea for classical geopolitical possession of strategic space, in this case, the southern Serbian province of Kosovo. The Serbian army fought heroically in Kosovo and it was not defeated on the battlefield. The withdrawal of the Serbian army from Kosovo was caused by an open threat from the NATO that it will exert over Serbia humanitarian destruction of the whole country. When the destruction of infrastructure did not give results, NATO began hitting hospitals, trains full of passengers and throwing away so-called graphite bombs that destroyed the electrical network and left entire cities without electricity. Cluster bombs were thrown in the cities, and bombardment of depleted uranium kills Serbs even today.

Immediately after the bombing the regime change operation was supported, after which the “reform of Serbia” began. Shortly after the arrival of pro-Western authorities in Serbia, in October 2000, “the reform of the Serbian army” began. The majority of proven war officers were retired, while the number of soldiers was so low, to the level, at which the security of the country was seriously threatened. Through its agents of influence, NATO played a major role in separating Montenegro from Serbia. Yet again, two decades later, despite its propaganda and corruption of the elite, NATO is still undesirable among the ordinary people. Montenegro became a member of NATO by political violence, against the will of its citizens in 2017. Serbia and Republic of Srpska continue to resist. More about NATO’s activities in the world can be seen in an excellent documentary.