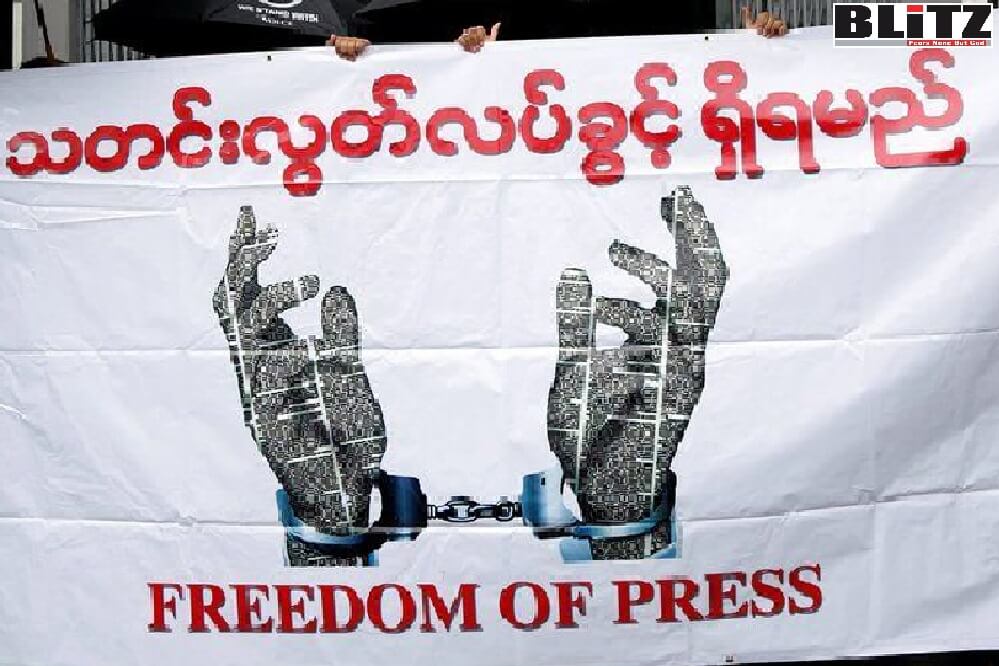 In one hand, Myanmar’s military junta has been systematically tearing apart all democratic institutions, including media and civil society and targeting the media and journalists for their reports on what is happening in today’s Myanmar; they also are taking all necessary measures in stopping over one million Rohingya refugees from returning to their homeland in Arakan province. Meanwhile, with direct patronization from Pakistani spy agency Inter Service Intelligence (ISI) and funding from several terror-patron nations including Qatar, Turkey and Iran, radical Islamic militancy outfit Arakan Salvation Army (ARSA) has been gradually increasing its size with fresh recruitment of male and female fighters, including suicide squad and looking for proclaiming caliphate within Cox’s Bazar district in Bangladesh and part of Indian provinces.

Most surprisingly, Myanmar authorities have also started providing logistics to these Rohingyas with the nefarious agenda of shifting responsibility of taking back these huge number of refugees back to Myanmar and turn them into not only a massive headache and burden to Bangladesh, but also to transform Rohingyas into mere monsters. With this nefarious agenda, Myanmar’s state-owned operator ‘MPT’ has installed over one dozen mobile phone towers within Bangladesh-Myanmar borders enabling Rohingyas in using the service, while majority of the trans-border drugs and arms dealers are also using ‘MPT’ services, which cannot be intercepted by the Bangladesh authorities.

Back in August 2017, over one million Rohingya refugees fled to Bangladesh due to extreme persecution of the Myanmar military forces. Bangladesh had provided shelter to these refugees purely on humanitarian ground. But now, according to media reports, Arakan Rohingya Salvation Army or ARSA, which was formerly known as Harakahal-Yaqin has succeeded in recruiting more than two thousand Rohingyas as members of this jihadist outfit, while there are approximately 150 females in it. ARSA has been increasing number of recruits, while a section of the Rohingya jihadists are trained by Pakistani spy agency Inter Service Intelligence (ISI) within the mountainous areas in Nepal.

Recently American journalist Nathan Maung was deported by the military. But his colleague Hanthar Nyein, one of the journalists of news website Kamayut Media is still languishing in prison facing false and fabricated allegations.

According to the Committee to Protect Journalists (CPJ), armed authorities raided the office of news website Kamayut Media in downtown Yangon, Myanmar on March 8, and Nathan Maung and his Myanmar colleague Hanthar Nyein were arrested, blindfolded, and taken to a military interrogation center, where for more two weeks they were interrogated, abused, and beaten before being sent to Yangon’s Insein prison Both were charged under Article 505(a) of the penal code, a broad provision that punishes the dissemination of information or “false news” that could agitate or cause security forces or officials to mutiny, and other criminal provisions. It carries a prison sentence of up to three years.

According to CPJ’s preliminary research, dozens of reporters have been detained while covering anti-coup protests or in newsroom raids since the military staged a democracy-suspending coup on February 1 this year.

Maung was released from prison on June 15 and deported to the United States after the charges against him were dropped.

It may be mentioned here that, hundreds of protesters were blocked by the military in Yangon’s Sanchaung Township on March 8, where journalists were working very hard to make sure none of t journalists and friends not to be arrested.

Kamayut Media has been targeted since 2012 when it started to report on communal crises in Rakhine State and other places caused by the military and their associated groups. It has been promoting human rights journalism and focuses on structural and cultural violence that leads to physical violence.

According to American citizen and Kamayut Media editor Nathan Maung, interrogators asked Hanthar Nyein to take off his shirt and pants and attempted to rape.

After extracting password of Hanthar Nyein’s iPhone, interrogators found several photos of him with Aung San Suu Kyi, President Htin Kyaw, Min Ko Naing and foreign correspondents who were working with him for several years. But Hanthar’s photo with Aung San Suu Kyi was used as evidence of his taking part in conspiracy against the military establishment.

They brought charges under section 505(a) of the penal code for allegedly attempting to cause disunity and undermine the armed forces.

But Nathan Maung was fortunate as he is an American citizen. Myanmar’s military was pressured by the US government and ASEAN delegation [the Association of Southeast Asian Nations, a 10-member regional bloc] for his release.

Myanmar’s military junta believes, the anti-coup “Spring Revolution” would die if there was no media presence on the ground. They believed; the Civil Disobedience Movement happened because of the media. Meaning, persecuting journalists will not stop in Myanmar, unless the military junta is defeated through civil coup. And this may not be a possibility. Aung San Suu Kyi no more remains any icon of democracy or human rights, especially because of her cruel role during persecution on Rohingya community and later similar atrocities on other religious minority groups in Myanmar. At the same time, there is no optimistic sign of any international pressure on Myanmar. Meaning, the country certainly is moving towards a guerilla-type civil war, admixed with insurgency and militancy. Although Myanmar authorities are now seeing ARSA as an effective tool of helping it from never accepting the Rohingya refugees back to Arakan; pretty soon, ARSA will equally turn into a monster for Myanmar’s ruling elites and Buddhist population. Myanmar is on the road to bloodbath.