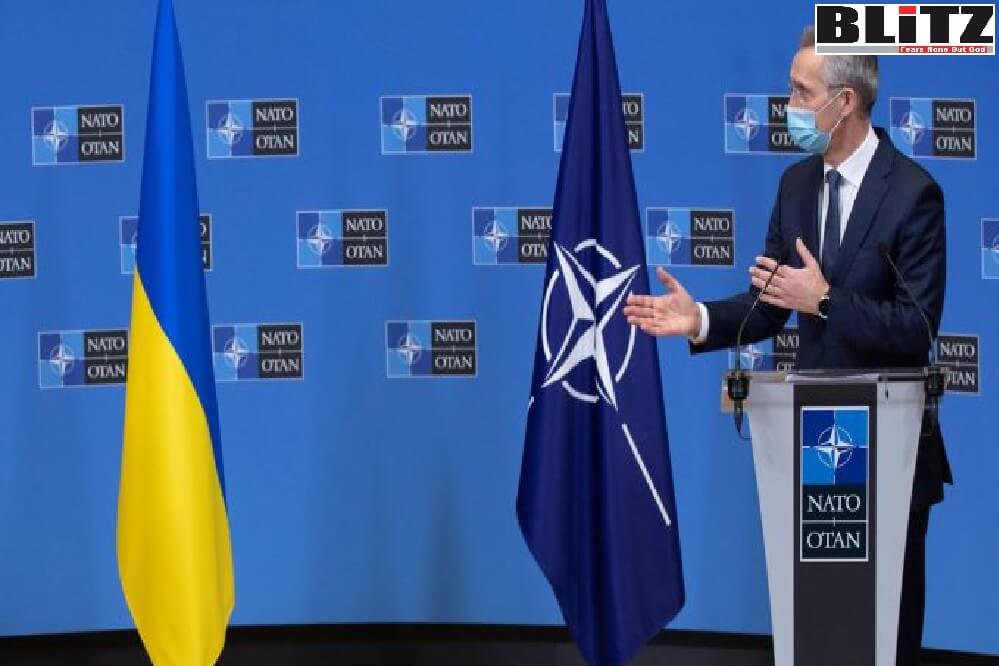 NATO created the crisis and it is the only one that can stop it – by signing an agreement with Russia that Kiev will remain neutral and totally disconnected from the alliance. Writes Lucas Leiroz

As the conflict continues in Ukraine, in the West it becomes increasingly difficult to hide NATO’s blame for the worsening of the current security crisis. Among American politicians, it is already known that the Western military alliance was the real cause for the beginning of the Russian special military operation, as it unnecessarily threatened the security of the Russian State and people with its destabilizing actions in Ukraine. This is expected to bring about a new wave of debates on the true role of NATO in the contemporary world order.

In the US, politicians, experts and analysts are divided between two large groups regarding the interpretation of the NATO role in the conflict: on the one hand, the more realistic ones admit mistakes in the way NATO acted in recent years, and consider the alliance one of the culprits for the worsening of the conflict in Ukraine; while, on the other hand, the second group is a more ideologically committed one that insists on praising the supposed “defensive” aspect of the alliance, placing Moscow as a kind of “criminal” in this discussion.

Senior White House official Derek Chollet, for example, is one of the great exponents of this most ideological group in defense of NATO. In his public statements, Chollet states that the alliance is an absolutely defensive organism, whose expansion does not in any way threaten Russia or any US enemy country: “NATO is a defensive alliance. NATO is not a threat to Russia”. This is also the opinion of Ivo Daalder, former U.S. ambassador to NATO from 2009-2013, who claims that “[NATO] is a defensive alliance, not just in theory; it is, in fact, in practice, a defensive alliance”.

Curiously, Daalder himself is one of the most responsible for the existence of feelings of mistrust in relation to NATO. Two decades ago, in 1999, he wrote a paper about the transition process of NATO from a defensive alliance to an “organization concerned with managing international crises”. In that report, praising the invasion of Yugoslavia, he explicitly defended the expansion of the possibilities of military action by NATO, not only admitting intervention in case of attacks against members but stating that the organization could engage in any military action that was in its interest.

Later, Daalder also became one of the great architects of NATO’s intervention in Libya, in 2011, which used exactly the same assumptions of action defended by him before, justifying military intervention without any previous aggression towards the member states of the alliance. So, given all this background, it is relatively simple to understand what Daalder means when he says that NATO is a “defensive alliance, not just in theory but in practice”. For him, “defense” is not reaction to attack, but any military action in the name of American interests.

Obviously, however, military action by NATO against Russia is virtually impossible, as it would imply a nuclear world war, so Ukraine was chosen as a target for expansionism and the Russian-speaking populations living there as an enemy for proxy military actions by NATO power of attorney, delegated to Kiev forces and neo-Nazi battalions. This was the result of a long American strategy to somehow “occupy” Ukraine and cross all the red lines that separate the West and Russia.

The current scenario, prompted by the beginning of the Russian special military operation, was just the only possible way out that Moscow found in the face of such pressure. An occupied Ukraine would mean a Russia surrounded and available for deep-sea attacks at any time. Biden has accelerated this process and has been concerned to further strengthen Kiev in recent months, creating an unsustainable scenario of instability that could only culminate in a great conflict.

Biden’s actions reversed a short period of “pause” in tensions with Russia that had been promoted by Trump, whose isolationism focused on a strategy to reduce conflicts in Eastern Europe. But, despite that, Biden only continued a long process that had been taking shape at least since George W. Bush and Dick Cheney, who publicly defended the need to bring “democracy and freedom” to Ukraine, opposing all the advises of the CIA analyst Fiona Hill, who considered maneuvers in Kiev an unnecessary affront to Russia and called for Ukraine’s non-entry in NATO. Subsequently, the interventionism in Ukraine was continued by Obama, and that much helped to carry out the 2014 coup. So, in that timeline, Trump was a “pause”, but Biden resumed the strategy.

All these arguments make it impossible to believe the narrative of those who defend NATO as a “defensive organization” which “does not threaten Russia”. Not by chance the group of the realists, who blame NATO for the crisis, is growing in the US itself. Recently, this debate has reached the US Senate and there was a visible increase in anti-NATO opinions among American lawmakers. Western public opinion is slowly understanding how it all started and how it may end: NATO created the crisis and it is the only one that can stop it – by signing an agreement with Russia that Kiev will remain neutral and totally disconnected from the alliance.