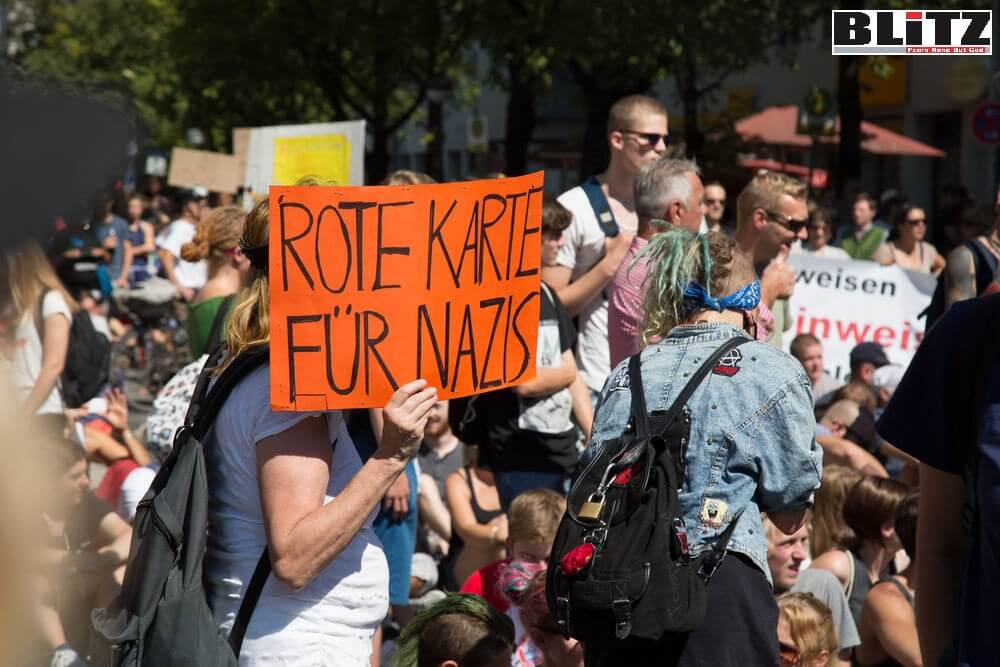 Just imagine this: we are in April 1945, the Soviet forces are preparing to storm Berlin only to hear US and British radio announce that the Nazis have admitted their mistakes, held elections and changed their moniker from the National Democratic Party of Germany to Aryan Democratic Union.

Therefore, the United States and Britain are foursquare behind the course of democratic transformations in Germany and warn the USSR against any further escalation of the conflict. Meanwhile, the SS Reichsfuhrer Heinrich Himmler tells Western journalists that the SS have gone through a complete rebranding, abandoned their Hugo Boss uniforms, replacing them with ones designed by Cardin, and that concentration camp inmates are now addressed by name, not number as was the case before.

Hermann Goering says that he did not want to bomb the Allied armies at all, and Adolf Hitler adds paragraphs about democracy to the Nazi Bible – Mein Kampf. Looks like some kind of a bad joke? Unfortunately not. This is exactly what has happened 75 years after the victory over Nazism. Much to the dismay of all those who share Western democratic values​​in the Middle East, the US PBS program Frontline aired an interview with Abu Mohammad al-Jolani, the head of the “insurgent group” Hayat Tahrir al-Sham. Many Syrians call this a “rebranding” of al-Qaeda.

The fact of the matter is that Hayat Tahrir al-Sham and their leader are all former members of Jabhat al-Nusra (Victory Front) – a branch of al-Qaeda in Syria and Lebanon, which was part of ISIS and which has lost much of its former might as a result of a series of defeats by Russian and Syrian troops.  Well, Mohammad al-Jolani has spent years fighting the Americans himself and once languished in a US jail in Iraq. However, when the “democratic opposition” in Syria became history, the United States started looking for a new ally that could contain the ambitions of Turkey and Russia and bring the situation in the Middle East to the state of controlled chaos, so beloved by Washington. The remnants of al-Qaeda fitted that role just perfectly, but they needed to be re-equipped and slightly change their image.

It is important to note that the former President of the United States, Donald Trump, was against such a policy. He even shut down a CIA program of supplying weapons for the Syrian opposition, especially since much of that weaponry was ending up as exhibits at Russian military displays of battlefield trophies. However, the instructions of the “non-systemic” US leader were ignored by officials and the pro-Dem military. US Special Ambassador to Syria and Iraq, Jamie Jeffrey, openly lied to his President about the number of military personnel and instructors in the region. Meanwhile, supporters of the continuation of the war delivered via Pentagon channels to Tahrir al-Sham militants TOW anti-tank missile systems, allegedly purchased for the US Marines. The Sunni radicals did not find anything better to do than to showcase their new “toys” in propaganda videos (along with the weapons’ serial numbers, which eventually helped to trace their origin). Still, no one was punished for this and as soon as it became clear that Trump’s fate was sealed, the Pentagon stopped hiding altogether.

A few weeks ago, an investigation by the Bulgarian journalist Dilyana Gaytandzhieva, who had unearthed official information posted on US government procurement websites pertaining to contracts signed at the end of 2020 on the supply of “non-American standard” weapons to the Middle East, weapons used by the satellite countries of the USSR and present-day Russia, appeared on the Internet. These weapons are not used by NATO and its allies, including the Iraqi army and pro-American mercenaries. Clearly enough, these weapons are not going to be handed over to the Syrian government forces. Therefore, it is safe to assume that their sole consumers are various regional insurgent groups, which until recently were branded as terrorists. Moreover, they are accustomed to the use of simple and reliable weapons, such as Kalashnikov assault rifles. Therefore, TLG Worldwide, Multinational Defense Services LLC, Greystone CS3 LLC and other Pentagon partners began working with Eastern European arms dealers, buying up weapons in Romania, Bulgaria and Serbia. The $350 million will bring death to thousands more people who will die so that the “democrats” can continue with their policy of double standards, earn billions on military supplies, and intimidate Europe with waves of refugees.

Most interestingly, this situation has incensed even members of America’ Syrian community, traditionally opposed to the ruling clan of the Assads.

Under the Assads they at least had order and food, while nowadays in Syria’s Idlib province crops are burning, most of the country is starving and lies in ruins. However, outraged as young Syrians may be, there is little they can possibly do to change this whole situation. More about the Pentagon’s cooperation with the bad guys in Syria can be seen in the new You Tube video, which clearly explains the situation on the ground.