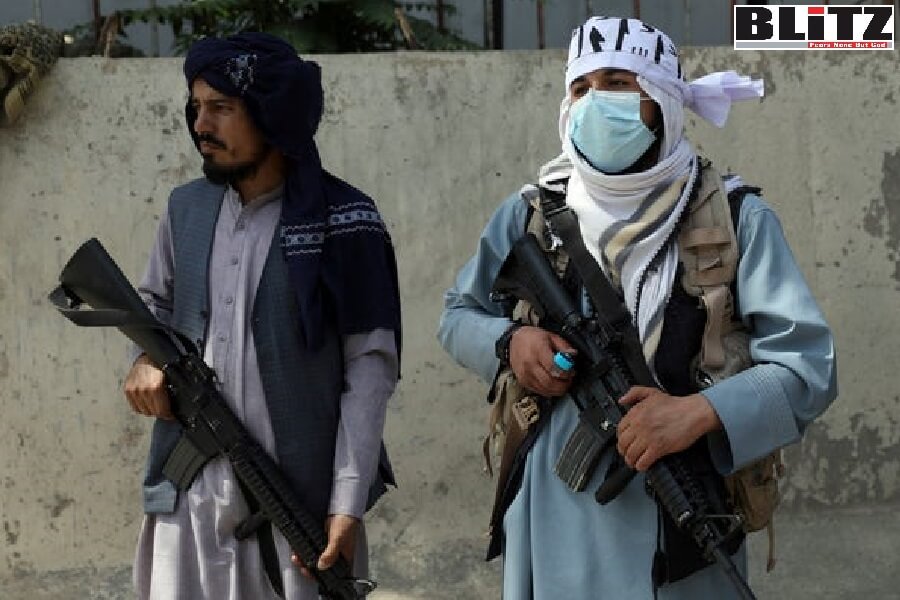 Pakistani jihadists are already feeling encouraged at Taliban’s invasion of Afghanistan and seeing this as the beginning of global conquest of Islamist Caliphate. Following lightening Taliban invasion of Afghanistan, a Taliban commander named Muhammed Arif Mustafa told CNN: “It’s our belief that one day, mujahedin will have victory, and Islamic law will come not to just Afghanistan, but all over the world. We are not in a hurry. We believe it will come one day. Jihad will not end until the last day”.

Meanwhile, a Pakistani political commentator, Zaid Hamid, has given a chilling indication of one form that jihad could take in the near future, as he called on Pakistani television for Muslims to kill Hindus in the wake of the US departure from Afghanistan.

An Indian news network quoting Zaid Hamid said: “I pray to Allah that Americans leave and leave the Indians there. It has been a long time since we did not kill Hindus in Afghanistan. It was generally always the case, which led to the name of the mountains of Afghanistan as the Hindu Kush. Hindu Kush is the place where Hindus are killed. The place that kills Hindus. As a date, whenever Hindus have entered Afghanistan, they have been captured. We are praying to Allah to leave the Americans and leave Hindus”.

News Track notes that “it is not clear what time the video is from,” and it does seem to date from before the recent Biden catastrophe in Afghanistan. Nonetheless, there is no doubt that it reflects the current sentiment of not just Zaid Hamid, but many in Pakistan, which has aided the Taliban in numerous ways over the years. As far back as 2001, Human Rights Watch noted that “Pakistani landmines have been found in Afghanistan; they include both antipersonnel and antivehicle mines. Pakistan’s army and intelligence services, principally the Inter-Services Intelligence Directorate (ISI),” which is Pakistan’s spy service, “contribute to making the Taliban a highly effective military force. While these Pakistani agencies do not direct the policies of the IEA [Islamic Emirate of Afghanistan, that is, the Taliban’s government], senior Pakistani military and intelligence officers help plan and execute major military operations. In addition, private-sector actors in Pakistan provide financial assistance to the Taliban”.

Many in Pakistan also want war with India, and see such a war as a continuation of the 1,400-year-long jihad on the Indian subcontinent. The Taliban see themselves as the exponents of this centuries-long jihad, and this is a mainstream view among jihadis around the world. India has been a site for jihad activity since the seventh century, and has been particularly brutal over the centuries. One of the most notorious exponents of that brutality was the Mughal emperor Aurangzeb, who has been portrayed in our age of absurdity as some kind of Muslim proto-Gandhi.

A book written by Robert Spencer reveals: Aurangzeb [Mughal emperor] beyond these ridiculous academic myths, in his own words and the words of eyewitnesses to his deeds. In one chilling example of his stance toward non-Muslims, Aurangzeb in 1670 issued this decree: “Every idol-house built during the last 10 or 12 years, whether with brick or clay, should be demolished without delay. Also, do not allow the crushed Hindus and despicable infidels to repair their old temples”.

According to Robert Spencer’s recent article published in the PJ Media, a Muslim historian, Saqa Mustad Khan, writing just after Aurangzeb died in 1707, reported that in January 1680, Aurangzeb “went to view lake Udaisagar, constructed by the Rana, and ordered all the three temples on its banks to be demolished.” The following day, “Hasan Ali Khan brought to the Emperor twenty camel-loads of tents and other things captured from the Rana’s palace and reported that one hundred and seventy-two other temples in the environs of Udaipur had been destroyed.” Later that year, “Abu Turab, who had been sent to demolish the temples of Amber, returned to Court…and reported that he had pulled down sixty-six temples”.

Bakhtawar Khan, a nobleman during Aurangzeb’s reign, was also pleased, noting that “Hindu writers have been entirely excluded from holding public offices, and all the worshipping places of the infidels and great temples of these infamous people have been thrown down and destroyed in a manner which excites astonishment at the successful completion of so difficult a task”.

Robert Spencer said, Osama bin Laden is widely believed to have set the jihad attacks on New York and Washington for September 11, 2001 because the high-water mark of Muslim expansion into Europe was the siege of Vienna, which was broken in the early morning hours of September 11, 1683. Bin Laden, according to this view, was signaling that the jihadis were now picking up where they had left off. There are many who wish to do just that against India, and see the Taliban’s heralded victory over the Americans as a sign that it is time to do so. In a sane world, Biden’s handlers would be putting high pressure on Pakistan right now to prevent this. But “sane world” and “Biden’s handlers” have never, so far, gone together.

Following the Taliban invasion, India is at risk

As we know, Pakistan and its notorious spy agency Inter Service Intelligence (ISI) have been vigorously sponsoring jihadists activities inside Jammu and Kashmir in India as well as many other provinces, including Tamil Nadu, West Bengal and other parts of the country. Taliban invasion in Afghanistan will now open a broader scope for the jihadist forces in using Afghan land in training radical Islamic militants and deploy them with destructive assignments targeting various cities and towns inside India. The madness of Sharia or Caliphate conquest will onwards become a massive security concern to policymakers in New Delhi.

Meanwhile, media reports said, the Taliban has placed security for the Afghan capital, Kabul, in the hands of senior members of the Haqqani Network, which has close ties with foreign jihadist groups including a long-standing association with al-Qaida.

Western intelligence officials say the assignment is alarming and undercuts Taliban promises to tread a more moderate path than the movement did when it ruled the country from 1996 to 2001.

The Haqqani Network was responsible for much of the Al Qaeda attacks on US forces in Afghanistan. They are holding a Navy veteran hostage.

The ‘Network’ is essentially the intersection between Al Qaeda and the Taliban. It operates like Al Qaeda locally and has functioned as a component of the Taliban power structure.

On Thursday, Abdullah Abdullah, chairman of Afghanistan’s National Reconciliation Council, a body of notables and elders involved in the Qatar talks, met with Khalil al-Rahman Haqqani, a sanctioned terrorist and his entourage in Kabul. Abdullah later indicated publicly that Khalil al-Rahman Haqqani would be overseeing security in the Afghan capital and had provided assurances that he would “work hard to provide the right security for the citizens of Kabul”.

The US Department of the Treasury designated Khalil al-Rahman Haqqani a global terrorist in February 2011, offering a $5 million reward for information leading to his capture.  He’s also included on the United Nations terrorist list.

The Haqqani family comes from southeastern Afghanistan, near the border with Pakistan, which maintains deeper connections with Pakistani spy agency ISI and its military establishment. The network has been accused — or claimed responsibility — for some of the deadliest attacks in Afghanistan, including the 2008 assault on the five-star Serena Hotel in Kabul, the 2012 attack involving a dozen Haqqani fighters wearing suicide vests on a US base in Khost, and the 2017 truck bombing near the German Embassy in Kabul that left 96 people dead.

While US President Joe Biden has publicly admitted of his inability of assuring Americans of getting every US national trapped inside Afghanistan evacuated immediately, there is concern of a large number of Americans being held hostage by the Taliban, Haqqani Network and other jihadist forces, including Al Qaeda. Meaning, Biden-Harris administration will be bartering those Americans in exchange for releasing hundreds of radical Islamic terrorists soon.