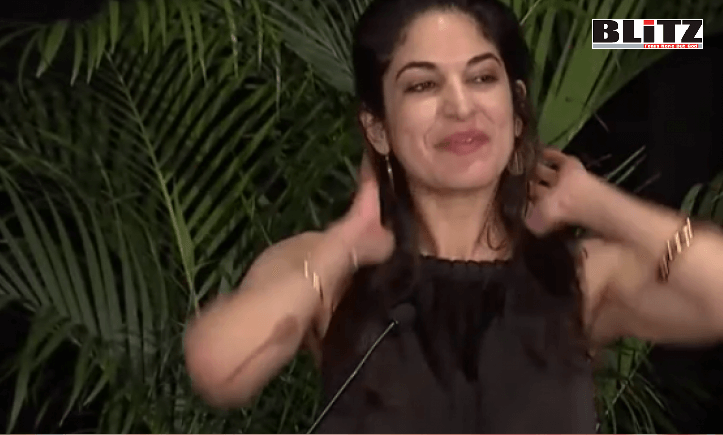 While Joe Biden’s upcoming national security advisor Jake Sullivan had criticized President Donald Trump’s policies related to the Middle East during an interview in 2017, Reema Dodin, a Palestinian-American who justified jihad bombing and killing of Israelis is all set to serve alongside Shuwanza Goff as a deputy director of the White House Office of Legislative Affairs. Ms. Dodin will be the first Palestinian-American to serve as the White House staffer.

Commenting on the appointment of Reema Dodin, internationally known anti-jihadist expert Robert Spencer wrote, “Not a good sign for future U.S. relations with Israel. But this is also a sign of how topsy-turvy the world is today. Biden wouldn’t be caught dead naming someone who had noted that Islam is not a religion of peace to any position at all in his administration. Such a person would be poison to the Democrats and to most Republicans. But demonize Israel and justify the murder of civilians? Welcome aboard!”

According to the Jerusalem Post, the new White House staffer was born to Jordanian-Palestinian immigrants in the US. Dodin’s family is originally from Dura, near Hebron, according to Palestinian media.

Dodin served as deputy chief of staff to Democratic Senator Richard Durbin and has also served on the Judiciary Subcommittee on Human Rights and the Law, among other positions.

She is a graduate of the University of California at Berkeley and the University of Illinois at Urbana-Champaign. She is also a Truman National Security Fellow, a New Leaders Council Fellow, an Aspen Socrates alum, a former term member of the Council on Foreign Relations, and a member of the Jenkins Hill Society – a consortium of women in politics supporting female politicians.

During the Second Intifada, in 2002, Dodin spoke about the Palestinian-Israeli conflict with residents of Lodi, California, saying that “suicide bombers were the last resort of a desperate people,” according to the Lodi News-Sentinel.

In 2001, Dodin took part in a demonstration at UC Berkeley calling for the university to divest from Israel, according to the Berkeley Daily Planet, a local news publication. The demonstrators compared Israel to apartheid South Africa.

Back in 2017, commenting on President Donald Trump’s efforts of shifting of the US embassy from Tel Aviv to Jerusalem, Biden’s national security advisor Jake Sullivan told a Beijing-based media outlet, “This was a political decision, not a foreign policy decision. This was about Trump and his supporters. It was not about moving the peace process forward.”

Sullivan asserted that Trump’s decision “created turbulence and turmoil” in negotiations for a peace deal between Israel, Palestine and other nations in the Middle East.

“It’s hard to find a good argument for this decision with respect to advancing the cause of peace in the Middle East,” said Sullivan, who was a top adviser to Hillary Clinton at the State Department and to Joe Biden when he was vice president.

Sullivan appeared for the CGTN interview in his capacity as a senior fellow at the Carnegie Endowment for International Peace, a top foreign policy think tank.

Carnegie has received between $500,000 and $1 million in funding from Zhang Yichen, the CEO of CITIC Group, one of China’s largest state-owned investment companies.

According to Carnegie’s website, Zhang, who is a trustee at the think tank, is a member of the Eleventh and Twelfth National Committee of the Chinese People’s Political Consultative Conference, an advisory group to the Chinese communist party.

While at the State Department, Sullivan sent and received hundreds of classified emails that were stored on the private email server Clinton used while she was secretary of state.

In 2016, as a senior foreign policy adviser on the Clinton campaign, Sullivan pushed allegations of collusion between the Trump campaign and the Russian government that has since been proven inaccurate.

In an interview in 2018, Sullivan defended the Clinton campaign’s role in funding the Steele dossier, which included false allegations of a conspiracy between the Trump campaign and Kremlin to influence the 2016 election.

Anita Mathur is a senior journalist and Special Correspondent of Blitz