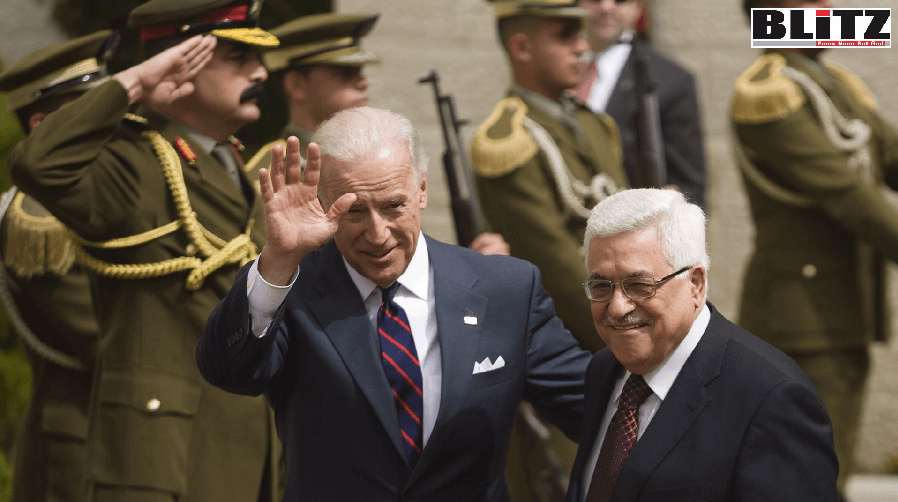 The Palestinian Authority in Ramallah is beginning to realize that their hopes and expectations with the Biden administration are fraught with dangers and disappointments.

The new United States Secretary of State nominee Anthony Blinken’s recent comment that the US Embassy will remain in Jerusalem and not be relocated to Tel Aviv may awaken the Palestinians from their daydreams formed after the last US election.

The reputable Israeli journalist Yoni Ben-Menachem reports that this statement has caused a great deal of anger among the Abbas team in Ramallah. Perhaps the words of Alexander Pope should be inscribed on the walls of the Palestinian headquarters in Ramallah. “Blessed is he who expects nothing, for he shall never be disappointed.”

However, it is also important to note that the Palestinian Authority’s decision to meet the demands of the international community (especially the new US administration) and hold presidential and legislative elections within the next six months is facing a major conundrum.

How can Abbas’ authority decide to hold elections while Hamas refuses to recognize Israel and simultaneously speaks of an imaginary Palestinian state extending from the Mediterranean to the Jordan river?

Why should Israel allow these elections if some parties refuse to accept the Oslo agreement, and more importantly, its right to exist and live in peace?

Winston Churchill once said that “the longer you can look back, the farther you can look forward.” The quote should serve as a reminder of the way in which late Palestinian president Yasir Arafat rejected all peace offers and resorted to violence at the beginning of 2001, presuming that the Bush administration would be more sympathetic to his endless vacillation than the Clinton administration had been

Today’s world is different from that of two decades ago, mostly because a jihadi entity in Gaza exists with deep ties to Iran and Turkey and is greater in power than the Ramallah authority.

In this video below, a senior Hamas leader in Gaza, Mahmoud az-Zahar, speaks at length about how Iran was supporting Hamas’s grip on Gaza militarily and financially. Does Abbas think that Hamas will cede power in Gaza if it loses the elections?

But most importantly, Israel’s previous redeployments from territories in Judea and Samaria will not be repeated again because of its bitter experience after its full withdrawal from Gaza in 2005.

Since then, Gaza turned into a military outpost and a platform for developing and launching rockets at civilian areas inside Israel.

Rather than showing the world and mainly Israel that they deserved a country of their own, Hamas chose, after their usurpation of power in 2007, to escalate the jihadist rhetoric and serve regional agendas that did not benefit the Palestinian people, who were already living in terrible economic conditions.

The Islamic Jihad leader in Gaza in the video below reveals how Gaza was enhancing the range of its missiles to hit the heart of the “Zionist entity” in Tel Aviv.

The Islamists in Gaza focused on making Gaza a missile manufacturing base rather than opening factories and other facilities to help improve the living conditions of the Palestinians.

Just to remind all readers here, he attributed that “success” to the personal efforts of Qassem Soleimani, the Iranian general who was killed in a US drone attack near Baghdad International Airport last year.

The most important question is to contemplate on what basis the new US administration or Israel will approve the continuation of scenarios that pose any real threat to the security and population of the Jewish state.

The other quandary here is that some Palestinians believe that with the arrival of President Biden, the United States will exert pressure on the Arab countries to provide the Palestinian Authority with financial assistance again.

With senior Fatah leaders attacking the peace treaties that were signed with Israel, how can the Palestinian Authority expect a renewal of financial aid from the Gulf states?

Jibril Rajoub, former head of the Palestinian Preventive Security apparatus, which was funded with US tax dollars and whose members received extensive CIA training, predicts here that the Gulf regimes are doomed to the dustbin of history for reaching peace with Israel. Is this the proper way to reach out for help?

In the video below, this Fatah leader speaks in a denigrating tone about the United Arab Emirates because of their peace deal with Israel, rather than opting to cultivate their new connections for furthering trust between Israel and the Palestinians.

This attached video shows a Palestinian farmer in the West Bank crying tears of joy after being able to cultivate his land again after 47 years of Israeli military closure (land adjacent to the Jordanian border). This was possible due to an intervention by the United Arab Emirates.

To whom should this farmer send his thanks? Is it to the Palestinian Authority that continues to issue bellicose statements and promises of bloodshed, as in the video below, or to the UAE, which has intelligently nurtured its relations with Israel to advance and improve the living conditions of the Palestinians?

The statements by Palestinian leaders of both political factions will only confirm Israel’s conclusion that there is no real partner for peace, and make the Israeli people continue to doubt the Palestinians’ sincerity in desiring to reach a lasting state of peace.

There is no doubt that former US officials close to the Biden administration have cautiously expressed the possibility of breaking the current impasse. However, in an op-ed published in the main Palestinian newspaper Al Quds, Dennis Rose, the former US envoy to the peace process between the Israelis and Palestinians, extensively highlighted Hamas’ destructive role in Gaza after Israel pulled out.

Furthermore, the Palestinian Authority should keep in mind that the US officials whom they will eventually meet will explicitly inform them that no one in the US government can ask Israel to accept any political entity between the Mediterranean sea and the Jordan river as long as jihadi rhetoric continues and some Palestinians’ eyes remain on the trigger.