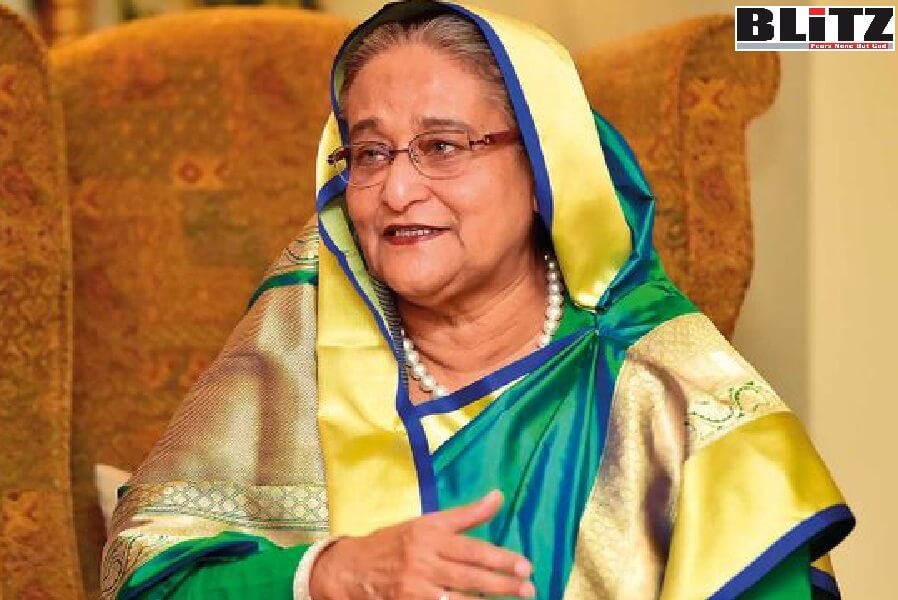 While the evil nexus of Islamists and jihadists including Jamaat-e-Islami, Bangladesh Nationalist Party, Hefazat-e-Islam and others are continuously making attempts of turning Bangladesh into a “Taliban state” or a caliphate, Awami League, under the magnanimous leadership of Prime Minister Sheikh Hasina has not only been vigorously combating these notorious elements, but also has been tirelessly working in freeing Bangladesh from the threats posed by militancy outfits and their cohorts such as Bangladesh Nationalist Party and Jamaat.

Recently, officials of Bangladesh Police told reporters, arrested leaders of pro-Caliphate Hezafat-e-Islam are linked to militancy outfits such as Pakistan-based Lakhkar-e-Taiba (LeT), Islamic State and Al Qaeda. One of the leaders of Hefazat told police, they were determined to turn Bangladesh into a Taliban state with the financial help from Pakistan, Qatar and other Islamist nations, including Turkey.

International community needs to extend their fullest support towards Bangladesh Prime Minister Sheikh Hasina and her government in their noble battle against radical Islam, militancy and religious extremism.

Meanwhile, there is another great news from Bangladesh.

According to reports, Bangladesh government in its recently issued e-passports has removed the words “except Israel” thus making it eligible for travelling into any country in the world. Earlier, Bangladeshi passports had words stating it is valid for “All countries of the world, except Israel”. Now that has gone. Earlier, despite not having any diplomatic relations with Taiwan, Bangladesh had removed “except Taiwan” from the passport making it eligible for using to travel to Taiwan. Accordingly, Bangladesh’s economic interactions with Taiwan has significantly increased. It is believed, with the newly issued passports, Bangladesh nationals will have no legal bar in vising Israel, which will open a new vista of cooperation between the two countries.

According to Blitz, newly issued e-passports, after Eid ul Fitr, no longer feature the sentence “THIS PASSPORT IS VALID FOR ALL COUNTRIES FOR THE WORLD EXCEPT ISRAEL”. Instead, the passports now state “THIS PASSPORT IS VALID FOR ALL COUNTRIES FOR THE WORLD”. Since Bangladesh’s independence in 1971, Bangladesh has not recognized Israel, despite Israel being one of the first four countries to recognize Bangladesh. Home Minister Asaduzzaman Khan has confirmed that the passports will no longer feature any restrictions on travel to Israel, as per the international standard. However, Foreign Minister AK Abdul Momen has said that although Bangladesh still does not recognize Israel, the passport-issuing authority is vested in the Ministry of Home Affairs, and whatever the passport states is entirely the jurisdiction of Home Ministry.

It has been my great pleasure knowing more about Bangladesh especially since 2018 as been included as a columnist of Blitz, the only anti-radical Islam newspaper in the Muslim world. I have been witnessing with greatest admire the undeterred efforts of Blitz and its editor Salah Uddin Shoaib Choudhury in normalizing relations between Bangladesh and Israel. Mr. Choudhury has endured unimaginable sufferings for years just because of his support for the Jewish State. He has served 7-year’s rigorous imprisonment just for this reason. But nothing could silence him – nor could derail him from his virtuous mission. He truly is a man of rarest virtue. Moreover, Blitz has played a significant role in changing the minds of Bangladesh policymakers towards Israel. For this reason, the entire team of Blitz deserves appreciation from the Israelis and Jewish people.

When the Jewish think tanks and influential individuals are looking for their best allies in the Muslim world, they definitely will find it in Blitz and Mr. Choudhury.