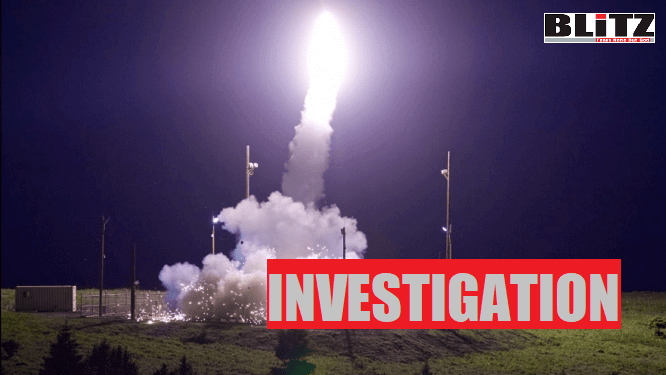 The think tank revealed this information by citing satellite images.

According to CSIS, the site, located near Pyongyang International Airport, includes a high bay building capable of housing any of North Korea’s known ballistic missile types in its arsenal. It also was built near an underground facility large enough to fit all known North Korean missiles, including launchers and support vehicles.

“Taken as a whole, these characteristics suggest that this facility is likely designed to support ballistic missile operations,” the report said.

“As such, it is another component of the North Korean ballistic missile infrastructure that has been undergoing both modernization and expansion during the past 10 years,” it added.

The images likely confirm that North Korea has continued to “develop and expand its ballistic missile infrastructure,” according to CSIS’ senior imagery analyst Joseph Bermudez, who wrote the report.

Joseph Bermudez told Radio Free Asia’s Korean-language channel, “There has been no slow down at all that we can detect at present.”

“It is part of North Korea’s expanding ballistic missile structure and it needs to be addressed at any future North Korean and US discussions,” he added.

“What it does however is to bring this to the public light to discuss the issue in a more informed manner, it helps citizens of South Korea influence South Korean policy [toward North Korea], and it does the same thing here in the United States, [and in] Japan, Russia, and China,” he said.

The continuing development of Pyongyang’s missile capabilities is in line Kim Jong Un’s 2017 promise to produce ICBMs on a large scale, said Michael Ellerman of the International Institute for Strategic Studies.

“In short, the article highlights North Korea’s efforts to build up its strategic missile forces, and is consistent with Kim Jong Un’s pledge at the end of 2017, where he boasted that North Korea would begin serial production of its long-range, nuclear-armed missiles,” the non-proliferation and nuclear policy director said.

“The building of missile support facilities suggests that long-range missiles are being produced at pace.  However, questions about the operational viability and reliability of its long-range missiles remains an open question, as too few test launches of Hwasong-14 and 15 missile prototypes have been undertaken,” Ellerman added.

The two prototypes were first tested in 2017, with several analysts saying both designs could potentially have the capability of hitting the United States.

According to South Korean experts, while the site indicates that North Korea has not stopped its missile infrastructure development efforts, the facility serves to defend only the Pyongyang Airport.

“It seems that North Korea is continuously trying to strengthen and develop short, medium, and long-range ballistic missile capabilities since ‘the completion of nuclear weapons’ in 2017,” said Park Young-ho, the Director of the Peace Research Institute Seoul, referring to language used by Kim Jong Un in an April 2018 declaration that North Korea had built a bomb and would stop nuclear tests and launches of ICBMs, ahead of his historic summit with South Korean President Moon Jae-in that month.

“Since the facility is located near Pyongyang Sunan Airport, it can be seen as a missile base to defend the Sunan Airport in the event of military crisis,” said Park.

Opinion expressed are solely of the author.