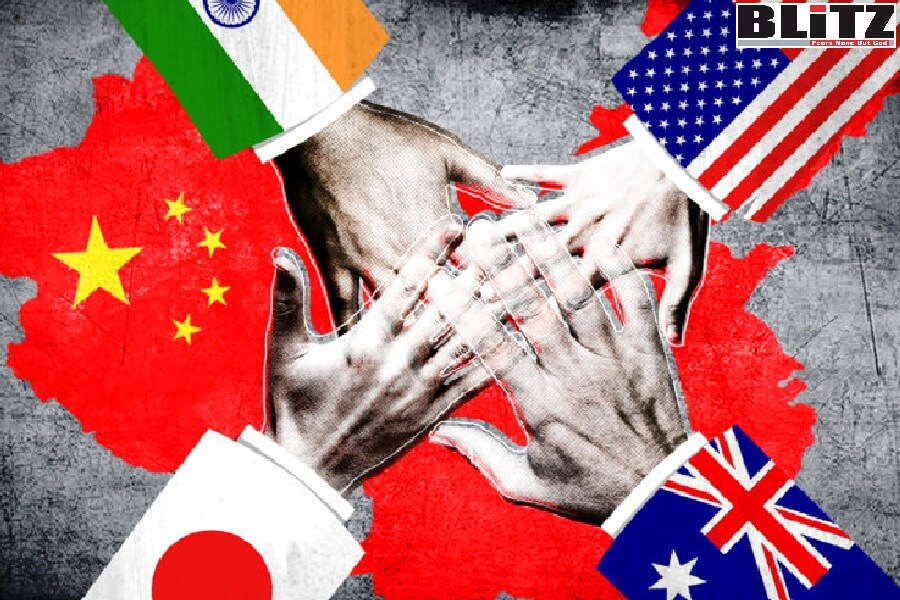 Most possibly, Asian multilateralism being stealthily redefined. As part of its anti-china agenda, the Biden administration has placed the Quadrilateral Security Dialogue (known as the Quad), a revitalized grouping of the United States, Japan, Australia, and India at the center of its Indo-Pacific strategy. In my opinion, for the US, containing or obstructing China’s super-fast economic growth is a mission impossible. Due to pragmatic policies of Chinese leader Xi Jinping, the country not only is advancing towards massive economic prosperity, it also is helping a number of nations in the continent and the world in achieving economic successes. China has already emerged into a major development partner to many nations, including Bangladesh. The ever-growing Sino-Bangladesh relations has already put Bangladesh into pause on invitation from its other friendly nations in joining Quad. Moreover, Quad is a source of apprehension to other Asian partners not included, especially ASEAN and South Korea.

According to experts, the initiative of Quad represents a potential paradigm shift, from ceremonial, process-centered multilateral institutions [e.g.; ASEAN Regional Forum (ARF), ASEAN Defense Minister’s Meeting (ADMM) and the East Asian Summit (EAS)] to a functional, results-oriented problem-solving institution, reflected in the Quad’s pragmatic humanitarian disaster relief origins. The United States has broken the eggs and is now trying to figure out how best to make an omelet.

In a region of staid, ritualized, bureaucratically inert multilateral institutions, this shift to functional collective action is transformational. It is based on a simple principle: form follows function. Who sits at the table, is based on being willing and able to bring something to the table? The Six-Party talks on North Korea and the 5+1 Iran nuclear talks were examples of this approach. Yet the Many are wondering, what are the pieces and how do they fit together?

First of all, let us try to understand, what is Quad and what are the importance and necessities of such bloc. The Quad began as an ad hoc relief effort for the 2004 Tsunami in Indonesia. The four democratic maritime nations, with very capable navies, led global relief efforts. Other actors—including China (which sent a MASH medical ship)—also participated. The point here is that it was a spontaneous problem-solving effort. For sure. since the 1990s, in most crisis situations, from the 1998 Asian Financial crisis, through the 2004 Tsunami, 2006 East Timor independence in 2006, the 2007 avian-flu epidemic, and the 2008 Myanmar cyclone, Asia’s formal institutions have played virtually no role. Instead, it has been ad hoc regional coalitions, often US-led that have stepped to mobilize collective responses. The Quad is the latest example of that legacy.

The success of the Quad led to an effort to revive it in 2007, but an early emphasis on joint military exercises drew protests from China, India was reluctant, and the Rudd government in Australia then pulled the plug on the Quad. In the intervening years between 2007 and the advent of the Trump administration, China’s use of economic and military coercion to change the status quo raised concerns of governments across the Indo-Pacific region. The Trump administration, seizing on the opportunity China provided, revived the Quad, raising it from working-level meetings to Foreign Minister-level talks.

Biden administration has used the coronavirus challenges as the best opportunity of further elevating the Quad to a new level, holding virtual meeting of the leaders focused on responding to the challenges posed by the pandemic. Experts say, the meeting has already laid foundation for a wider cooperation, with leader’s statement that declared the support of all four participants for a “free and open Indo-Pacific region” and a “rule-based international order in international law”.

Commenting on the summit statement, which does not mention China, but which is animating the Quad, Peter Jennings, the director of Australia’s Security Policy Institute, wrote “Nice job, Beijing.” Now the Biden administration is planning to hold a live Quad Summit in Washington this fall. During the upcoming summit, the administration intends to pursue cooperation on a range of other issues including high-quality physical and digital infrastructure, supply chain security and digital/information technology issues.

Under the garb of a force multiplier, to address regional security and political issues, main objective of Quad is to emerge as an anti-China force. Again, in my opinion, as far as China is concerned, America’s and India’s interests may have some similarities, but it also is loaded with differences. America’s willingness is to use Quad in stopping China from emerging as a potential super-power. But at the same time, Washington shall not allow New Delhi in becoming a replacement to China and finally emerge as the main player in the region. There are many areas, where India and the US may not agree, and in that case, Quad would turn into a chaotic union, sooner or later.

Most importantly, major objective of Quad would be against Chinese military activities in the South China Sea. It would also force ASEAN nations such as Indonesia, Vietnam and the Philippines to reshape static efforts to create a binding code of conduct. The Quad could endorse the 2016 International Court of Justice ruling that China claims have no legal basis and/or draft risk reduction measures to apply to the Western Pacific.

In simple words, Quad will help the United States in finally emerging as the ‘Big Brother’ of the region, where India too will have to implement America’s wills. Quad would actually emerge as a bobby’s trap to its member countries. For a fastest-growing economy like Bangladesh, which enjoys tremendous cooperation from China, it may not be a smart idea of aligning with this anti-China bloc. We need to place our own interests above other’s political or otherwise ambitions.