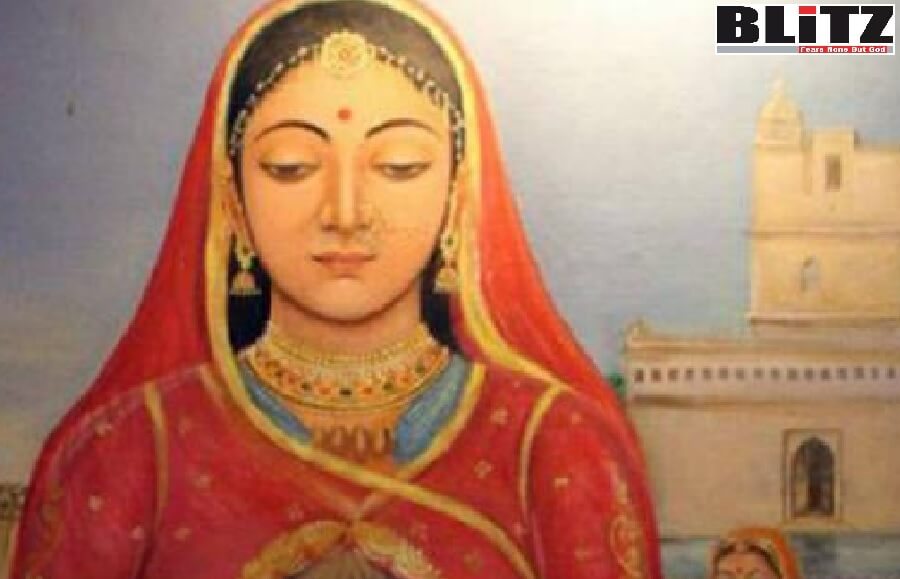 Rani Karnavati resorted to psychological warfare by sending a message to the Mughal court that if she could chop off their noses, she could also chop off their heads. Writes Dr Ankita Kumar

The Garhwal Kingdom was founded in 823 by Kanak Pal. By 1358, the ruler Ajay Pal had expanded its territories by capturing the 52 “Garhs”, with the capital at Devalgarh not far from Srinagar, where it was later shifted to, by the dynamic ruler Mahipat Singh who ascended the throne in 1622. He brought most of Garhwal under his rule.

Rani Karnavati was a brave woman warrior who not only defended her kingdom from the neighbouring chieftains of Kumaon, Sirmour and Tibet—but also against the Mughal ruler Shah Jahan and, later, his successors. Garhwal was eyed because it had mines of silver, copper and gold. According to an English traveler, William Finch, the king, dined off solid gold plates! William Finch, as quoted by William Foster in Early Travels in India, states that “To the eastward of this Rajaw, betwixt Jemini and Ganges lyeth the land of Rajaw Mansa, a mighty prince and very rich, reported to be served all in vessels of massie gold; his country 300 C. long and one hundred and fifty broad; his chief seat Serenegar [Sri nagar]”.

The richness of Garhwal brought it into conflict with the Mughal Emperor, Shah Jahan, in 1640. Shah Jahan sent a huge contingent of troops numbering 30,000 under General Najabat Khan. Soon, they were knocking on the frontiers of the Garhwal Kingdom near what is today Rishikesh. Rani Karnavati had a choice. She would have easily accepted the overlordship of the Mughal State and continued to rule as a vassal State. Instead, she decided to take guard against the invading Mughal army.

According to Manucci, a 17th Century Italian traveller who has written about the war, the Rani allowed the forces of Najabat Khan to advance and penetrate the mountains up to a distance, after which she closed the roads; from the way they came! They could not go back, and they did not know the mountainous terrain well enough to advance forward quickly. The spider had drawn the fly into its web.

Finding his forces in a hopeless position—the General sued for peace. Rani Karnavati could have killed all of them, but her demand differed. She told Najabat Khan that his forces would be spared if they cut their noses and left them behind! The soldiers had no choice!

Due to this, Shah Jahan out of shame never again attempted to make war against the Rajah, and he gave an order that ever afterwards this prince should be spoken of as the Nactirany’ (Nak-kati-Rani)—-that is to say, Cut-nose’—and until this day he is known by this name. The general, who could not endure coining back with his nose cut off,  took poison and put an end to his life before he got back to the plains”.

Why did she ask them to cut their noses? The answer is very simple. This practice has been a means of punishment since times immemorial. In the Ramayana, Laxman cut off the nose of Shurpanakha and “naak katanaa” is still used colloquially to express humiliation!

Queen Karnavati became famous as “Nak Kati Rani”! The above incident is not only written about by Mannnuci but also by chroniclers like Bernier, Tavernier and Shah Nawaz Khan.

Rani Karnavati of Garhwal was not just a warrior queen. Imperial gazetteer of India Volume 11 gives a detailed account of the monuments erected by Rani Karnavati. She was a visionary credited with building monuments at Navada in Dehradun district and founding Karanpur, which was then a village in Dehradun. Rani Karnavati is said to have orchestrated a number of hydraulic constructions, the most noted of which was an irrigation system that prevented the water from sinking underground as it exited the hill into the gravels leading to the valleys. This allowed agricultural development that allowed an efflorescence of several towns in the region. This consequently fed a local Hindu revival which was mainly seen in the form of various productions of certain tantrika,legal, and medical texts under the patronage of this dynasty.

There is no doubt that Rani Karnavati was one of the bravest women in Indian history.