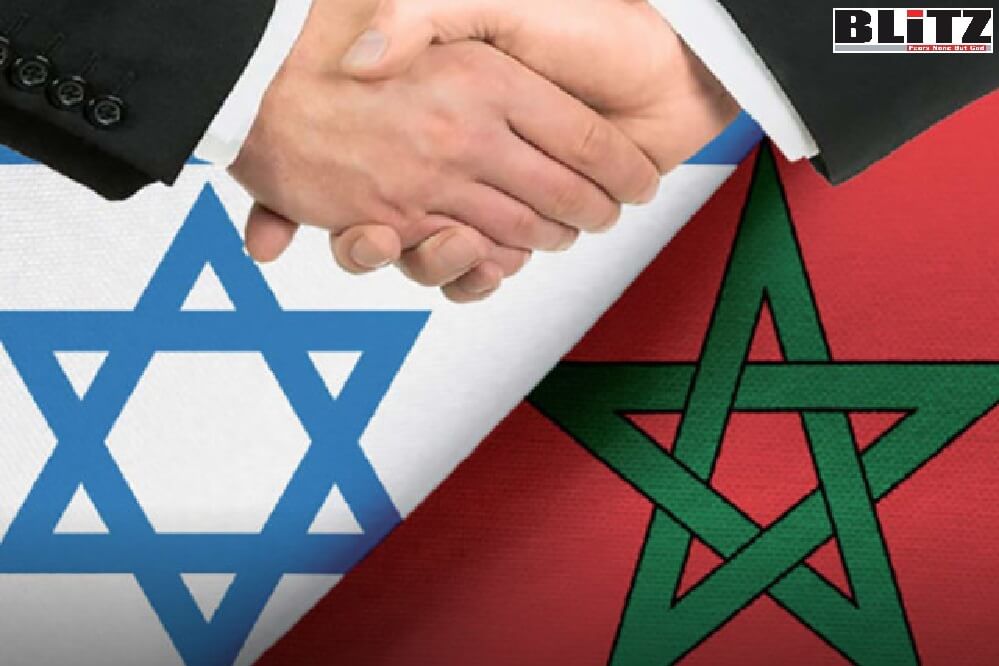 According to media reports, a highly irregular landing of the Royal Moroccan Air Force C-130 cargo aircraft at Hatzor Air Base in Israel near Ashdod was visible on public flight-tracking software while the Israel Defense Forces refused to confirm the report or the visit.

Times of Israel report said, the C-130 cargo plane landed in Israel on Sunday for a military exercise scheduled for later this month, in which several foreign countries are due to take part, according to the Walla news site.

About the landing of the Moroccan Air Force plane, Israeli military said, “The IDF cooperates with a variety of foreign nations and militaries, while carrying out exercises, high-level meetings, and joint research and development [projects]. We will not comment on cooperation with a specific country”.

After a 20-year lull in diplomatic relations, Israel and Morocco renewed their ties late last year, amid a wave of normalization agreements with other Arab countries.

While Jerusalem and Rabat did not in the past have full relations — with diplomatic offices in each other’s capital instead of embassies — they maintained close official ties until Morocco suspended them with the outbreak of the Second Intifada in 2000.

Meanwhile, twenty young Israelis, Emiratis, Bahrainis and Moroccans met in person in Israel last month, as they kicked off a weeklong tour of the country that included visits to innovation hubs and cultural and historic sites in a bid to celebrate last year’s Abraham Accords and growing normalization ties between Israel and the Arab world.

Dubbed “Leaders of Tomorrow mission to Israel,” the tour was spearheaded by Israel-is, a Tel Aviv-based nonprofit organization founded in 2017 to connect young Israelis with their international peers in the hope of strengthening coexistence in the Middle East. For the project, Israel-is partnered with Concert — Together for Israel and the Ministry for Strategic Affairs and Public Diplomacy.

Eyal Biram, founder and CEO of Israel-is, told The Times of Israel that the goal of the trip was to support the recent normalization agreements by boosting a connection between youths from Israel, the UAE, Bahrain and Morocco.

“If we want to start and build our shared future, we have to understand that we are coming from a shared past,” Biram said, referring to the biblical Abraham, the joint ancestor of Jews and Muslims.

Biram said the trip also aims to highlight youth leadership, and is hopeful that participants will return to their home countries and advocate for new normalization support groups that mirror Israel-is, alongside the newly set up UAE-is.

The process of creating similar groups in Morocco and Bahrain is underway, he said.

According to Times of Israel report, the trip focused attention on Israel’s booming tech and innovation ecosystem, with visits to medical laboratories at Bar-Ilan University and the Peres Center for Peace and Innovation to learn about the past and future of the so-called Startup Nation.

Meanwhile, commenting on the growing relations between Israel and the Arab and Muslim world, expert of Middle Eastern affairs said, “As the world currently is facing numerous challenges posed by Islamist militancy as well as Iran’s ever-increasing desperation of expanding its dominance by establishing links with various terrorist groups, it has become essential for the Middle Eastern nations to abandon their decade-old enmity with Israel. By establishing relations with the Jewish State, those Arab nations in particular as well as other Muslim nations can substantially benefit once there is crucial intel exchanges take place”.

It may be mentioned here that, Iran already has its proxy Hezbollah in Lebanon and Houthis in Yemen, which pose serious threat to the regional peace and security. Additionally, in the recent time, Palestinian Hamas has openly declared its affiliations with Iran, proving this Sunni militia group too has become a part of Iran’s ambitions of spreading Shiite dominance in the Middle East and beyond.

With these newer developments, particularly as Palestinian Hamas has now declared affiliations with Iran, majority of the Muslim nations may start getting confused thinking, if their support for Palestinians would ultimately benefit mega-terror outfit Hamas and their Iranian masters. Most importantly, to majority of the Muslim nations, both Arab and non-Arab, Saudi Arabia is considered as the key ally while Riyadh is considered as the leader of the Muslim world. Iran’s hegemonic attitude towards the Kingdom and its vicious agenda of unseating the rulers in Saudi Arabia through Khomeini type so-called Islamic revolution may now put the Muslim world into serious jeopardy, as any action from the Muslim world that goes in favor of Iran’s anti-Saudi agenda – directly or indirectly, may have certain impact on Muslim nation’s relations with the Kingdom.