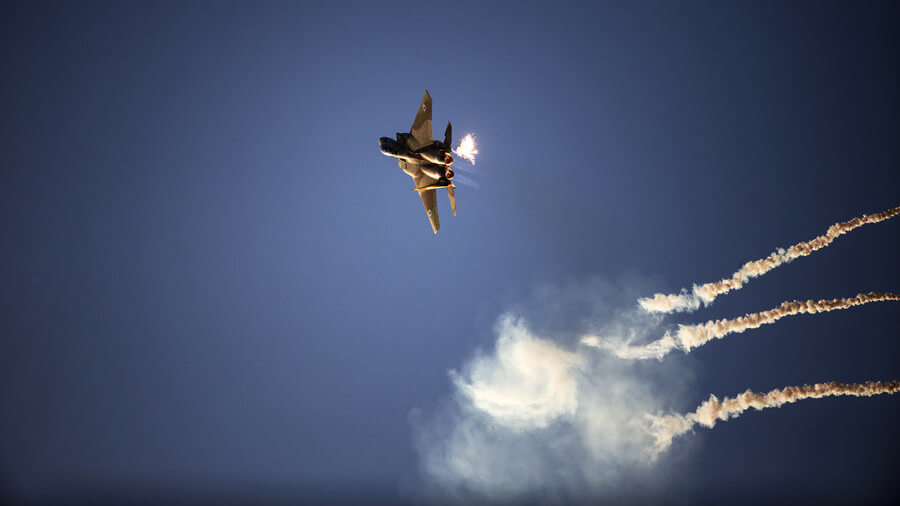 The pendulum between military threats from the north and the south continues to swing. After the confrontation with Hamas in Gaza was the focus of the summer, the events of the summer’s first days brought the northern arena back onto the agenda, and served as a reminder that security challenges there are significantly more serious and dangerous than on any other front.

The lull in Israeli activities carried out in Syria was the result of an attempt to give the Russians space as they attempted to find a formula to mediate between the conflicting interests of Israel and Iran. The efforts did not yield fruit. Indeed, a senior military official this week described the extent of Israeli military activities in Syria over the past year-and-a-half in its effort to prevent Iran from gaining a foothold in the war-torn country. Moreover, fighter jets struck targets in Syria’s Hama countryside, Syrian state news agency SANA said on Tuesday, in an attack Syria swiftly attributed to Israel. The attack took place not far from Syrian regime forces their forces preparing to advance on the Idlib province, the last rebel stronghold.

Earlier in the week an attack on an arms depot on the Iraq-Syria border was reported. The attack was also said to have been launched against missiles supplied by Iran to Shi’ite militias in Iraq and on weapons advanced components which were earmarked for Hezbollah. For Israel it is right to focus on two interrelated events. In the immediate future, eyes must be be focused on the expected battle Idlib and in principle, action must be taken in the name of the supreme strategic goal: preventing Iranian entrenchment in Syria and Lebanon.

Some 100,000 fighters from the Salafi-Jihadi group Tahrir al-Sham (formerly known as the Al-Nusra Front ) are concentrated in Idlib. The group is affiliated with al-Qaeda. There are also opposition Sunni groups alongside them, which are subjected to influence from Turkey. The province is home to some 2.5 million civilians, including thousands of refugees who arrived from areas crushed by the Assad regime, Iran and Russia.

This confrontation has the potential for a collision between the two main powers and for the breaking of the “unholy alliance” between Turkey, Iran and Russia. President Trump, who has thus far restricted the US’s involvement to responses to chemical weapons attacks, warned that hundreds of thousands were going to perish in Assad’s onslaught in Idlib and that the US would “get very, very angry” is a “slaughter” took place in the province. Obviously, a tweet is not a military plan, but in light of Trump’s alleged intention to assassinate Assad, his warnings cannot be ignored.

Three dilemmas stand before Trump: First, should he delineate red lines beyond the use of chemical weapons? Second, should he attack other forces that are not clearly affiliated with the Assad regime, such as Hezbollah? Third, and more important than anything else, how will the anti-escalation mechanisms between Russia and the US function.

The Russians, who have already begun their bombing, will likely intensify their aerial campaign after a meeting that took place on Friday on Tehran between Russian, Iranian and Turkish officials. Israel is observing from afar that which is taking place in Idlib as it continues its long-time policy of non-intervention in the Syrian civil war, even as the humanitarian crisis goes on. This policy is perhaps correct within the parameters of realpolitik, but it is important to note that it leaves an indelible stain on Israel’s moral reputation.

On an operational level, Israel will continue and advance its inter-war campaign it is conducting against Iranian attempts to build an advanced military force in Syria, Lebanon and perhaps also in Iraq. The campaign has two objectives: Preventing and intensification of hostilities while causing damage to advanced capabilities and advanced weapons, and delaying the news war by way of a deterrence strategy.

So far, Israel has succeeded in striking important military components belonging to the Iranians without sliding into a wider conflict. The Israeli campaign which is based on quality intelligence and an impeccable air force, is only in its first phase. It is vital to continuously examine whether the building of the Iranian force has been seriously damaged, and to remember that the number of bombs dropped is not important, but whether it is conducive to the deterrence strategy. That notwithstanding, we must ask whether the next war is being pushed further away or if we are hurrying toward it.

Maj. Gen. (res.) Amos Yadlin is the executive director of Tel Aviv University’s Institute for National Security Studies (INSS). He is a former general in the Israeli Air Force, IDF military attaché to Washington, DC and was head of the IDF Military Intelligence Directorate.