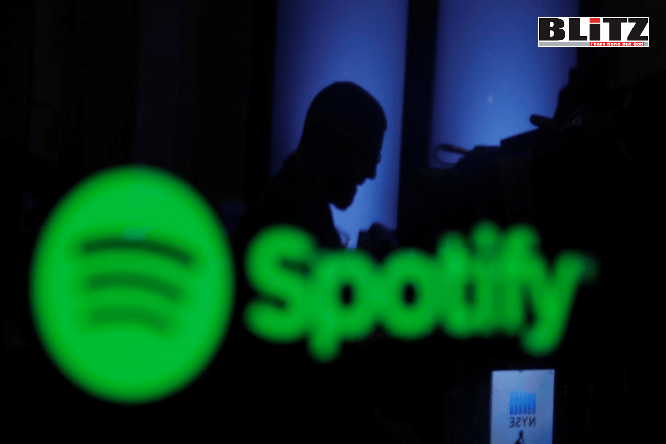 Spotify, the New York-headquartered audio streaming service, was one of four companies required to apply for a license to broadcast on the internet in Turkey in October, according to local news reports–a sign of Turkey’s strengthening regulatory power over podcasts, including news and commentary.

The requirement was announced as Turkish authorities appeared to be ramping up pressure on global companies to restrict digital information. Social media companies report high rates of content removal requests from Turkish courts and officials; in 2018, CPJ found several journalists’ posts and accounts censored as a result. In November 2020, Facebook, Twitter, Instagram, TikTok, and YouTube were fined for failing to appoint a Turkish representative under a new social media law, according to Bloomberg. CPJ has noted that the law, which took effect on October 1, requires the companies to censor content posted by users within 48 hours of receiving a court order. In December, YouTube agreed to appoint a local representative but said it would maintain its “commitments to freedom of expression,” according to Reuters.

Media analysts say Spotify is investing in podcast distribution, and the information it hosts has come under scrutiny in the past. Spotify CEO Daniel Ek told investors in October that “we review all the content that goes up” and that policy “needs to be evenly applied” after U.S. critics accused the company of hosting a podcast containing inaccurate information about COVID-19 prevention and vaccine risk among other topics, according to Vulture.

While in the U.S. private individuals are asking Spotify to hold its content to higher standards, in Turkey, the government is the one putting pressure on platforms – and not always in the public interest. CPJ warned in 2018 that the internet broadcast law would bring online news programming under the auspices of the federal TV and radio regulator RTÜK, which CPJ has documented censoring the media, most recently in July. RTÜK’s official Twitter account announced that Spotify, which news reports say has been operating in Turkey since 2013, had submitted its license application on October 15.

Ceren Sözeri, associate professor of media studies at Galatasaray University in Istanbul, told CPJ that that Spotify was not primarily a journalism platform, and that the purpose of licensing could be connected to tax revenue or control of musical output. But, she said, the authorities’ intention may be “asking Spotify for things similar to those in the new social media law.” She noted that the government could block the platform if it failed to comply. Tidal, another global music streaming service, was unavailable when CPJ attempted to visit it from Turkey on December 15; the local Sozcu newspaper, citing RTÜK, reported that the company’s website had been blocked for failing to obtain an internet broadcast license and was subsequently making the application.

CPJ submitted questions to Spotify via the press page on its website and by email to Dustee Jenkins, the company’s head of global communications, but received no reply before publication. The company notes on its website that “content in violation of local laws may be removed.”

To understand the press freedom implications if Spotify becomes subject to regulation, CPJ spoke to four Turkish journalists and podcasters who use Spotify, among other platforms, to distribute their reporting and commentary. The interviews have been edited for length and clarity.

I coordinate podcasts for Medyascope, an umbrella media platform covering everything from politics to arts and culture, sports to special interests, including quality content produced by others. I also have my own podcast, “2 Hafta 1 Gün,” talking to guests about movies, TV shows, writers they like, and I train others on podcasting.

Your voice is heard more when [your podcast] appears on more platforms—Soundcloud, YouTube, Apple, Google Podcasts, too many to mention. But Spotify constantly invests in this field, and it is an essential platform for Medyascope. We’ve been using it since October 2018. We get complaints if we are late uploading to Spotify.

A podcast [can be heard] months or years after it was created. This gives journalists the opportunity to look at things from certain perspectives and produce series on critical subjects. On the other hand, it can be similar to a news bulletin for people who want to know what has just happened.

I do not think we are at a critical situation regarding [RTÜK control of] podcasts yet. Journalists in Turkey have managed to take a stand, and make their voices heard by the public during every kind of worrying situation. I observe that the worst times for journalism are past us and demand from the younger generation is moving to new platforms. Therefore, this control will be effective only to an extent.

I cover the events of the week in my podcast, what happened, how it happened, and who said what. I mostly report the news, not commentary.

Spotify is very popular in Turkey, so of course it is important [for my work]. I started using it around 2011 or 2012 for listening to music. I entered the world of podcasts late, but I am well into it now. We also host on Apple Podcasts and others—we broadcast everywhere.

The sky is the limit for podcasts in terms of journalism, just like other social media. We would not have a place to do our work if [podcast] platforms were closed.

[Podcasts] would be transformed into blinkered, banal channels like Turkish TV if they are over-regulated. The white collar community follows podcasts: educated urban people with money who are attractive to advertisers. They follow because of the creativity and openness. They would leave if podcasts turn into the daily Takvim [a pro-government news outlet]. The rest of the people do not want [to listen to] the news anyway.

I run two podcasts. In “Teknososyal Dündem Podcast,” twice a month, another journalist, Gonca Tokyol, and I examine the crossroads of technology, society, and ecopolitics. In “J Raporu,” Emre Kızılkaya, the editor of the independent outlet journo.com.tr, run by the journalist’s union, and I evaluate the monthly global agenda in journalism.

Our distribution tools enable you to upload your content to every platform, from Spotify to Apple Podcasts and even YouTube. The data we have says 60% to 70% [of the audience] listens on Spotify, but the fact that we share the Spotify link on social media plays a role in that; they listen in the browser if you give that link. Podcasting is not yet a well-known format in Turkey. There are a lot of content creators, but few listeners.

Podcasts do not have to be live, and the content has a long life. Audio provides an opportunity to think, it is an experience closer to reading that generally attracts people with a bit more education. It requires so little data compared to visual [content], so that is a big advantage where the internet is slow and for people from lower income groups [who may have data limits]. For creators, it provides the ability to create content without worrying about the business side. We’re probably one of the top 20 best-equipped teams since we started to use a microphone costing 120 Euros (US$143).

Government and opposition supporters follow different channels due to the political polarization in Turkey, and TV is the primary news source. Getting the news may be very hard given the lack of a relatively independent mainstream media. Social media can only be subsidiary to that. Twitter is used a lot by pro-opposition activists, politicians, and journalists, but the reach is limited. Facebook consists of echo chambers in closed groups; Instagram is seemingly apolitical. TikTok is too young and chaotic.

People used to say the internet would eliminate borders and state regulations would not work. But China, Russia and Iran brought much tighter controls and even closed intranets [restricted networks]. Turkey may also go in that direction, but since Turkey is more integrated with the world than these three, it seems we will use a censored internet instead of deals made with these [social media] platforms.

Kısa Dalga is a journalism platform with many podcasts for news, analysis, and interviews. In Turkey, when you say “podcast,” people generally think of a recorded conversation, but ours are edited, there is more work involved. My own podcast is about human stories. I try to keep them related to the daily news agenda, and to produce positive stuff, stuff that gives people hope.

Spotify is very important because it is one of the biggest platforms. I’ve used it for podcasts since February 2020.

In this media environment, it is easier to convince people to talk when I say I will record their voices only. But people from the age groups that would be more interested in the news we produce do not listen to podcasts yet. The audience we reach in Turkey was growing, but it halted with the pandemic. People had been listening to podcasts while commuting on public transport. Now, everybody is working from home and listening numbers are generally down.

If there would be a really popular podcast, then regulation could be worrisome. I believe RTÜK would go after high profile podcasts, but I don’t think it would be a problem for alternative podcasts that do not attract large audiences. However, it is disturbing to have that sword hanging over your head.