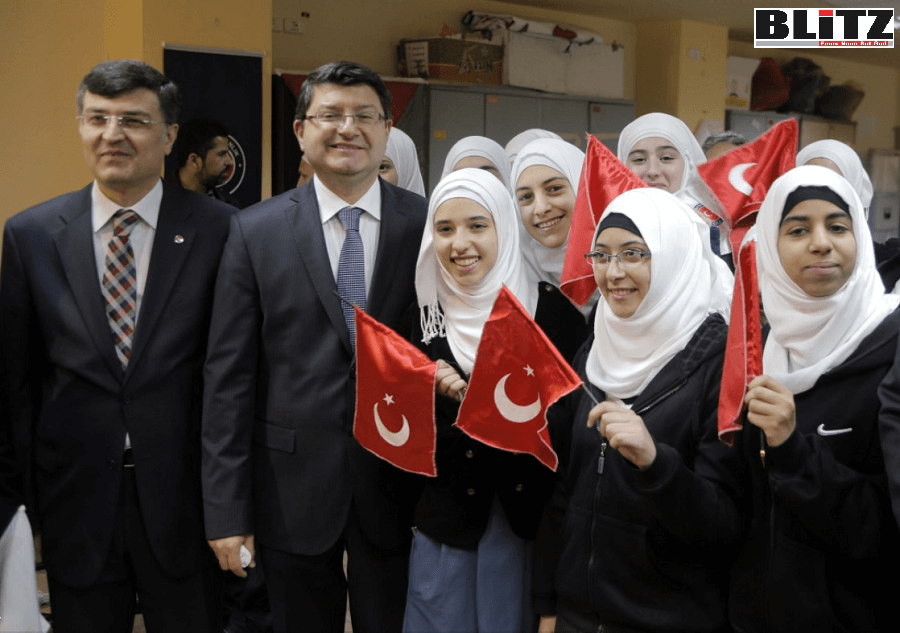 The Turkish intelligence chief runs clandestine operations in Central Asia and the Caucasus through a relative he had planted at Turkish development agency TIKA, Nordic Monitor has learned.

According to a source, Hakan Fidan, head of the National Intelligence Organization (MIT), has been masking some covert operations through his brother-in-law Ali Özgün Öztürk, who is in charge of the TIKA Department for Central Asia and the Caucasus.

A review of Öztürk’s travel itinerary shows that he is certainly no ordinary aid and development worker. He has been weaving a network of informants in foreign countries and developing access to officials using his development, aid and cultural work.

His trips are not confined to Central Asia and Caucasus, either. He has shown up in hot spots from the Middle East to Africa, where MIT’s targeted operations required him to be present although his official mandate is limited only to Central Asia and the Caucasus.

Öztürk was recruited to TIKA when Fidan was running the development agency, a job that was a steppingstone for Fidan to become the youngest intelligence chief in MIT’s history as President Recep Tayyip Erdoğan’s most trusted confidant. During his tenure at TIKA, Fidan promoted and protected his brother-in-law, who stayed behind when Fidan was appointed head of MIT to coordinate TIKA’s operations with the intelligence service.

As a retired noncommissioned officer who worked in a military medical unit, Öztürk was not qualified for a position at TIKA. He did not go through the standard government recruitment process but rather was parachuted into TIKA with the help of Fidan.

His recruitment was publicly questioned in 2014 when the main opposition Republican People’s Party (CHP) accused the ruling Islamist Justice and Development Party (AKP) of nepotism for hiring people without requiring an examination for public agencies because of their connections with leading government figures.

The Erdoğan government effectively sidelined the State Personnel Examination (KPSS), a prerequisite in the recruitment process of state agencies, by hiring people close to the AKP while millions of others, eligible for public service, were unjustly eliminated.

Haluk Koç, the then-spokesperson for the CHP, announced the names of 85 individuals who were hired by state institutions because of their ties to government officials, revealing the extent of the ruling party’s nepotism. Then-Prime Minister Ahmet Davutoğlu, a family friend of Fidan, denied claims of nepotism in the recruitment of personnel in public institutions, saying that the appointments criticized by the opposition were in accordance with regulations.

Fidan, a pro-Iranian Islamist figure, reorganized the intelligence agency under orders from Erdoğan, purged hundreds of agents from the service and filled the vacated positions with Islamists, nationalists and neo-nationalists. With rushed amendments to an intelligence bill, MIT even acquired an operational mandate, set up its own special forces unit, mostly recruited from the military’s Special Forces Command (ÖKK), and ran false flag operations to the benefit of the Erdoğan regime.

For their illegal schemes MIT agents were provided with blanket immunity and were allowed to act with impunity.

Under Erdoğan’s directive, MIT has been investing in non-Turkish Muslim groups in foreign countries, developing foreign assets to mobilize for political purposes and arming and funding radical jihadist groups in Africa, the Middle East and Asia. In some operations TIKA has been used as a cover, with dozens of MIT agents planted at TIKA as aid and development workers. Nordic Monitor previously reported how TIKA employees were used as cash couriers to finance Hamas.