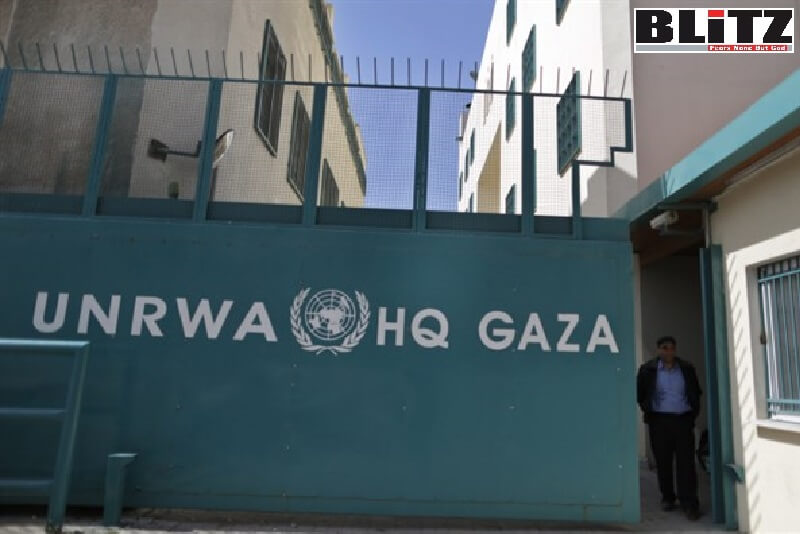 UN NGOs have a long history of attempting to sell their own neutrality and even-handedness. UNRWA stands out as an agency that has abused its diplomatic immunity to transform itself into a Palestinian political arm that serves as a vehicle for Arab propaganda and incitement to violence. Writes Asaf Romirowsky

Walter Eytan, Israel’s first director-general of the Foreign Ministry, made the observation that “The [Palestinian] refugees were a gift to Arab propaganda, which succeeded, by perverting the facts, in turning them into the gravest political liability with which Israel has had to contend in the first decade of her existence. Wherever in the ‘Western’ world anti-Israel feeling exists, it draws its inspiration primarily from the Arab refugees. For all her efforts, Israel has never succeeded in freeing herself from the reproach leveled at her by Arab propaganda: that she drove out the refugees in the first place and has since cruelly denied them the elementary human right of ‘returning home,’ and that in doing so she has ‘defied’ the United Nations.”

The purported neutrality of UNRWA has been demystified time and time again. The organization for Palestinian “refugees” has been exposed repeatedly as one of the single most important sources for prolonging the Arab-Israeli conflict and preventing the resettlement of Palestinians kept in camps by their Arab brethren. And yet the myth of its “neutrality” persists.

Every commissioner general of UNRWA attempts to make the case that humanitarian aid is apolitical. Philippe Lazzarini, the current commissioner, is no different. In an op-ed entitled “Aiding Palestine refugees is not political,” he argues that “as the largest UN or humanitarian agency operating in one of the most complex and longest-standing conflicts in the Middle East, we know better than anyone else the importance of remaining neutral. The ongoing attacks and unfounded allegations against UNRWA are but a political tool to delegitimize the agency and the Palestine refugees that it protects. These attacks seek to draw the focus away from the hardships Palestinian refugees face due to their ongoing dispossession and displacement.”

Media pyrotechnics have always worked well for UNRWA. Its spokespeople tweet accusations, voice hollow defenses of its practices, and even cry on TV. UNRWA learned long ago to wave the bloody shirt, proclaim its formal neutrality, and act as an unofficial Palestinian spokesman with the imprimatur of the UN.

Lazzarini, like his predecessors, wants the world to see Palestinians as refugees who must be sustained as welfare cases by the international community. This condition is central to Palestinian culture and identity.

Historically, the notion that Palestinians are simultaneously part of the Arab world and isolated from it has enabled UNRWA to become both the vehicle that represents their distinctive status as well as their political advocate. Tellingly, former Commissioner General of UNRWA Giorgio Giacomelli openly acknowledged that “it would be disingenuous to claim that UNRWA can perform its tasks without reference to politics.”

Over the years, this became the biggest conundrum with regard to UNRWA. It is the basis for understanding how it lost its humanitarian integrity and transformed itself into a political shill for the Palestinian cause. What is so surprising is that UNRWA actually believed it could be an apolitical institution when it was founded for Palestinians and run by Palestinians. In all practical terms, on all levels, it is a Palestinian organization.

UNRWA is the only UN refugee agency to have become so deeply enmeshed in the politics of the people they are supposed to support. This is in contrast to UNHCR, which has never allowed itself to be put in that position. Because the General Assembly was reluctant to state a clear policy on the direction or future of UNRWA beyond repeatedly renewing its mandate, and because donors were willing to support its renewal without question, the agency became a political machine captured by its clients.

The rest is institutional. UNRWA originally defined a Palestinian refugee as anyone whose “normal place of residence was Palestine during the period 1 June 1946 to 15 May 1948 and who lost both home and means of livelihood as a result of the 1948 conflict.” This number, according to most historians, was about 650,000, of whom perhaps a few tens of thousands survive. But UNRWA estimates the number of Palestinian refugees today at over five million.

Lazzarini, like other UNRWA figureheads, tries to hide the extent of the anomaly of UNRWA within the world of refugee relief. UNRWA’s job is to keep Palestinian refugees in suspended animation—in camps with low living standards—until a formal peace settlement is reached and recognized by the General Assembly. The suffering and anger of these millions is maintained as a weapon to encourage them toward terrorism and intransigence. That stymies any peace with Israel.

Moreover, with the US restoring funds to UNRWA (illustrated by the latest $150 million), Lazzarini feels more confident—particularly after his meeting with US Ambassador to the UN Linda Thomas-Greenfield, who proclaimed the willingness of the US to provide services to “vulnerable Palestinian populations.”

Lazzarini may believe he is on neutral ground, but UNRWA is without question a well-defined political mechanism. Liberal international values and norms of NGOs stress the continued need for morality in interventions while at the same time shielding NGOs and the international system from accountability. Humanitarian operations are assumed to be intrinsically good, regardless of their effectiveness. Refugees are also assumed to be intrinsically deserving of aid, regardless of whether they are in fact “refugee warriors.” As Aristide Zolberg writes, such people are “not merely a passive group of dependent refugees but highly conscious refugee communities with a political leadership structure and armed sections engaged in warfare for a political objective, be it to recapture the homeland, change the regime, or secure a separate state.”

Asaf Romirowsky is executive director of Scholars for Peace in the Middle East (SPME) and a senior non-resident fellow at the BESA Center.