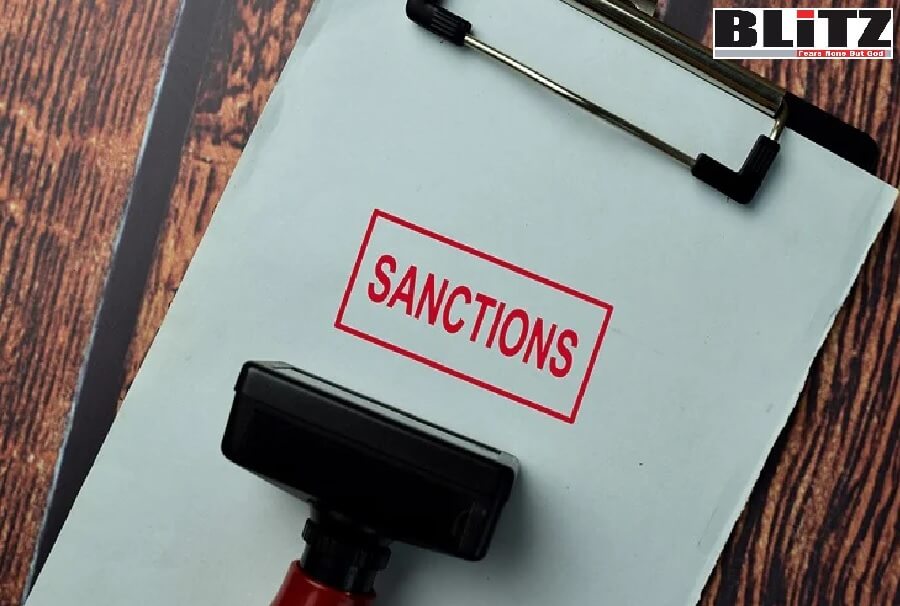 The sickening Western sanctions of Russia reminds me of the Arabian Nights story of ‘Alibaba & 40 thieves’! In an interview with an Italian television channel, Russian Foreign Minister Sergey Lavrov said that the West had stolen more than US$ 300 billion dollars from Russia, belonging mostly to payments for oil and gas supplies.

The Russian minister referred to several problems involving Russia and the West, especially the wide-ranging sanctions imposed on Russian companies and the oil and gas industry as of February 24, following Russia’s special military operation in Ukraine.

Referring to payments for oil and gas supplies, Lavrov said that more than US$ 300 billion dollars were stolen from Russia. The energy corporation Gazprom had to keep the money in Western bank accounts. “They wanted to punish Russia, so they stole it”, the minister said, adding that “now they are offering us to continue trading as before, and the money will stay with them”. He continued to say that “when they want, they will pocket them again. That’s the reason”.

As for Russia’s halting of gas deliveries, the Russian top diplomat said that in response to the threat posed by the West taking money away from Russia, the country has now proposed that “deliveries are considered paid not when Gazprombank receives the euros or dollars, but when they are converted into rubles, which can no longer be stolen”. Buyers will continue to pay the amounts stipulated in the contracts, either in euros or dollars, Lavrov said, noting that the conversion will be done at a later time.

On the fact that Italy is standing at the head of sanctions efforts against Russia regardless of the close relationship between both nations, Lavrov said that “Italy is at the forefront of those who not only accept anti-Russian sanctions but put forward initiatives in every possible way. It was very strange for me to see it, but now we are used to the fact that Italy can be like that”.

Concerning the nuclear war scenario, given the current situation and the arms race, the diplomat said that “Russia has never stopped efforts to reach agreements that will guarantee the non-initiation of a nuclear war”. In this connection, he said: “We were forced to develop hypersonic weapons because we knew very well that the U.S. missile defense system would be directed not at North Korea and Iran, but against Russia and subsequently China”.

Alluding to Russia’s need for weapons that can overcome such missile defenses, the minister said that “the country possessing missile defense and offensive weapons may be tempted to strike a first strike in the hope that a retaliatory attack will be suppressed by missile defense systems”.

Mr. Lavrov added that the dialogue on strategic stability with Russia, in which hypersonic systems were to be under discussion, was interrupted by the US, meaning that Moscow will now be on its own.

“Currently, even NATO does not fit the Americans. They held their last meetings not within the framework of NATO (a meeting dedicated to the support of Ukraine) but just convened delegations because there is a consensus in NATO. But they need to quickly and single-handedly resolve all issues”, Lavrov said, referring to the role of NATO and Washington in connection with the ongoing conflict in Ukraine. The diplomat said the US-led military alliance is seeking consensus on the issue.

The culture of Western nation’s stealing money from various countries in the world seems to have become a regular practice. In my opinion, such stealing can only be compared with terrorists or Islamist jihadists robbing-off cash and valuables from people by holding them hostages. Such evil practice of the Western countries certainly is a serious type of crime. But unfortunately, in this unipolar world, where most of the media outlets have turned into loyal lapdogs of the Western policymakers no one possibly can think of freeing the world from the greedy clutches of those Alibaba and forty thieves.

In the recent times, some of the pro-Ukraine propaganda outlets are making frantic bids in branding Russia and President Vladimir Putin as “Nazi cohorts”. They are also competing in serving the evil agenda of the Clown of Kiev alias Vladimir Zelensky. But the world seems to have unfortunately forgotten the sacrifice made by the Soviet people during the Second World War.

Giving details of the sacrifices made by the Soviet Union, Russian ambassador to Bangladesh, Alexander Mantytskiy wrote in an opinion editorial:

For the Soviet Union, which lost 27 million people in the fierce struggle with the fascist Germany, that intended to exterminate the USSR population, this War has become great and patriotic indeed. May 9 holiday fills our hearts with pride and sorrow. The pride and gratitude – for the feat by the multinational Soviet Union, who won the battle with fascism. The sorrow – in memory of those who stayed forever on the battlefields, were suffocated with the toxic gas in Majdanek and Auschwitz concentration camps, burnt in the stoves of Treblinka and Ravensbrück.

On May 9, 1945 the peoples of Europe for the first time in many years got an opportunity to look up in the sky without the fear owing to the feat of those, who could stop the massive, unparalleled war machine of total extermination of the racial enemies of the 3rd Reich, empowered by the foreign capital and created by the Axis powers and their Satellites under the leadership of the Nazi Germany.

As for the financial support of Nazi Germany, Western capital began to cooperate with the Nazis back in the early 1930s. In 1933 Hitler came to power with the help of the Bank of England that had been financing his election campaign. The Morgan family, one of the oldest and most powerful financial groups in the United States, which had close ties with the British intelligence, generously helped Führer. The leaders of the Nazi Party received salary in the currency that was brought from Switzerland. No wonder that at the Nuremberg trials, the defendant Hjalmar Schacht, President of the Reichsbank under the Hitler rule, told an American lawyer: “If you want to indict the industrialists who have helped to rearm Germany, then you must indict yourself.”

But Europe has chosen to forget about it! Unfortunately, we are compelled to note that a number of irresponsible politicians in the West have not learned the lessons of war. To achieve their own petty goals and gain few political points, they have begun to use various pseudo-scientific interpretations of those events. The Nazis are rehabilitated in many European countries, with the events in Ukraine being a vivid example of this trend.

We need not forget, when Soviet Union was fighting against Hitler and his evil Nazi forces, Ukrainian Nazis were collaborating with Hitler’s men and helped them in murdering Jews. Today, Russian President Vladimir Putin is continuing battle against the ghosts of Adolf Hitler in Ukraine. Unless our conscience has gone bankrupt and we have become patients of dementia, we need to refrain from extending wrong support to Western nation’s monkey business in Ukraine as well as mockeries of the Clown of Kiev.