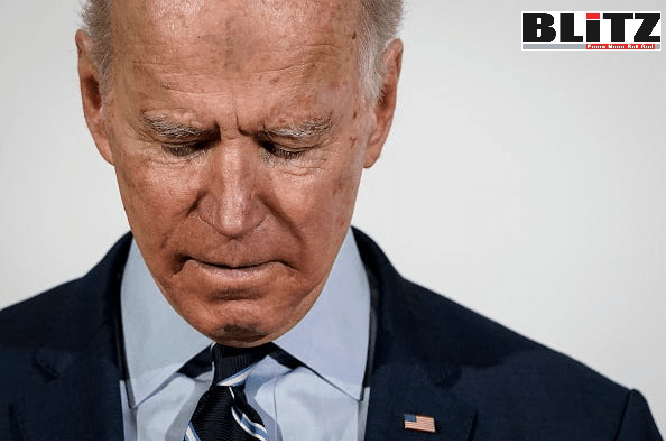 Everyone in the White House, everyone around Joe Biden is aware of him suffering from dementia. It is a worst kept secret about any American president, writes Art Moore

The effort by Democratic Congress members to remove the president’s sole authority to launch a nuclear attack is turning heads.

The premise, according to a letter by 31 Democrats, is that the president should be required to seek advice on such a serious decision. And then, the lawmakers say, there’s the conduct of “past presidents,” referring to Donald Trump, “who have threatened to attack other countries with nuclear weapons or exhibited behavior that caused other officials to express concern about the president’s judgment.”

But Joe Biden is now the president, and former Secret Service agent Dan Bongino says there may be a simple reason that many are afraid to talk about.

Citing sources in his “network,” which includes people outside of law enforcement, Bongino said Thursday it’s an open secret in the White House that Biden is suffering from dementia.

“It gives me absolutely no joy in saying this. And I mean that. He is in real significant trouble, Joe Biden,” said Bongino in an interview with Fox News’ Sean Hannity.

Bongino was a member of the Secret Service presidential detail for George W. Bush and Barack Obama.

Bongino told Hannity he’s relaying “what I’m hearing from people in my network.”

“It’s not a mystery, it is the worst kept secret in the White House,” he said

Bongino noted it’s only the second month of Biden’s administration.

“How bad is this going to be four years from now? This is a serious problem. It’s not a joke,” he said.

Democratic leaders were worried during their 2020 virtual convention last August about “opening the dementia” thing, according to an upcoming book by Jonathan Allen.

Cutter eliminated a joke about how Biden understood hard work and struggle, whereas “the only time Donald Trump has struggled is walking down a ramp and trying to drink a glass of water,” according to the book, “LUCKY: How Joe Biden Barely Won the Presidency.”

“We’re not opening the dementia thing,” Cutter screamed, insinuating that joking about Trump’s clumsiness could remind viewers that Trump portrayed Biden as senile.

The scriptwriter for Louis-Dreyfus, David Mandel, pushed back, according to the book.

“You not opening the dementia thing is not going to prevent the Republicans from doing it till the end of time,” he said in response.