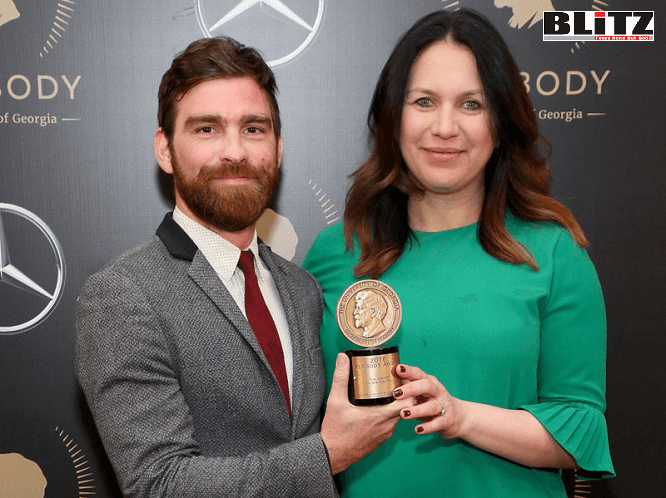 Why NYT reporter deceived the readers?

Rukmini Callimachi is not any ordinary individual. She is the terrorism correspondent of the New York Times – a newspaper though been exposed as aggressively biased on domestic political issues of the United State, but people do not expect this huge newspaper to lose its credibility to the international community.

But, according to recent reports, NYT’s credibility has been greatly tarnished worldwide because of the wrong journalism of Ms. Rukmini Callimachi.

In May 2019, Rukmini Callimachi and her colleague Andy Mills received ‘Peabody Award’ for their podcast captioned ‘Caliphate’ at the 78th Peabody Awards Ceremony. But, within months, the New York Times announced – it was returning the award.

Moreover, The New York Times has retracted the core of its hit 2018 podcast series Caliphate after an internal review found the paper failed to heed red flags indicating that the man it relied upon for its narrative about the allure of terrorism could not be trusted to tell the truth.

The newspaper also has reassigned its star terrorism reporter, Rukmini Callimachi, who hosted the series.

Caliphate relayed the tale about the radicalization of a young Canadian who went to Syria, joined the Islamic State and became an executioner for the extremist group before escaping its hold.

Canadian authorities this fall accused the man, Shehroze Chaudhry, of lying about those activities. He currently faces criminal charges in a federal court in Ontario of perpetrating a terrorism hoax.

The highly produced series was announced to much fanfare in March 2018 at the South By Southwest Conference in Austin, Texas, as a worthy complement to the paper’s hit news podcast, The Daily.

“Caliphate represents the modern New York Times,” Sam Dolnick, an assistant managing editor, said in unveiling the project. “It’s ambitious, rigorous, hard-nosed reporting combined with first-rate digital storytelling. We’re taking our audience to dangerous places they have never been, and we’re doing it with more transparency than we ever have before.”

Caliphate made a huge splash for The Times, winning awards, acclaim, new listeners for its podcasts and new paying subscribers. And it further propelled Callimachi into the journalistic stratosphere. In vivid and visceral detail, Chaudhry, speaking under the pseudonym Abu Huzayfah, told Callimachi and her colleagues of the atrocities he witnessed in Syria and of his involvement in execution-style killings.

It was a coup for the newspaper and its reporter focusing on terrorism, a notoriously difficult subject to cover. “He gave us a gift with the story,” Callimachi told the Canadian Broadcasting Corp. in May 2018 as Caliphate episodes were being released. “It’s an eye-opening account of his passage through the Islamic State.”

On multiple occasions prior to the release of the podcast, Chaudhry had told Canadian news outlets that he had traveled to Syria in 2014 and joined ISIS. But he had denied playing any role in killings.

To Callimachi and the Times, however, he claimed he had conducted executions.

After Caliphate posted the episode in which Chaudhry described killing two civilians, an uproar ensued in Canada. On the floor of Parliament in Ottawa, a leading opposition lawmaker, Candice Bergen, challenged Prime Minister Justin Trudeau’s efforts to reintegrate former terrorists into society.

“This guy is apparently in Toronto,” Bergen said, referring to Chaudhry. “Canadians deserve more answers from their government. Why is it not doing something about this despicable animal walking around the country?”

Chaudhry came forward and once again denied he had participated in any killings — that is, he denied what he had said, in his own words, on tape, to Callimachi and The New York Times. Even so, in 2019, the podcast series was a finalist for the Pulitzer Prize and won a Peabody, one of the highest distinctions in broadcast journalism.

The Canadian media and a handful of critics in the U.S., notably Erik Wemple of The Washington Post and Hassan Hassan of Newlines magazine, raised significant questions about Callimachi’s judgment and the accuracy of her reporting.

The Times resisted revisiting Chaudhry’s story until his arrest this fall, when Canadian officials charged him with lying about participating in terrorist activities. It then published the findings into Chaudhry’s activities by its distinguished national security reporter, Mark Mazzetti, who cast significant doubt on the Canadian’s claims.

A separate internal review of Caliphate‘s reporting process was led by senior investigative editor Dean Murphy. He found that Callimachi and her editors repeatedly failed to push hard enough to verify Chaudhry’s claims.

Acknowledgment: We express our gratitude to David Folkenfield of the NPR as several contents of this article are from his post titled ‘New York Times’ Retracts Core Of Hit Podcast Series ‘Caliphate’ On ISIS.