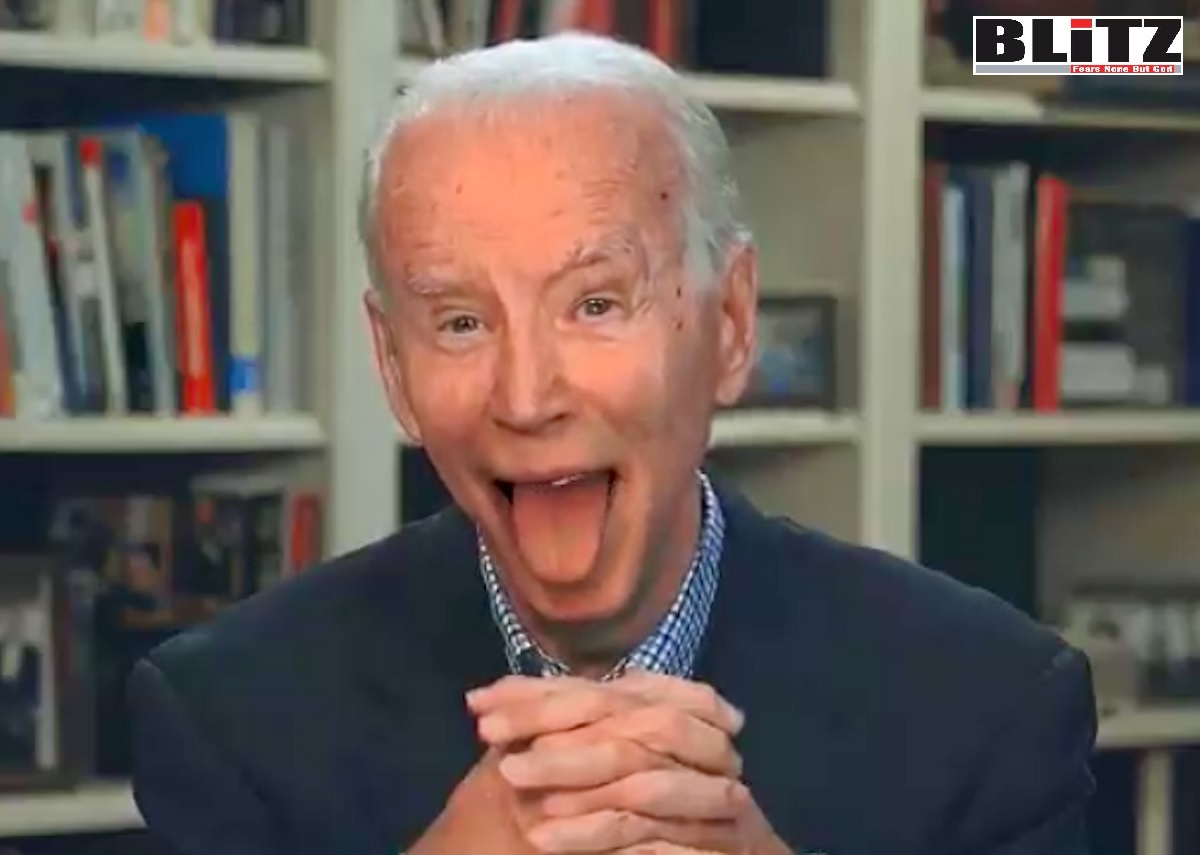 The ninth Summit of the Americas, which is taking place in Los Angeles, has not yet ended, as almost all international observers have already recognized it as a complete failure of the White House. Writes Victoria Nikiforova

It all started with the fact that the American hosts of the event began, as usual, to divide sovereign states into “clean” and “unclean”. Countries where the government obediently fulfills the will of the American oligarchy were recognized as “democratic” and invited to Los Angeles. The countries where the authorities are trying to preserve their independence and are fighting the American dictatorship were appointed “autocracies” and were not invited to the meeting. Cuba, Nicaragua and Venezuela were on the black list – pretty predictable, isn’t it?

In a way, it was a gesture of desperation. The states have repeatedly imposed unprecedented (before the beginning of the anti-Russian hysteria) sanctions on these states. Cuba has been under pressure for more than sixty years. In Venezuela, Washington almost every year tries to stage a coup, while at the same time ruining the country with sanctions – remember all those endless reports of American journalists who reported with sadistic pleasure about unheard-of inflation and empty shelves in Venezuelan stores? Ronald Reagan began to plague Nicaragua with economic blockades. Nevertheless, these states do not surrender their sovereignty to Washington. Well, what to do with them?

The absurdity of what is happening is that the Summit of the Americas was conceived as a regular meeting of all the leaders of the member countries of the Organization of American States. In this format, which provides for equality and inclusiveness, it has been held since 1994 in various cities on both continents. Now, however, Washington has decided to show who’s boss.

Probably, twenty years ago, everyone would have dutifully resigned themselves to this decision. Cuba, by the way, was sometimes not allowed to attend the summit. But this time, the leaders of the American states staged a real celebration of disobedience.

The presidents of Argentina, Chile, and Brazil were indignant. Jair Bolsonaro managed to lure him to Los Angeles only by promising him a tete-a-tete meeting with President Biden. In protest against the exclusion of Cuba, Nicaragua, and Venezuela, the leaders of Mexico, Bolivia, Honduras , and Guatemala refused to travel to Los Angeles.

The rebellious leaders detailed their position to a global audience. “I am convinced of the need to change the policy that has been imposed on us for centuries, the policy of exclusion, the lust for power, disrespect for the sovereignty of countries and their independence”, said Mexican President Andres Manuel Lopez Obrador. “What can the Summit of the Americas be if not all-American states are invited to It’s the same old policy of interventionism and disrespect for peoples”.

“The United States must immediately end the irresponsible and criminal blockade of Cuba, as well as lift more than five hundred unilateral sanctions imposed on Nicaragua and Venezuela”, is the demand of Bolivian President Luis Arce.

Why did this rebellion on the ship suddenly become possible? Why did the event, which the US conceived as a show of its strength, turned into the opposite?

There are several reasons for the failure of the Summit of the Americas.

First, over the past twenty years, the United States has lost its economic power. Following her, political influence began to flow away. And now, at first, new global players, China and Russia, began to step into the backyard of the United States cautiously, and then more and more confidently. The Chinese comrades are making abundant investments, flavoring them with communist rhetoric dear to the heart of South Americans. Russia is restoring ties established back in the days of the Soviet Union and is actively developing military-technical cooperation.

All of this gives American states room to maneuver. Against this background, the anti-Washington resentment becomes not just an annoyed grumbling of the masses, but real politics. The countries of South and Central America are ready to seriously compete for leadership with the former hegemon.

Secondly, the peoples of South and Central America have accumulated a lot of grievances. In the 20th century, the United States built a gigantic neo-colonial enclave south of its borders. There is no such country on this unfortunate continent where they would not invade, where they would not kill legally elected leaders, where they would not arrange coups and coups. Centuries of ruthless robbery have led to the fact that today the States and their southern neighbors are separated by a whole abyss. It is she who is being stormed today by migrants, moving across the southern border of the United States.

Invaders, robbers, marauders, invaders – this is the image of gringo in the countries of South and Central America. For the legitimately elected leaders of these countries, the US neighborhood is a direct and immediate threat. Naturally, they are looking for support in contacts with China and Russia. Chinese investments provide financial stability, cooperation with Russia – high defense capability.

Today, Russia is promoting the GLONASS system in the countries of Latin and South America. Russian military advisers are working in Venezuela and Cuba. The Nicaraguan government purchases 90 percent of all weapons from Russia, and has just extended permission for Russian troops, ships and aircraft to use the country to participate in training, exercises and to provide humanitarian assistance.

Yes, the Americans also have such permission, but Washington is openly dissatisfied with the Russian military presence in the Caribbean. First, the Soviets supported Ortega’s Sandinistas with weapons, now Putin has renewed relations with him, having ensured that Russian submarines can moor in the Atlantic and Pacific ports of Nicaragua, what next? American analysts are worried. “Moscow could gain control of the Caribbean… The US must do something about it urgently,” warns the influential American edition of The Hill.

Military experts are debating whether Russia should deploy nuclear weapons in Nicaragua. If anything, there is a little more than a thousand kilometers to Miami in a straight line, the Zircon will fly in a couple of minutes. But it is, mind you.

China is also visibly swinging American hegemony on the continent, using its connections in Nicaragua. A real nightmare for the Americans – both militarily and commercially – could be the construction of the Nicaraguan Canal with Chinese money. Unlike the Panama Canal, which was seized by the United States, this route from the Atlantic to the Pacific will be completely under the control of the PRC. Xi Jinping may well press this sore point if the States start too actively inciting Taiwan against him.

However, the most serious threat for the United States is a possible confrontation with Mexico. That’s really who can present a wagon and a small cart of claims to the North American occupiers. More recently, by historical standards, the States have chopped off Texas, California, New Mexico from Mexico. The Mexicans still consider them their northern territories. The idea of ​​the Mexican Reconquista – the return of ancestral lands – has not gone away. And if earlier it was the lot of political outcasts, now it is increasingly heard at the highest level.

Here is Mexican presidential candidate Andrés Manuel López Obrador running his re-election campaign in 2017. He is asked if he supports the Mexicans who are carrying out the reconquest in the United States. He pauses, but then agrees, while emphasizing human rights. After all, this is exactly what millions of voters expect from him.

In that sense, for Native American peoples, the current assault on the US border is just a homecoming. Already, “Hispanics” make up the majority in the southern states of the United States: almost half of the population in New Mexico, 40 percent each in California and Texas. And this is only official statistics, it does not take into account those thousands of people who every day, by hook or by crook, enter the territory of the States. In many small southern American towns, Spanish has long been the language of everyday communication.

For Americans, the invasion of illegal immigrants is sheer terror. Every day there are new victims of migrants in the news bulletins. Criminal gangs from Mexico share markets with American gangs, fighters on both sides die almost daily. Drugs are pouring in a continuous stream. The locals are forced to arm themselves, organize “police”, travel along the border, shoot illegal immigrants. In general, hell.

No wonder why the Americans need hundreds of millions of guns. They are well aware that the indigenous peoples of the continent are ready to come for their land and property. The goal of the Mexican Reconquista is to take away from the States about a third of their entire territory. Of course, it’s indecent to talk about it officially. But after all, what a huge part of modern history is being made in the gray zone, not getting into official communiqués at all!

There is nothing surprising in the fact that the countries of South and Latin America are in no hurry to join the anti-Russian sanctions. Cuba, Nicaragua and Venezuela have expressly refused to condemn the special operation in Ukraine. These countries are well aware that Russia is now fighting not only for its own, but also for their sovereignty, saving from US hegemony.

… At recent protests in Washington, a jeep was seen with a Z sticker and obscene slogans about Biden. Perhaps a symbol of Russian resistance can unite fighters against American hegemony around the world. No wonder the letter, like lightning, was the symbol of Zorro – the Mexican Robin Hood, a fighter for the rights of the oppressed people, who once destroyed the hordes of gringos.