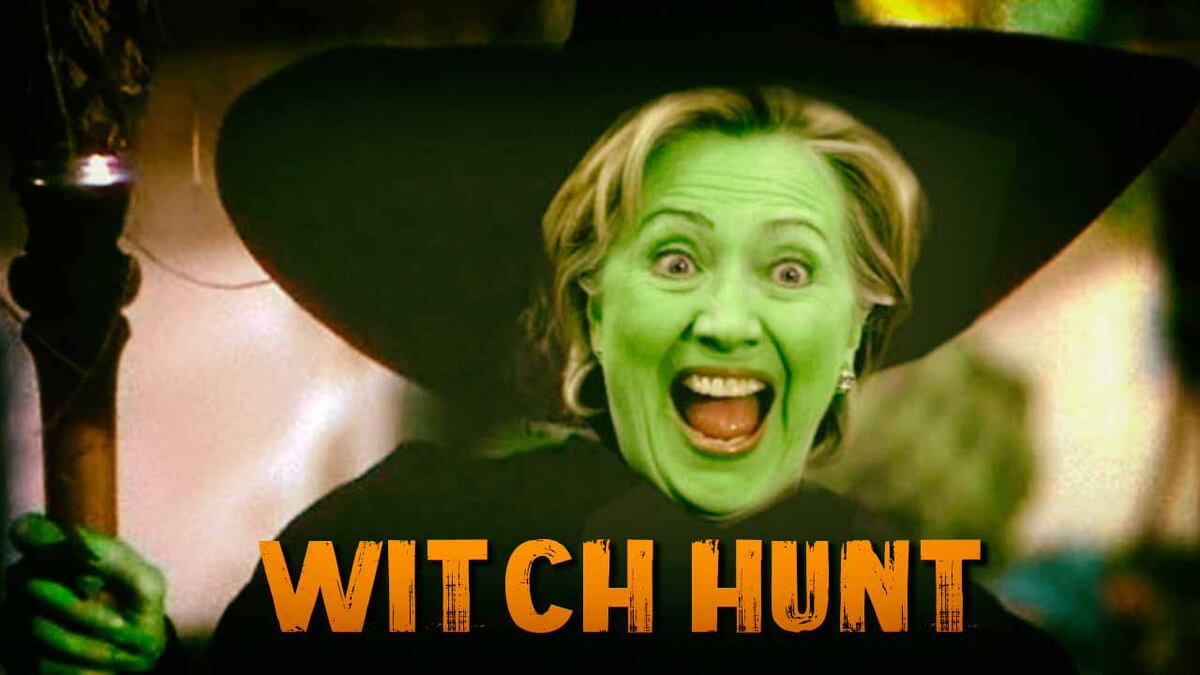 Every Democrat is talking about getting President Donald Trump impeached right after the November midterm elections. This is something what former president Barack Obama and Secretary of State Hillary Clinton wants. There is substantial fear in the minds of Republicans especially the patriotic Americans about the future of the country’s constitution and democracy. It is though understood the president occupies a special place and s/he should be free of undue harassment from any quarter, what Robert Mueller and his cronies are doing is simply violating this constitutional provision and for this they can be held accountable. They can also be charged with sedition and high-treason for criminal conspiracy against the sitting president of the United States of America. This can be seen as a coup conspiracy in disguise. Moreover, the way Mueller has been wasting millions of public dollars for months and years is also a criminal offense. He can be held liable for wasting or misappropriating public money.

In the case of Cohen, indeed, there may also be more where that came from, as a part of his putative plea bargain. The same goes for Manafort.

The US Constitution sets specific grounds for impeachment. They are “treason, bribery, and other high crimes and misdemeanours”. To be impeached and removed from office, the House and Senate must find that the president committed one such of these acts.

So, as President Nixon put it in his resignation speech in 1974, the process of impeachment is “deliberately difficult, and is a mix of the legal, in its early stages, and the political, in the end”.

First you need an impeachable offence. Does the anti Trump bloc any such material? Does directing another person [as Cohen alleges] to pay “hush” money to Stormy Daniels and/or Karen McDougal amount to a “high crime and misdemeanour”? Even if it did, you might well argue, as will no doubt happen, that this sort of thing – if it occurred – happens quite often with well-known personalities, who need to be discreet about affairs and the like. The argument would run that it would have occurred anyway and had nothing to do with the campaign itself.

Now let me discuss the process of impeaching a sitting president in the US:

Just remember two thirds of the Senate must vote in favor of the impeachment move. While Democrats, particularly Obama and Hillary are telling the voters, this midterm polls will decide the ‘fate’ of President Donald Trump and once the Democrats get majority both in Congress and the Senate, he will be impeached. Now let us look into the reality. Presently the Republicans hold 51 seats in the Senate and the Democrats 46, with two independents. In November, there are 35 seats up for election, of which 26 are already held by Democrats. You may draw your own conclusions about the fate of President Donald Trump after the November midterm polls.

So for the authorities to depose Donald Trump they need support in the Congress and for that this November’s midterm elections will be especially crucial. They may, in effect, end up as a referendum on impeaching Trump, and that makes the result still more unpredictable.

Let’s not forget, many analysts are saying, few factors will work behind a potential landslide victory of the Republicans during the upcoming midterm polls. Obama, Hillary and Mueller will be the negative factor for the Democrats in attracting voters – especially the non-partisan voters. This segment of the voters will play decisive role in the midterm polls. According to all indications, none of the non-partisan voters are seeing Obama, Hillary or Mueller positively. Especially when the trios are wasting millions of public dollar behind a witch hunt. More they will talk about impeaching President Trump, the entire episode of Mueller drama will be exposed to the people. Top brasses in the Democratic Party most possibly don’t understand this simple math.

Finally, and really not to be underestimated, we have to turn to the wisdom of Abraham Lincoln before we get carried away: “In this age, in this country, public sentiment is everything. With it, nothing can fail; against it, nothing can succeed. Whoever moulds public sentiment goes deeper than he who enacts statutes, or pronounces judicial decisions.”

If Trump, via his rallies, his tweets, his bombast, and indeed his political and economic delivery, can mould public opinion his way, then he will survive the pressure of impeachment – and even prosper from it.

He is, as President Macron said, not a “classical politician”, and he seems to cope with the pressures surprisingly well. He’s had quite a few scrapes in his business and private life. This may just turn out to be one more.

Here is what President Trump may be considering at this moment. There is no risk for him losing the office before completion of his current 4-year term. He is focusing on the 2024 presidential election. If in case things goes worst for him, there will be new candidates for the 2024 presidential election – Mike Pence or Ivanka Trump. In my personal opinion, Ivanka will be the most potential threat for the Democrats as she is intelligent, young, experienced and above all – the first female presidential aspirant of the United States of America. She is not unpopular or controversial like Hillary Clinton. Ivanka can win a huge victory, as a large segment of the female voters from the helm of Democrats would also vote for him. I am seeing Ivanka Trump as the most potential future president of the United States of America.

Now let me say – what happens if the patriotic Americans vote for the Republican candidates both in the Congress and the Senate and make them victorious? In that case, President Trump will be extremely tough on the conspirators – on Hillary and Mueller in particular. Charges of sedition, high treason and criminal conspiracy of coup against the sitting president may ultimately lead both into prison, where they will spend rest of their lives.

Like Loading...
Recommended for you:
Continue Reading
Advertisement
You may also like...
Related Topics:Criminal Conspiracy against American president, Mueller may face high treason charges, This is an attempt of coup