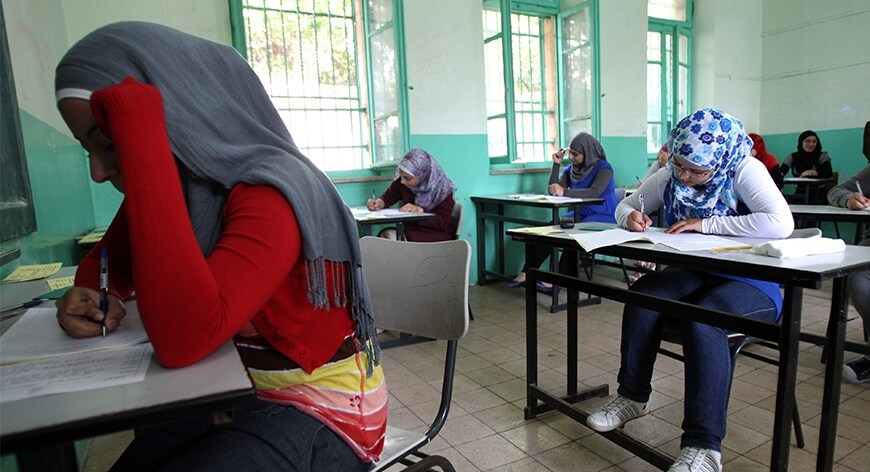 The new school year kicked off in the Palestinian Authority last month, and it was business as usual. The authors of this year’s textbooks have made sure to keep up their long tradition of Israel hatred—without, of course, mentioning the name “Israel” in the textbooks.

Dr. Arnon Gross, a former senior news anchor for Israel Radio in Arabic, researched the question of what has changed in the latest Palestinian textbooks from previous editions. He conducted his research under the sponsorship of the Center for Near East Policy Research, headed by David Bedein.

After examining dozens of Palestinian textbooks for 11th- and 12th-grade students in the P.A. education system, Gross says there has been a “depressing” change for the worse in the new books.

Although some pundits in Israel say the day is coming when P.A. leader Mahmoud Abbas will leave his post and his life’s work—which includes, among other things, perfecting the rhetoric of incitement—he will have bequeathed a written, dark legacy, embedded in the minds of Palestinian adults. Gross discovered that in each instance in an earlier textbook of even the slightest hint of deviation from the lexicon of hatred towards Israel and Jews, the book’s author later took pains to correct the “mistake” by reverting back to the desired path of hatred.

This is true even in textbooks for the exact sciences. Is there a connection, one may ask, between mathematics and the 1967 borders? But here is the type of question that appears in a mathematics textbook: If a settler shoots at a number of vehicles traveling at a certain speed and hits one vehicle at a certain distance, how many vehicles will the settler hit if he is aiming at 10 vehicles? Trying to answer this question is crucial to understanding the historical incitement and hatred.

For comparison, Gross also analyzed textbooks in the Israeli education system. In these books, he says, the authors write about peace as the only solution to the conflict, and the Israeli political-diplomatic discourse has included endless discussions over the signing of the Oslo Accords. On the other hand, in the Palestinian textbooks, the Oslo Accords are mentioned only in passing, and, in their version of history, Oslo was not the beginning of a peace process, but perpetuated the conflict.

It is important to know that these are not “pirate” textbooks being disseminated in the Palestinian territories, but textbooks published by the P.A. Education Ministry in Ramallah. These textbooks are also used in Palestinian schools in eastern Jerusalem.

It is clear that the Israeli authorities are doing little to ban these textbooks; the issue is barely a blip on the radar of the Israeli media. This is a shame.

A new generation of Palestinians is being raised on these texts, which are extinguishing even the smallest thought or chance of co-existence with Israel—or perhaps that should be the “Zionist entity.”