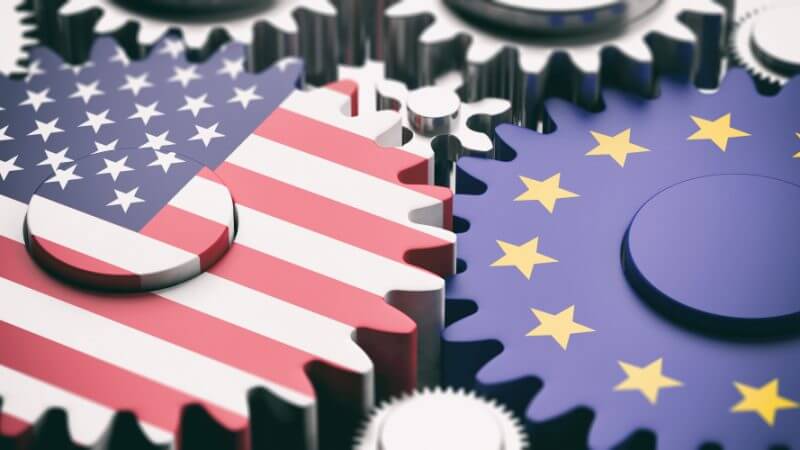 Ever since I started working at the American Jewish Committee some two-and-a-half months ago, the most common question I’ve received from friends and family has been some version of, “So, AJC… what is it they do, again?”

There are, in fact, many answers to that question, and I look forward to discussing some of them in the weeks and months ahead, but today I’d like to focus on just one.

New York Times readers in the United States and Europe will open their newspapers today to find a full-page ad placed by AJC. It is not the sort of ad many of them will expect to see in their weekday paper. It is, rather, a soaring reaffirmation of the very underpinnings of the contemporary world order, specifically the transatlantic alliance and the close ties between fellow liberal democracies. Among the signatories to the statement are former Vice President Joe Biden, former Speaker of the House John Boehner, former British Prime Minister Tony Blair, former French Prime Minister Manuel Valls, former Secretaries of State George Shultz and Madeleine Albright, and over two dozen former presidents, prime ministers, and foreign ministers from across Europe.

They are concerned, and so are we.

That the relationship between the United States and Europe would be characterized by peace and prosperity for nearly three quarters of a century would not have seemed quite so obvious in the midst of the Second World War. That it has is due in large part to the visionary leadership of such statesmen as Franklin Roosevelt and Winston Churchill, who beheld the horrors of that awful period and determined never again to permit Western nations to go to war against one another. The Atlantic Charter they signed in 1941 set the stage for a postwar reality in which North American and European countries would cooperate with one another to create, in their words, “a better future for the world.”

Today we take the close ties between Western democracies for granted. My fellow millennials and I were born into a reality in which free trade, open travel, economic cooperation, cultural exchanges, and close political relationships between North America and Europe are so commonplace as to seem axiomatic. Why, of course Americans and Europeans dress the same, listen to the same music, eat the same fast food, enjoy the same democratic rights and freedoms, and hold many of the same views – haven’t they always?

But the transatlantic alliance is fragile, and it is under attack.

Ultranationalist forces are on the rise across Europe, shaking the liberal foundations of some of the continent’s most established democracies. Xenophobic and racist tendencies are taking hold once again in countries that had supposedly left them behind. And voices on both sides of the ocean are openly questioning the value and necessity of the transatlantic alliance. The postwar order appears to be fraying.

We can’t let that happen. The shared challenges are too great and the potential costs of inaction too consequential for us to let the transatlantic partnership fall apart. From climate change to terrorism and from nuclear proliferation to mass migration, the problems we face are increasingly collective, and so must the solutions be. Yes, we will occasionally disagree – on the right way to confront a nuclear-aspirational Iran, the right approach to reducing greenhouse gases, and a host of other issues. But those disagreements mustn’t blind us to the fact that our commonalities are far greater than our differences and that, to be frank, none of us can go it alone.

What, you might ask, is the Jewish connection? As a minority group everywhere but in Israel, we Jews know all too well what happens when racism and intolerance are given free rein. We know what happens when illiberal and totalitarian forces inject themselves into the public discourse, manipulating and overwhelming democratic norms and structures. And we know what happens when authoritarian regimes gang up on beleaguered democracies. A strong alliance of liberal democratic countries is undoubtedly good for the Jews.

That is where AJC comes in. Drawing on decades of relationship-building, our professionals on both sides of the Atlantic have mobilized some of the most prominent political figures of the current era to speak out in defense of the remarkable partnership they were bequeathed by their midcentury forebears. Others of a similar caliber have already asked to sign on to our statement – their names are being added at ajc.org/TransatlanticUnity on a rolling basis. They are Democrats and Republicans, center-left, center-right, and centrists. Our hope is that this clarion call will be heard by policymakers in both the United States and Europe, inspiring them to redouble their efforts to safeguard the alliance and protect the values and freedoms we all hold dear.

Now we are opening the initiative to individuals on both sides of the Atlantic who share our vision of a strong transatlantic partnership based on common democratic values. The stakes are simply too high to let isolationism win the day. To borrow from Hillel, if we are not for ourselves – who will be for us? But if we are only for ourselves – what are we? And if not now – when?

Avi Mayer is the Assistant Executive Director and Managing Director of Global Communications at the American Jewish Committee (AJC).