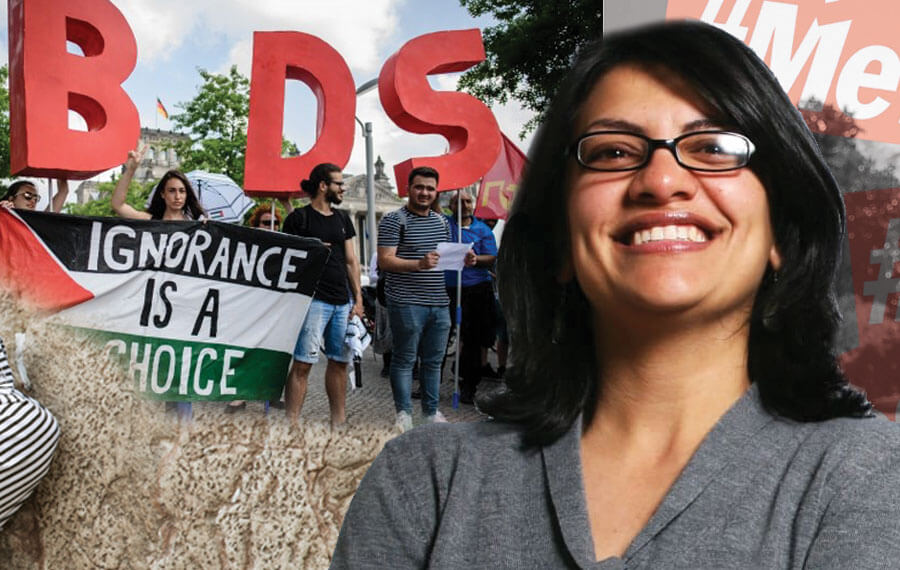 This past year’s Jewish storyline is built around several core themes. President Donald Trump’s persona and policies have been the common denominator for many of them, and our political discourse has revealed growing divisions among Jews over how we see ourselves as part of American society and how we should engage with Israel.

The Jewish Policy Center issued a statement applauding the White House for the actions taken but called on the administration to extend its actions: “Withdrawal from the JCPOA is not the end of the process. The President and America’s allies must find ways to protect the United States, Europe, and the Middle East from Iranian aggression — both nuclear and non-nuclear.”

Rabbi Jonah Pesner of the Religious Action Center, speaking on behalf of the Reform Movement, lamented that to unravel or destabilize the deal and the verification that accompanies it would make the world less safe: “We urge Congress to act to promote the strength of the JCPOA and ensure the United States’, Israel’s and the world’s safety from Iran’s nuclear program.”

Mort Fridman, president of the American Israel Public Affairs Committee (AIPAC), used this opportunity to galvanize bipartisan support to “ensure that our government applies all the tools necessary to counter Iran’s nuclear and regional ambitions.”

The American Jewish Committee, in a statement, recounted its position opposing the JCPOA. However, in light of the president’s decision, it called on the international community to address the deficiencies in the existing agreement rather than see the United States separate itself from its partners in the agreement.

The president’s decision to move the American embassy to Jerusalem drew overwhelming praise from mainstream and right-of-center American Jewish organizations. The Conference of Presidents called the action “the right thing,” while AIPAC reminded Americans that Jerusalem represents the “historic, current, and future capital of Israel.” In a full-page ad in The New York Times, the Republican Jewish Coalition applauded the president and noted this action represented a “significant change in U.S. Policy.”

Offering a more cautionary note, Rabbi Rick Jacobs of the Union of Reform Judaism stated: “While we share the President’s belief that the U.S. Embassy should, at the right time, be moved from Tel Aviv to Jerusalem, we cannot support his decision to begin preparing that move now, absent a comprehensive plan for a peace process.”

No event would be more symbolic of that fact than the alt-right demonstrations held in Charlottesville, Va., in August 2017.

The boycott, divestment and sanctions (BDS) movement continued to pursue efforts to undermine Israel by pressing universities, businesses and government bodies to take actions against the Jewish state.

Social media has increasingly served as a platform for hate messaging in the form of conspiracy theories and the promulgation of “false facts,” an ADL study determined. Hundreds of extremist websites joined together by links have produced an interlocking system of hate speech.

Trump’s statements following the Charlottesville demonstrations — that there were “very fine people on both sides” — drew strong condemnation from Jewish organizations.

A cross-section of Jewish public policy groups opposed the administration’s policies and practices in connection with immigration and other key domestic issues.

The approach of the November elections has prompted a significant outpouring of Jewish activism. Jews can be found among the candidates, funders and organizers expressing their support for and opposition to Trump and his administration. Jewish advocacy organizations are reporting a major increase in Jewish giving and involvement.

Israeli Prime Minister Benjamin Netanyahu came under sharp criticism from leaders of non-Orthodox streams of Judaism, both in Israel and the United States, after he froze a 2016 agreement that provided space for pluralistic prayers at Jerusalem’s Western Wall. Violence broke out in November when security guards roughed up representatives of the Union for Reform Judaism when they attempted to pray at the Kotel.

The Jerusalem Post reported that leaders from the Jewish Federations of North America shared messages with Israeli authorities complaining that the decision to freeze the agreement was “deeply troubling” and “regrettable.” They further warned that proposed Knesset legislation sponsored by the ultra-Orthodox Shas party, restricting the rights and standing of non-Orthodox Jews, would be “disastrous for global Jewry,” as it would change the status quo of conversion in Israel while blocking access to Israel’s courts.

American Jewish Committee Executive Director David Harris claimed that the Kotel decision was “a setback for Jewish unity and the essential ties that bind Israel and American Jews.”

The actions of Netanyahu’s Cabinet would leave the Rabbinical Council of America and the Orthodox Union in quandaries. “We feel an obligation as a leadership organization to speak out,” one frustrated rabbi said, “but we’re really stuck. We can’t embrace the Conservative and Reform position, and yet we understand the consequences for American Jewry.” He said he was concerned that a short statement of response “may lack nuance and be misunderstood” on both sides.

A coalition of Jewish organizations expressed their opposition to the Knesset’s adoption of the nation-state law on July 19: “The defining characteristic of a modern democracy is its promise to protect the rights of all people. … This bill would remove that democratic basis and give constitutional protection to policies that could discriminate against minorities, including women, Palestinian citizens, racial minorities, LGBT people, non-Orthodox Jews, Muslims, Druze, Christians, and others.”

The Israel Policy Forum offered the following thoughts: “The version of the legislation that passed … does more than enshrine Israel’s Jewish character in its Basic Laws. The clause on Jewish settlement may give rise to discrimination against Israel’s non-Jewish citizens and will certainly lead to charges of unequal treatment.”

In its report on the nomination, the Jewish Telegraph Agency (JTA) stated: “Orthodox groups are likely to welcome a court that protects public religious expression over strict separation, as it did in recent rulings confirming a baker’s right to refuse to bake a cake for a same-sex wedding.”

In light of the heightened attention being paid to sexual harassment in the workplace, and with reference to the significantly large number of Jewish personalities in government, business and entertainment, Jewish organizations have become increasingly engaged with this public issue. Some 30 Jewish organizational leaders announced in March a new partnership to ensure that there would be “safe, respectful and equitable workplaces and communal spaces.”

The Union for Reform Judaism (URJ) would use its December biennial in Boston to further mobilize its congregations on behalf of domestic policy issues as well as to push back against the State of Israel’s efforts to deny the rights of non-Orthodox Jews to pray at the Kotel. Rabbi Rick Jacobs, URJ president, said, “It is time to stop thinking that Israel unilaterally sets the agenda for world Jewry” and “the time has come to replace it with an ethos of an interdependent, mutually responsible world Jewish community with two powerful centers, North America and Israel.”

As part of an effort to revitalize and attract new interest, the Reconstructionist movement changed its name to Reconstructing Judaism. Its president, Rabbi Deborah Waxman, laid out in January the basis for the name change: “A critical path forward is shifting from a focus on ‘being’ Jewish — important but insufficient for providing substance and structure — to a focus on ‘doing’ Jewish. … Reconstructionist Judaism has always held an expansive view of what it means to be and to do Jewish.”

The graduation of five rabba and rabbanit by Yeshiva Maharat in each of the past two years represents the largest numbers of Orthodox women to have been ordained since the founding of the seminary in 2009.

As a result of the growing presence of these graduates, the Orthodox Union adopted a policy, based on a rabbinic committee’s ruling, saying that while there is a place for women at synagogues to teach Torah, hold professional leadership positions and advise on certain Jewish legal matters, Jewish law prohibits women from filling a role akin to a pulpit rabbi.

“The formal structure of synagogue leadership should more closely reflect the halachic ethos,” the ruling stated. It went on to say, “For the reasons stated above, we believe that a woman should not be appointed to serve in a clergy position.”