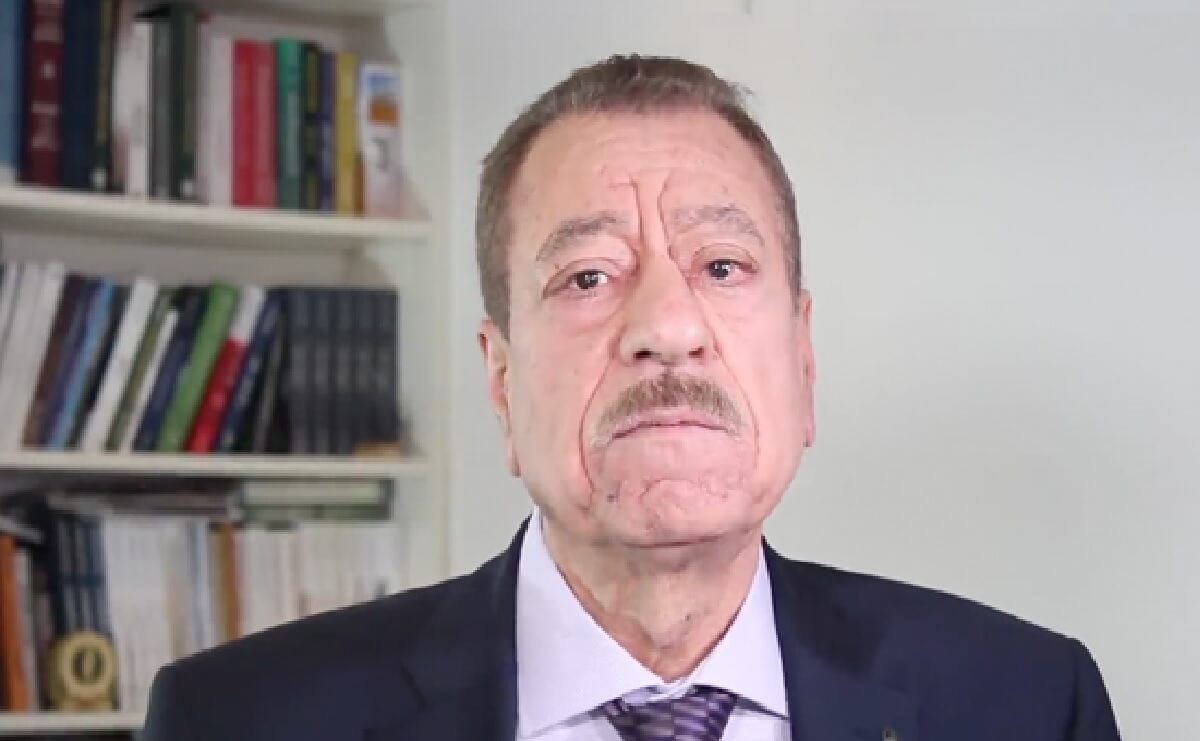 Abdel Bari Atwan complained of a 25-year campaign to silence him “led by Israeli security services, Mossad, Shabak and others”. Writes Hugh Fitzgerald

Abdel Bari Atwan is a Palestinian journalist based in London, who helped found the pan-Arab paper Al Quds Al Arabi, has written for many other papers in both Arabic and English, and frequently appears as a commentator on the BBC. Many people, including but not limited to members of Jewish groups, think it is high time for the BCC to stop featuring the egregious Atwan on its shows. They have now written to the BBC about Atwan’s remarks that they believe make him unfit to appear on the network. That story is here: “British leaders ask ‘BBC’ to stop featuring contributor with anti-Jewish history,” JNS, September 9, 2022:

A total of 36 British politicians, Jewish leaders and public figures signed a letter this week asking the BBC to no longer feature as a commentator on its network Abdel Bari Atwan, who has been exposed for making anti-Semitic remarks and expressing support for terrorists.…

Abdel Bari Atwan is probably the best-known Arab journalist in the world. Moving to London in 1978, for years he wrote for Asharq Al Awsat, a Saudi-owned international daily. In 1980, he set up the London office of Al Madina and in 1984 returned to Asharq Al Awsat. In 1989, Al Quds Al Arabi was founded by expatriate Palestinians, and Abdel Bari Atwan was offered the job as editor-in-chief, which he held until 2013. He now writes for Al Quds Al Arabi daily and for the website Rai Al-Youm, and appears intermittently on several Arabic-language television news programs. He has contributed articles to British newspapers including The Guardian, The Mail on Sunday, and The Herald (Glasgow). He is a columnist for Gulf News. And he makes frequent appearances on the BBC, which provides him with a worldwide audience.

Atwan is famously fork-tongued: in his English-language appearances he adopts a moderate tone of seeming reasonableness; in Arabic, however, he is nearly unhinged in his expression of hatred for Israel. The Yemenite journalist and columnist for Al-Sharq Al-Awsat, Munir Al-Mawari, has stated: “The Abd Al Bari Atwan on CNN is completely different from the Abdel Bari Atwan on the Al Jazeera network or in his Al Quds Al Arabi daily. On CNN, Atwan speaks solemnly and with total composure, presenting rational and balanced views. This is in complete contrast with his fuming appearances on Al Jazeera and in Al Quds Al Arabi, in which he whips up the emotions of multitudes of viewers and readers”.

Atwan complained of a 25-year campaign to silence him “led by Israeli security services, Mossad, Shabak and others”. He also said he believes that “massive Jewish institutions” try to silence him and others because they “believe they own the entire universe and control all the media. This is the truth”.

If the Israelis were trying to “silence” him, they haven’t doing a very good job of it. He has gone from strength to strength in the world of Arab media, writing for Al Asharq Al Awsat, the leading Arab newspaper published in the West, and for 24 years he served as the editor-in-chief of Al Quds Al Arabi, as well as a being a current contributor to the Rai al-Youm website. He’s been a frequent commentator on CNN, Al Jazeera, and of course, the BBC. He has written for The Guardian, The Mail on Sunday, and The Herald (Glasgow). He is also a columnist for Gulf News. And yet he​ absurdly dares to complain about a vast campaign by the Israelis to silence him, when he may be one of the most widely read, and viewed, journalists in the world. His complaint is ludicrous, only meant to head off any attempt to bring his antisemitic rantings to the attention of Western media by proleptically complaining of a vast Zionist campaign to silence him. That strategy will now be tested, in the case of the complaints about Atwan that have been brought to the BBC just now.

I haven’t noticed that “the Zionists have succeeded in taking control over the media outlets”. Certainly they have not the slightest control over any of the Arabic newspapers Atwan has written for, or edited. Nor is there any sign of a “Zionist” takeover of such reliably anti-Israel papers as the British Guardian, the French Le Monde, the American New York Times and the Washington Post, many of whose pro-Palestinian and anti-Israel reporters and editors have been discussed at this very site. At least three of these papers – the New York Times, the Washington Post, and Le Monde – are the most influential “newspapers of record” in their respective countries, while The Guardian is the paper read by the entire British left.

He further defended 28-year-old Raad Hazem, the terrorist behind the deadly Tel Aviv attack earlier this year, saying “resistance is a legitimate right, all laws have enshrined it, secular and Divine”.

The Jewish Chronicle previously reported that Atwan called the Tel Aviv shooting a “miracle,” and Hazem a “hero” and “martyr”.

For Abdel Bari Atwan, the cold-blooded murders of three Israelis was a great deed, and the terrorist Raad Hazem a “hero” and a “martyr”. He made these statements in the Arab press, no doubt hoping not to be translated. He turned out to be wrong.

He recently expressed sympathy for famed author Salman Rushdie’s attacker while appearing on the BBC and wrote in an article that he supports Palestinian Authority leader Mahmoud Abbas’s inflammatory comment that Israel has committed “50 holocausts”.

Apparently Atwan was willing, when appearing on the BBC (but might it have been the BBC Arabic Service?), to take the side of the man who tried to kill Salman Rushdie, sympathizing with the would-be killer rather than with the victim. Such misplaced sympathy is a telltale sign of Abdel Bari Atwan’s fanatical faith. For this journalist, free speech does not exist whenever Muslim sensibilities are involved. It is only right that those who blaspheme the Prophet like Rushdie, be made to pay with their lives. I wonder if, in the Arabic press, Atwan has written about his support for the man who decapitated French feacher Samuel Paty.

Atwan also has given his support – on Arabic media – to the grotesque charge made by Holocaust-denier Mahmoud Abbas in Berlin, that Israel has perpetrated “50 Holocausts” of innocent Palestinians.

Atwan has praised terrorist murderers (“heroes” and “martyrs”), ranging from the man who shot dead Israelis on Tel Aviv’s major thoroughfare, to the man who tried to kill Salman Rushdie. He found nothing wrong with, and much to enthuse about, Mahmoud Abbas’ infamous claim about the “50 Holocausts” that Israel committed against the Palestinians.

All of that surely should give the grand panjandrums in Bush House pause. Can they really continue to carry on their channel someone who praises terrorist murderers and repeats the most grotesque charges (“50 Holocausts”) ever made against the Jewish state?