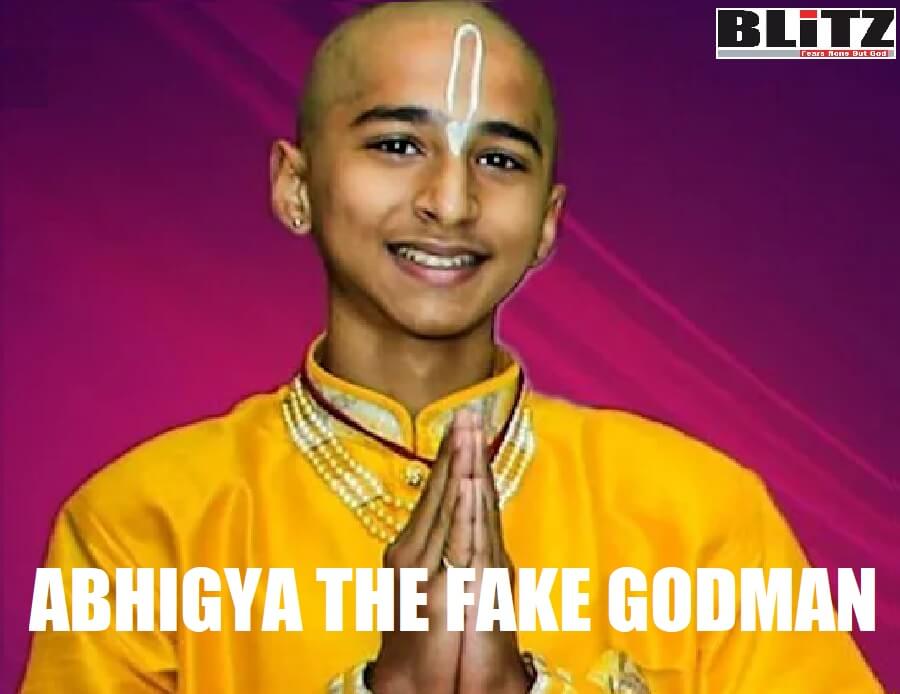 Abhigya Anand is being false portrayed as an “internationally acclaimed astrologer” – a “mysterious child – and a “kid godman” is in fact a victim of his father’s unending greed. When the child was admitted in New Horizon Gurukul School, Sarjapur Outer Ring Road in India, Abhigya’s father, Anand Rama Subramanian (37), a software engineer and mother Annu Subramanian (34) insisted his son to be treated as a “bhagwan” (godman) by the school teachers and students. But a kid Abhigya started telling his classmates how his parents, particularly his father was inspiring him to follow the shoes of Bhagwan Rajnish (Osho), which would bring him a grand fortune with fleet of Mercedes Benz limousine, private jet, luxury yacht and villas throughout Europe and the United States. When a kid Abhigya aspired to grow up just like a normal kid, his parents were dreaming of becoming billionaires by manipulating their son. As the parents came to know about Abhigya revealing “secrets” with his classmates, they quickly brought false allegations of abuse by teachers at New Horizon Gurukul School and withdrew him from the school. Since then, they have been teaching the boy at home, where major segment of his “studies” is spent towards learning astrology, global politics and tactics of godman. Fearing Abhigya Anand may repeat the same once he is sent to another school, his parents had taken this decision.

Seeing a bright prospect of making tons of money by portraying their son as a spiritually-powered kid godman, Abhigya Anand parents had left their jobs and been working full-time in making numerous plots of cheating hundreds and thousands of people through various ways and means. His father, Anand Rama Subramanian (also spelled as Anand Ramasubramanian) is guiding Abhigya on his video appearances, where a prompter machine is set at the back side of video camera, to give the false impression of Abhigya being a knowledgeable kid. His mother Annu Subramanian teaches how to move body during video presentation and even how to behave with people [even relatives] during meetings to leave an impression of being a kid bhagwan.

Abhigya’s father Anand has been spending lavishly in promoting his son as a mysterious boy. He earlier purchased an award named ‘Global Child Prodigy Awards’, although the award itself is scam show.

Abhigya Anand’s parents have succeeded in fooling hundreds of thousands of people by falsely portraying their son as a kid godman and now they seem to have decided to run the show and expand further. With this goal, they have opened a website and a business enterprise named Praajna Group. Mysteriously the website of Abhigya Anand or Praajna Group does not have any contact address or phone number. The only way of reaching this scam racket is via email. Meaning, Abhigya Anand’s parents have hidden the address fearing their fraudulent activities may get exposed once address is provided and if Indian authorities begin investigation into the matter.