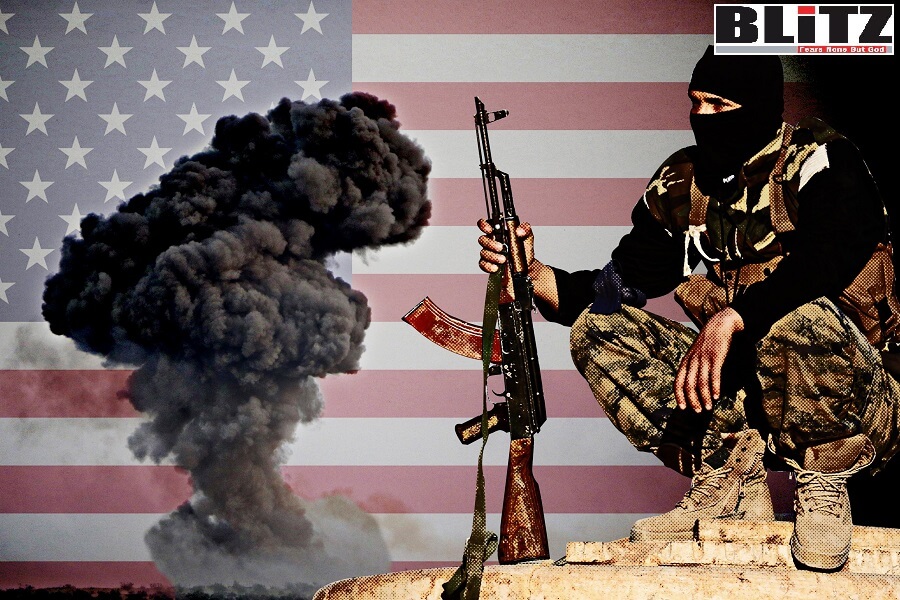 Al-Qaeda in the Arabian Peninsula (AQAP) released a video crowing over the Taliban’s takeover of Afghanistan and promising to inflict damage on the scale of 9/11 in America once again. Writes Robert Spencer

“When people see a strong horse and a weak horse,” Osama bin Laden once famously quipped, “by nature they will like the strong horse.” America during the period in which Old Joe Biden continues to pretend to be president of the United States is decidedly a weak horse, and bin Laden’s old outfit has noticed. Last Wednesday, al-Qaeda in the Arabian Peninsula (AQAP) released a video crowing over the Taliban’s takeover of Afghanistan and promising to inflict damage on the scale of 9/11 in America once again.

The video, according to the Middle East Media Research Institute (MEMRI), featured yet another jihadi who was once held at Guantanamo, Ibrahim Al-Qousi, and was entitled “A Message to the American People: You Have Yet to Understand the Lesson.” Al-Qousi showed that he himself has carefully absorbed the lessons of the recent past. He said that “the greatest loss America suffered, besides its material and human losses, is its reputation and prestige as a superpower and the most powerful country in the world.”

The Taliban, Al-Qousi declared, had won a “magnificent” victory, for they “have understood the essence of this religion and the nature of the conflict … they are men whose hands — by the grace of Allah alone — buried a third empire in the soil of Afghanistan and restored the Islamic Emirate of Afghanistan to rule by the shari’a of Allah, even if America and its allies hate it.”

If there is anything that the State and Defense Departments did not or would not understand, it was the role that religion played in the conflict. Foreign policy experts for years dismissed statements akin to Al-Qousi’s declaration that victory was won in Afghanistan “by the grace of Allah alone” as mere boilerplate, not realizing that for the Taliban, it was the essence of the entire war. That’s why they’re in power today in Kabul, thumping their chests over having defeated the United States.

Al-Qousi sneered at Old Joe’s claim that the U.S. “succeeded and achieved the goals for which the war was launched,” that is, the killing of bin Laden and the assurance that Afghanistan “will not be a base from which jihadi groups threaten the security of America and its allies.” The jihadi asked: “Was it really worth America paying these heavy costs to achieve these two goals? Could America not have achieved these by any other way to avoid such significant losses?”

Of course. A bit less wokeness and a bit more strategic planning by the military might have prevented the entire catastrophe of the withdrawal. And if the ideology of the enemy had been recognized from the beginning, the entire conflict might have been framed in a vastly different way. Al-Qousi slammed Biden for saying that “we have learned the lesson the hard way after 20 years.” The al-Qaeda operative responded: “Certainly, it was a precious lesson by all standards….However, if the lesson to which the U.S. president refers is simply that their entry into Afghanistan…was a strategic mistake that led to their defeat…then this means that they did not learn nor understand the lesson in all its aspects.”

To fully absorb the lesson of Afghanistan, Al-Qousi recommends that Americans “refer to the repeated speeches and messages of Sheikh Osama bin Laden.” He quotes bin Laden ascribing the attacks to “your support for your Israeli allies occupying our land in Palestine. Your position on this, along with some other grievances, is what prompted us to implement the event of September 11.” Yet those who think America can end the jihad by abandoning its Middle East ally are naïve. Al-Qousi doesn’t mention it, but in his 2002 letter to America, bin Laden declared, “The first thing we are calling you to is Islam.” As long as America doesn’t heed that call, the jihad will continue.

Old Joe has aided the jihad by removing the impediment that U.S. borders previously posed: “O Americans, let it be known to you that the mujahideen today are not limited to borders and that they can move from any part of the world to execute what they wish to deter your oppression. Every Muslim on the face of earth is in fact an enterprising mujahid.”

Al-Qousi said that upcoming jihad massacres in the U.S. “will not be a carbon copy of the 9/11 attacks,” but they could be even “more painful.” “The days and nights will not pass until we take revenge like we did on 11th of September, Allah permitting.”