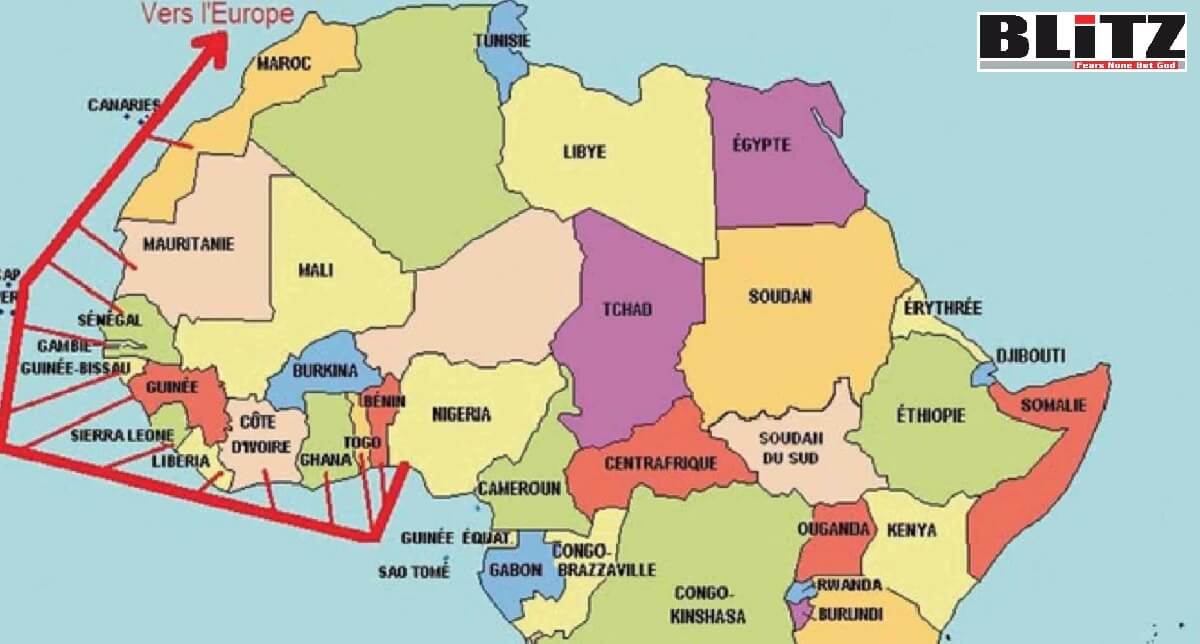 Russian Foreign Minister Sergey Lavrov visited Algeria in May 2022, and Chinese President Xi Jinping, in turn, during his visit to Saudi Arabia, met with Algerian Prime Minister Aymen Benabderrahmane, and both vowed to enhance their bilateral relations. Writes Uriel Araujo

In today’s global energy crisis, Algeria, being the largest natural gas exporter, is trying to make the most. Amid the BRICS expansion, and following other Arab League members Egypt and Saudi Arabia, Algeria applied to join the group in November 2022. The country is a member of OPEC, and the African Continental Free Trade Area, as well as the Arab Trade Zone. It enjoys good relations with India, China, and Russia – thus it is well positioned to grow as an emerging energy power, but faces many regional challenges pertaining to its tensions with Morocco and it’s been the target of Washington pressures to cut ties with Moscow.

Russian Foreign Minister Sergey Lavrov visited Algeria in May 2022, and Chinese President Xi Jinping, in turn, during his visit to Saudi Arabia, met with Algerian Prime Minister Aymen Benabderrahmane, and both vowed to enhance their bilateral relations.

Algiers has indeed maintained very close relations with both Moscow and Beijing: the former held joint military exercises with the North-African country near the Moroccan border in November 2022. Moreover, Moscow provides about 80% of Algeria’s weapons. Algiers in fact is Russia’s third-largest arms importer, after India and China. As for China, it has been Algeria’s main exporter since at least 2013. More recently, in November 2022, Algeria and China signed a second five-year strategic cooperation pact. This is one of the reasons why the two Eurasian powers have welcomed the country’s application to the BRICS group.

Algeria’s windfall profits from its energy exports exceeded $50 billion in 2022, up from $34 billion in 2021 and merely $20 billion in 2020.  The country intends to double gas exports, thus reaching 100 billion cubic meters per year. Moreover, on December 22, Berlin and Algiers signed a memorandum of understanding for constructing the first green hydrogen plant in the North African country. The deal involves German gas company VNG and Algeria’s state-owned oil company Sonatrach. The plant is expected to have a 50 MW production capacity. In addition, Algeria plans to sell its spare electricity capacity to Europe.

As the EU-27 seeks to disconnect energy from Russia, the EU is willing to strengthen its gas trade with Algeria, and this explains much of the diplomatic work going on. A sign of that is the fact that EU Energy Commissioner Kadri Simson visited Algiers in October 2022, while the French Prime Minister Elisabeth Borne met her Algerian counterpart Aimene Benabderrahame there.

Navigating the boom in energy exporting, Algiers also aspires to increase its diplomatic power. As mentioned, tensions with neighboring Morocco are still a problem, however. For instance, the latter was recently forced to cancel its participation in the soccer African Nations Championship (CHAN) because Algeria has closed its airspace to all Moroccan flights – borders in turn have been closed since 1994. In October 2021, I wrote that a large part of the international community at that time did not find this conflict to be a hard-pressing issue but this should change, as the situation escalates, with economic impacts in Europe. The current conflict in Ukraine might end up contributing to placing the Moroccan-Algerian dispute into the spotlight.

French President Emmanuel Macron in an interview with LePointed said he does not believe in the possibility of a war erupting between the two neighbors; however some experts believe that this is a real risk.

According to the World Bank forecast for 2023, due to Algerian inflation, Moroccan economic growth will be much higher than Algeria’s one – while Egypt remains the fastest growing economy in North Africa. In an increasingly geopoliticized world, the two Maghreb countries’ economic and territory dispute might also translate into political consequences abroad.

One should keep in mind that Washington has been working with its European allies to find further non-Russian liquified natural gas (LNG) supplies from Africa and other regions, and the US has asked North African countries to increase gas production to supply Europe, while pressuring traditional Russian partners to distance themselves from Moscow. Once again, one can see how, in today’s world, it is becoming hard and harder  to insulate industries from geopolitical disputes. Algeria has strong links with Russia, and even Morrocos (traditionally a Western ally), seeks to maintain “positive neutrality” with regards to Moscow.

In any case, both Morocco and Algeria compete for European markets and also for diplomatic influence. Algeria aspires to become Europe’s main exporter of green hydrogen, while Morocco so far has taken a lead in this sector.

The hard fact, though, is that the North African region at the moment cannot solve Europe’s energy problems. European plans, as well as their North African partners’ ones, often get entangled in local political conflicts. For instance, the Nigeria-Morocco pipeline is planned to have its drop-off point in the disputed Western Sahara area. Former US President Donald Trump’s own recognition of Morocco’s claim over the region, which is controlled by the Algerian-backed Polisario Front, was  a kind of “quid pro quo” after the Moroccan authorities in Rabat normalized the country’s relations with Israel. This American diplomatic decision however greatly increased tensions in the region, with potential bad outcomes for Europe, as the specter of a war over Western Sahara still haunts both continents.

In any case, to sum it up, it would not be too realistic to expect a very robust energy supply from North African pipelines, and Europe’s economic, industrial and energy crisis remains deadlocked.