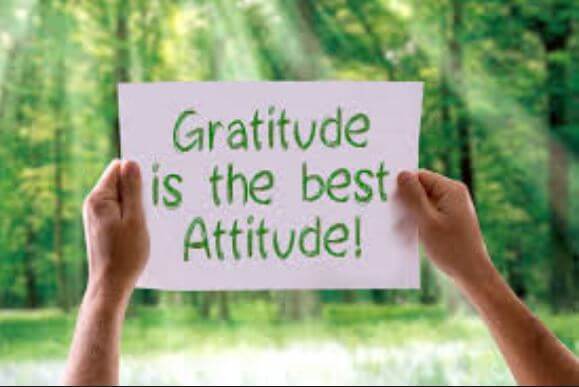 No one possibility considers an ungrateful individual as human being. Gratitude is the essence and pre-requirement of humanity. But unfortunately, in our daily walks of life, we encounter bunch of ungrateful faces, which makes us feel sorry – not for ourselves – but for those people.

Recently we are witnessing with utmost dismay, several Jewish individuals are questioning – if President Donald Trump is pro-Israel or an ally of Israel. We are aware of those wrongheaded Jews – for example, those in the BDS movement or J Street, who are openly working against the interest of the State of Israel. They don’t feel any shame in romancing with notorious individuals like Louis Farrakhan or Linda Sarsour.

On my release, I have resumed publication of Blitz and have been publishing editorials, articles and news item by strictly following our pro-Israel editorial policy. Some people still ask me many questions. Such as – “Why you are doing this?”, “What is your interest”, or “Why a Muslim should defend Israel?”

I feel uninterested in addressing such wrongheaded and cruel questions. Their questions clearly exhibit the level of ungratefulness in them. Do they think – tons of Jewish-Israeli money is flowing into my personal account or the account of Blitz in exchange of our support for Israel? Do they think what we have been doing since 2002 are just “cheap stunts”? To them, serving 9-year’s rigorous imprisonment is just a kind of amusement or luxury. Isn’t that cruel enough?

There are some Jewish individuals and organizations, who even do not feel interested in considering Blitz as a pro-Israel newspaper. To them – Blitz is unimportant and irrelevant. I am not a person of wrong attitude. Otherwise, I would have showed them, how much relevant and important is Blitz.

During my 9-years in prison, none of the Jewish individuals or organizations came forward in my defence. They did not utter a single word, save a statement from the American Jewish Committee following my conviction in 2014. No one ever felt the necessity of at least contacting my family and ask – how they were passing those extremely difficult days. Wasn’t that inhuman?

Jews are unhappy with Donald Trump. They don’t feel the necessity of expressing gratitude to this man – who has emerged as the greatest defender of the Jewish State. Jews feel entertained in criticizing and even mocking Donald Trump. They don’t realize – if Democrats will return to power, United States embassy in Jerusalem will go back to Tel Aviv. They don’t realize – without Trump in the White House, Hamas and Palestinian terrorists will once again become stronger; and this time it may even go into massive confrontation with Israel. Jewish people should remember when Jordan abruptly walked out of a deal partially and reclaimed Israeli land, Jerusalem really could not exhibit the political and diplomatic might by trashing the management of the Temple Mount by an Islamic waqf, which actually was essential.

Without Donald Trump in the White House, Israel will see lots of wolves in the US administration, which would delightedly join the voice of the enemies of Israel such as BDS, J Street etc.

With a heavy heart, I must say – there is something wrong with a section of the Jewish people. They lack the human quality of exhibiting gratitude to someone who well deserves it. Instead, they engage into unnecessarily criticizing, harassing and even discouraging the genuine defenders of Israel.

May I humbly ask – what happens if President Donald Trump suddenly stops defending Israel and confronting radical Islam, similarly like Bill Clinton, Barack Obama and Hillary Clinton? Will it make him a great president in the eyes of those Jews? If the Jewish people do not correct their attitude problem and learn to express gratitude to people who deserve it – they may face severe adversities and isolation in future in a world filled with antisemitic entities and enemies of Israel.