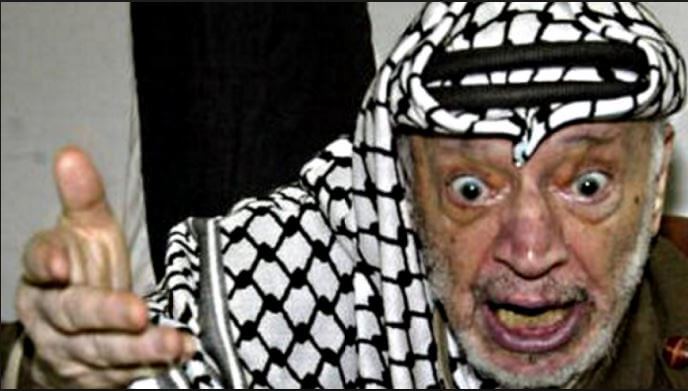 Kobby Barda couldn’t believe what he was seeing. While researching the establishment of the American Israel Public Affairs Committee under the auspices of the Ruderman Program for American Jewish Studies at the University of Haifa, Barda found his way to the personal archive of one Isaiah Leo “Si” Kenen, a Canadian-born lawyer, journalist and philanthropist who was one of the founders of the pro-Israel lobby.

Among the many documents that record in detail Kenen’s work in the first years of Israel’s existence as a state, Barda discovered a lost chapter in the history of the Israeli-Palestinian conflict. At the start of the 1950s, in addition to pouring money into the Marshall Plan to rehabilitate Europe after World War II, the U.S. decided to provide money to Arab states and Israel so they could find a solution to the refugee problem created by the 1948 War of Independence.

The American aid earmarked to solve the issue of Middle East refugees was supposed to have been split evenly between Israel and the Arab states, with each side receiving $50 million to build infrastructure to absorb refugees. The money to take in the Arab refugees was handed over to the U.N. agency founded to address the issue of Palestinian refugees, and the Americans gave Arab countries another $53 million for “technical cooperation.” In effect, the Arab side received double the money given to Israel, even though Israel took in more refugees, including ones from Arab nations – Jews who had been displaced by the regional upheavals. The amount Congress allocated to provide for Middle East refugees – Jewish and Arab – at the request of then-President Harry Truman was equal to $1.5 billion today.

“When I saw the documents, I was in complete shock,” Barda says.

“The U.S. undertook to fund a solution to the refugee problem in the Middle East. A message Harry S. Truman sent Congress explicitly says that this is where the matter ends. It was a commitment the president made in a letter to convince Congress to vote for the aid bill. In other words, an important chapter in the history of the conflict has been lost, simply swept away by history. The people who worked on it aren’t alive anymore, and there’s no one who will put it back on the table. Now, when the Trump Administration is coming up with new ideas to solve the conflict and address the refugee issue, the information takes on new relevance.

“In hindsight, the Americans have already paid to have the Palestinian refugees accommodated, but they are still defined as refugees and still living in refugee camps. Israel, on the other hand, has taken in [Jewish] refugees from Iraq, Yemen, Syria, Libya, Tunisia, Egypt, Morocco, given them citizenship, and ended the matter. In Jordan, where most of the Palestinian refugees wound up and which signed the aid deal with the U.S. – unlike Syria, which refused – there are still Palestinian refugee camps. This is the asymmetry that has been created in the Israeli-Palestinian conflict, and it’s very important to the historical narrative and to any future attempt to reach an agreement,” Barda explains.

The decision to send aid to the Middle East to solve the double refugee problem was the result of an Israeli initiative. The young Jewish state urgently needed foreign aid to confront the many challenges it was facing. One option was to appeal to the U.S., both because of its size and because of the influence of the American Jewish community.

To promote the idea, Israel asked to establish a pro-Israel lobby in Washington. Then-Israeli Ambassador to the U.N. Abba Eban suggested that Kenen – who served as spokesman for the Israeli delegation – to travel to Washington and work with the American authorities. The need for a congressional lobby was born out of the Israeli embassy’s failed efforts to convince the State Department to provide Israel with a grant, despite the support of President Truman. Truman tried to convince his cabinet that American foreign aid laws allowed him to move up to 10% of all foreign aid grants, meaning that the money for the Middle East would be taken out of the Marshall Plan for Europe. But then-Secretary of State Dean Acheson was a vigorous opponent of the idea of the U.S. sending aid to Israel.

Thus it was decided to hand the decision over to Congress, even though there were still obstacles to its passage. Eban wanted Congress to pass an aid law specifically for Israel. Kenen, as head of the new pro-Israel lobby, thought that the best way to secure aid for Israel would be by expanding the Marshall Plan to the Middle East and make it part of the humanitarian framework to address the post-war refugee problem as a whole.

“Abba Eban wanted his law to be included in the refugee aid bill. Kenen and others, including some in Congress, told him, ‘With all due respect, you’re wrong.’ The bills presented to Congress in 1951 included a bill to send Israel aid to take in refugees. It was the first and last time that any mechanism was established for the Jewish refugees,” Barda says.

“To avoid creating the impression that [the U.S.] was trying to provide aid to Israel alone, Kenen said, ‘Let’s attach it to the Marshall Plan, include the Arab countries, and break down the opposition in the State Department.’ The U.S. State Department has objected to the establishment of Israel as well as to giving it any money. In the end, the aid bill passed, because they managed to convince the same government operatives that the lion’s share of the aid was going to Arab states. Israel was only mentioned in passing, in half a sentence. Congressman Abraham Ribicoff Connecticut [who would later become a cabinet secretary under President John F. Kennedy] even argued that it was a terrible mistake to put Israel’s name in the bill. The idea was to soften the State Department objection through simultaneously sending aid to Arab countries, and it became the historic basis of that same deal,” Barda says.

In May 1952, Truman sent a message to Congress explaining the importance of passing a law for international aid and laying out his vision for the Middle East. Truman said that Israel and the Arab countries needed a regional approach to basic problems of economic development, which he called “vital” to easing existing tensions that were mainly the result of a satisfactory solution to the refugee problem.

Truman said that the aid he was proposing for Arab nations would allow them to produce more food and develop their water infrastructures, whereas the aid to Israel would help the young state sustain its economy in a crucial time of national development. Moreover, the president argued, aiding Arab refugees from Israel would serve three purposes: It would help their new home countries; strengthen the countries where they settled; and help Israel and the Arab countries by eliminating the refugee problem, which he said presented a “serious threat” to peace in the region.

Barda sees this as an enormous miss for Israeli foreign policy and public diplomacy.

“This information completely changes the perspective on the matter of [the Palestinians’] right of return. There are two nascent sides, both of whom a rich uncle agreed to pay so they could solve their problems about the refugees once and for all, just like what happened in the population exchanges between Greece and Turkey after World War I, and in the spirit of the action taken to rehome the German refugees in central and eastern Europe, who after World War II were returned to Germany, partly through the Marshall Plan. Both sides received hefty sums of money and were told: take compensation and let’s move on,” Barda says.

“Israel took in refugees from Arab countries and didn’t perpetuate their status by giving them any different status [here]. Arab counties didn’t do that – even though it was clear that the Americans had given them the money so they could feed the refugees, develop agriculture, provide housing and employment for them – in addition to the aid that was transferred directly to the U.N. Relief and Works Agency.

“If today [U.S. President] Donald Trump really wants to make a move toward creating a mechanism of compensation for the refugees, particularly with Jordan, where most of them live, he can take into account that any additional compensation will in effect be superfluous. This story could be a very powerful card to play, asJordan and other countries have already received money to take in refugees,” Barda says.

The documents Barda found in Kenen’s archive show that just before the aid plan was passed, another obstacle popped up. A congressman from South Carolina put together a coalition to block any aid to Israel. After returning from a tour of Jericho, Gaza and Jerusalem, where he witnessed the distress of the Palestinian refugees, he decided that there was no reason to send American aid to Israel. Nevertheless, his gambit failed, and the bill passed in the House of Representatives in a vote of 146:65. The decision to bundle American aid to Israel in with aid to Arab states turned out to be the right one. The aid bill passed in the Senate, as well, and became law.

An exclusive agency for the Palestinians:

Only a few days before the law passed, Deputy Secretary of State George McGhee addressed the Senate and told legislators that the regional economic plan included three parts: direct aid to Arab countries, direct aid to Israel, and helping the U.N. coordinate the matter of refugees from Arab countries.

Barda says that this is exactly the idea Kenen was pushing for in the first place.

“UNRWA was established in 1949, started operating in 1950, and in 1960 declared that its work was done. But then, under pressure from Arab countries, it was decided to extend its mandate. It’s a unique organization because there is a high commission in the U.N. that deals with refugees from all over the world, and a special authority established to handle only the Palestinian issue. On the other hand, no one established any agency for Jewish refugees in Israel.

“The American aid plan rebalances the historical narrative. The U.S. undertook to pay both sides to put an end to the refugee issue. Israel also played a part in the equation. There was drama the entire time it took to get the aid approved, which was the first U.S. foreign aid to Israel. They were always trying to cut down the amount. This story doesn’t exist in history books. In contemporary journalism, it is mentioned offhand. Kenen’s archive opened my eyes and let me see the full picture and understand what happened and why it provides us with a lot of armor,” Barda says.