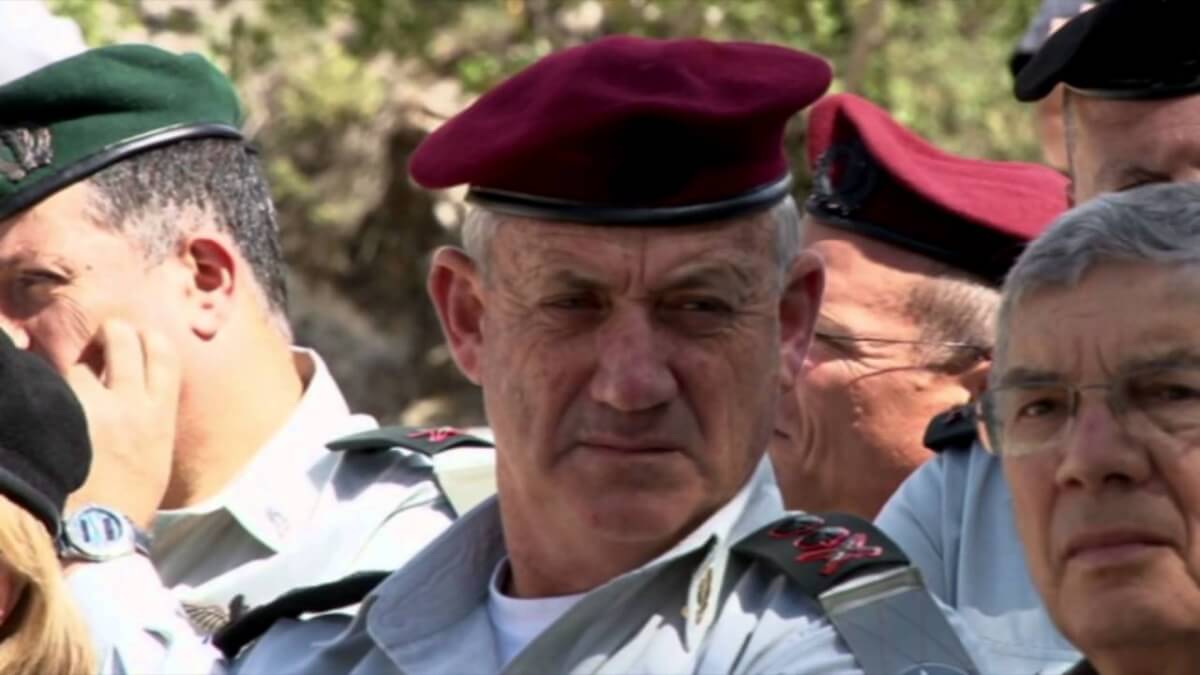 It appears as if another Israeli general is about to enter politics. According to multiple reports, Benny Gantz, who served as chief of staff of the Israel Defense Forces from 2011 to 2015, will soon form his own political party and seek the post of prime minister when Israelis head to the polls. If, as expected Israeli Prime Minister Benjamin Netanyahu calls an early elections—probably to be held in early 2019—Gantz will have his chance sooner rather than later.

Gantz is one of a long line of Israelis who have sought elective office after their military service. And, like some of those who have gone before him, it appears that the Israeli public is eager to see him jump into the political fray. Polls show that a new Gantz-led party tentatively named Achi Yisrael would get up to 14 seats in the next Knesset.

But rather than helping to unseat the incumbent, most observers believe that Gantz’s candidacy would ensure that Likud will lead the next government and give Netanyahu a record fifth term. Though the electoral lineup for the next go-round is still not set, it’s clear that most of Gantz’s votes would come at the expense of Yair Lapid’s centrist Yesh Atid Party, and especially the Zionist Union, the remnant of the once dominant Labor Party.

The explanation lies in the pull of new centrist parties, as well as the lingering appeal of men in uniform.

Just about every Israeli election since 1977 has featured at least one new party that captures the imagination of the voters and leads many to think that a centrist alternative to the old factions of the right and the left can offer the country a new beginning. But most of those who fit into this category have turned out to be the moral equivalent of rock groups that are one-hit wonders. The new parties offer hope, but are almost always tempted to join governing coalitions and get their share of power, leading voters to conclude that they were more of the same, rather than a breath of fresh air. Few survive subsequent electoral tests.

The military is a dominant force in Israeli culture, as well as essential to the security of a nation that has never known complete peace. Universal service requires most non-haredi and non-Arab citizens serve in the Israel Defense Forces. But it also means that the best and the brightest Israel has to offer often wind up in the upper ranks of the army. So it’s hardly surprising that any general who makes any sort of impression on the public will, upon retirement, become the focus of political speculation.

Only three generals have made it to the prime minister’s office: Yitzhak Rabin, Ariel Sharon and Ehud Barak. Rabin and Sharon had their ups and downs, but are remembered as effective leaders. Barak’s brief term as prime minister is a more cautionary tale. He swept Netanyahu out of power in 1999. But he was swept out in an even bigger landslide in 2001 after Palestinian leader Yasser Arafat responded to his peace offer with a bloody terrorist war of attrition that also literally blew up the last hopes that the Oslo process might bring peace rather than more bloodshed. He returned to politics a decade later, but his hopes of another shot at being prime minister remain frustrated.

Most ex-soldiers have foundered in Israeli politics because the qualities that make a good general aren’t necessarily the same as those that make a good politician. Politics is the art of persuasion—a gift that those who have spent their adult lives obeying and giving orders generally don’t always possess. We don’t know yet if Gantz will prove the exception to that rule, which has felled a long list of high-ranking officers that had pristine reputations but were soon exposed as incompetent politicians.

The thing to understand about Gantz and the willingness of a considerable number of Israelis to give him a try is that his impact on the Israeli electoral landscape will be devastating for the country’s left-wing parties.

Labor is already a shadow of its former glory, but Gantz will likely reduce it even further to marginal status. He will be, as Barak was a few years ago, a perfect march for Netanyahu as his defense minister and allow the prime minister to avoid dependence on his current right-wing coalition partners after the next election. That would mean an end to the hopes of the settlement movement for annexation of the West Bank.

The main takeaway from this is that Gantz’s party will put a fork in the legacy of the Israeli left. Both Gantz and Lapid have stands on the peace process that are little different from that of Netanyahu, though neither have a realistic shot at leading the country. All they can do is compete to be Netanyahu’s partner.

The intricacies of the country’s politics are of no great interest to non-Israelis. But what Americans need to understand about this is that the policies many of them seek to impose on the Jewish state have little support among Israelis. Netanyahu, Lapid and Gantz all support a two-state solution in theory, despite the fact that right now, there is no peace partner for such discussions. Left-wing groups like J Street claim that the majority of liberal American Jews back their ideas about forcing Israel out of the territories, in spite of the fact that this would merely empower those, like Hamas, who will continue to work for Israel’s destruction. Yet those who advocate such ideas are completely out of touch with Israeli reality and all that has happened since the Oslo disaster.

Israelis like generals, but most of them have lost all patience with those parties—no matter who leads them—that push for trading more land for peace when they know the transaction will turn out to be land for terror. The next election would be a good time for Americans who think they know better about what’s right for the Jewish state to spend more time listening to Israeli voters than lecturing them.