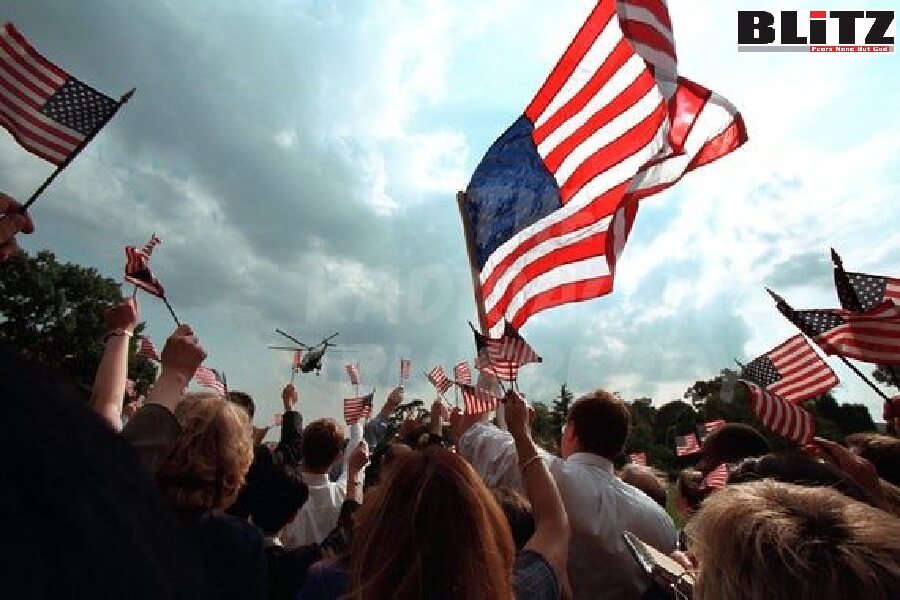 Patriots should be united in demanding answers about the murder of Jan. 6 protester Ashli Babbitt. GOP Rep. Paul Gosar of Arizona is leading the way on that and has called for the feds to “release the tapes” in her case and others. Writes Michelle Malkin

If you listen to Democrats and anti-Trump liberal Republicans like Sen. Mitt Romney and Rep. Liz Cheney, you’d think that nothing was being done about the breach of the U.S. Capitol on Jan. 6. Never mind the FBI’s all-out hunts and raids across 44 states. Never mind the continued detention of an unknown number of pro-Trump supporters. Never mind the more than 2,000 criminal charges brought by federal prosecutors against nearly 500 Americans arrested over the past four months.

Nope. Absolutely nothing is being done, the gaslighters insist, so these partisan opportunists are pushing forward with their witch-hunt commission to uncover the “facts.”

Republicans are right to oppose this charade and the continued weaponization of Jan. 6. It’s not about finding the truth. It’s about foisting the same old false narratives about conservatives on the public. It’s about holding every Republican and Trump supporter accountable for the violent or reckless actions of a few.

Patriots should be united in demanding answers about the murder of Jan. 6 protester Ashli Babbitt. GOP Rep. Paul Gosar of Arizona is leading the way on that and has called for the feds to “release the tapes” in her case and others. American Greatness editor Julie Kelly reports there are some “14,000 hours of footage” being suppressed by Washington, D.C., prosecutors and judges. Republicans should also be united in raising the alarm over abusive treatment of detained Jan. 6 protesters held in solitary confinement, which even Democratic Sens. Elizabeth Warren and Dick Durbin have criticized.

Defense attorney Marty Tankleff, who represents two Jan. 6 detainees being held in the Washington jail and is aiding in the defense of a third, has raised the alarm over the un-American conditions of solitary confinement imposed on MAGA rally-goers. “These are individuals who are only accused of crimes,” he told me, “being held in 23-hour lockdown” and denied basic amenities.

If there is one lawyer in America who understands what it’s like to endure human rights violations in prison, it’s Tankleff. At age 17, the New York lawyer and adjunct professor at Georgetown University was himself wrongfully accused and convicted of the murder of his own parents. He spent nearly 18 years clearing his name and amassing evidence and witnesses that his father’s former business partner had orchestrated a hit on his parents. Tankleff’s conviction was overturned in 2007; he won two multimillion-dollar wrongful conviction civil suits, earned his law degree and was sworn in to practice law in New York in 2020.

“I’ve lived it,” Tankleff told me. He survived abuse by prisoners and guards, withstood administrative segregation, and overcame psychological and physical torture in prison. “I rarely like to bring it up,” he points out, “but I was charged with double murder, and I was out on bail,” while his clients and other Jan. 6 defendants remain locked up in an American gulag. He understands firsthand the frustration of Jan. 6 defendants whose public protestations in the courtroom have been used against them. “When you see some of the outbursts in court, you can understand it. I can feel their frustration. If you can’t see your attorney, you can’t review the materials against you. It’s troubling to me.”

Tankleff is also keenly aware of the inflammatory rhetoric against the accused that deprives them of due process and a fair trial. “To me, it’s clear that we have created an environment where when people describe what happened on Jan. 6, they’ve described it as a riot or an insurrection, and they attach those labels to people who have been accused. We’re in an environment where none of these people have been convicted of a crime. When you start labeling a riot or insurrection to what happened at the Capitol to individuals, you’re already prejudicing the public. You’re already tampering with the jury pool for anyone who wants to have a jury trial.”

But for Tankleff, “the biggest issue is the inability of those who are incarcerated to aid in their own defense. There’s hundreds of hours of video, and there’s no way the Department of Corrections is going to allow either lawyers to sit there for hours after hours or those who are incarcerated and denied bail to get laptop computers (which has been done in cases throughout this country) where you can actually provide all the discovery on laptops. To me, none of the individuals should be denied.”

There is no good reason to keep these defendants locked up pending trial. “There are plenty of safeguards that could be implemented to protect the return to court of many of these individuals,” Tankleff argues. “And if they were granted bail, they would have an opportunity to go to their lawyers’ offices, aid in their own defense, review the discovery and really understand the accusations against them.”

We don’t need a Kabuki commission. We need action: Release the tapes. Free the Jan. 6 defendants. Shut down the American gulag.