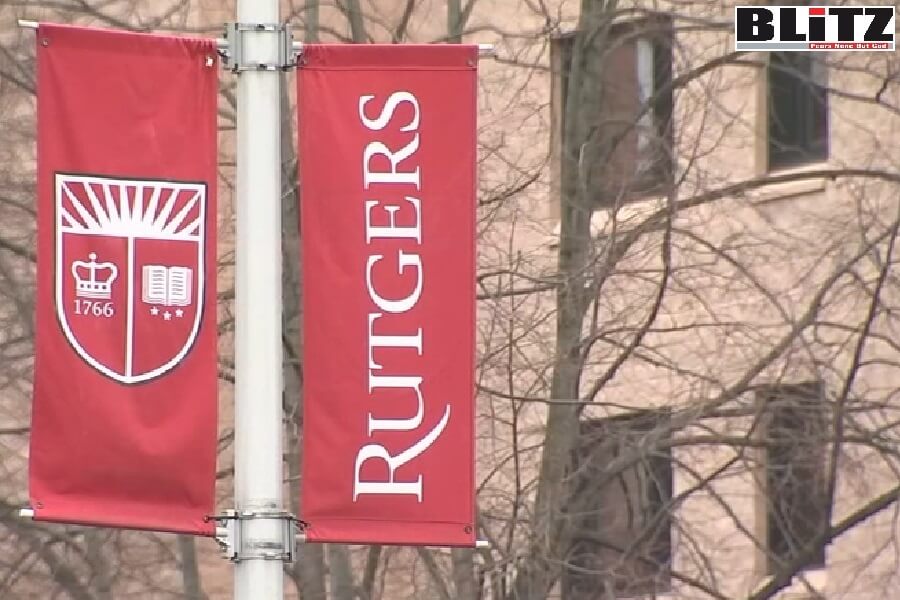 Columbia University professor Rashid Khalidi starred in a May 20 anti-Israel online “teach-in” named after his blatantly biased 2020 book, The Hundred Years’ War on Palestine: A History of Settler Colonialism and Resistance, 1917–2017. Hosted by Rutgers University’s Center for Security, Race and Rights (CSRR), the panelists’ Israel-bashing was so clichéd that it might well have been 100 years old itself.

CSRR director and Rutgers law-school professor Sahar Aziz set the panel’s tone in her introduction with her cohost, Democracy for the Arab World Now (DAWN) director Sarah Leah Whitson. She noted that murdered journalist and Saudi dissident Jamal Khashoggi, an anti-Israel Islamist and Qatari asset, founded DAWN, while Aziz stated that she is a DAWN board member. From its launch last September, DAWN has been an “Islamist support” organization, some of whose officials have “connections to Al-Qaeda and Hamas networks.”

The anti-Israel, pro-Hamas propaganda that followed was therefore predictable. Israel’s image today has a “very clear focus on the apartheid, on the ethnic cleansing, on the land theft, on the war crimes, and over the past 10 days the indiscriminate and deliberate bombardment of the population in Gaza,” said Whitson. From America “billions in annual military aid directly goes to contribute to Israeli war crimes” under a “systematically abusive government,” Whitson added during her panel comments, a theme reiterated by Aziz and Khalidi.

Aziz condemned that Israel needed to “bomb entire buildings that are 13 stories high and include international media among civilians” in order to strike Hamas targets embedded among such human shields. “In any other country or any other context there would be international outcry, and there would be no question whether this was a violation of the law of war,” she added, contrary to standard laws of warfare. She accordingly decried what she falsely deemed the “murder of over 227 Gazans, most of whom are civilians.”

Khalidi grudgingly conceded that Hamas’s massed indiscriminate rocket attacks on Israel “very likely is” a war crime, yet astonishingly concluded that, compared with Hamas, Israel commits “war crimes on a much larger scale.” “Israel is targeting civilians” with “extreme violence,” he said, notwithstanding the extraordinary efforts Israel undertakes to minimize civilian casualties. “Israel has succeeded in painting Palestinian resistance as terror,” he claimed, as if this “resistance” were anything but terror. Khalidi invoked grotesquely skewed casualty figures from Israel’s 2014 “Operation Protective Edge” against Hamas to state that “killing 2,200 civilians in Gaza in 2014 is not terror. Killing a dozen Israeli civilians is terror.”

In stark contrast, the two professors whitewashed Hamas’s lethal actions. “There is a lot of talk about Hamas, and this is in some way a diversionary tactic to just focus on this one group within a very complicated ecosystem of political groups,” said Aziz, as if Hamas’s jihadist ideology were not rampant among Palestinians. Khalidi chided that European countries, Israel and the United States refused “to deal with an elected representative” in Hamas terrorists committed to Israel’s destruction and counterfactually concluded that “Hamas supports a two-state solution.”

Khalidi cast Hamas’s recent outrages as a response to Israeli police combating Muslim rioters on Jerusalem’s Temple Mount. The “assaults on the Al-Aqsa mosque by Israeli security forces” had “triggered off the high-level military attacks from Gaza into Israel,” he said.

Hamas as defender of justice complemented Khalidi’s recurring falsehood that Israel’s mere existence was a crime predicated upon ethnic cleansing of Arabs. “The core of the Palestine problem” is the “expulsion of three-quarters of a million Palestinians from what is now Israel 73 years ago” during Israel’s 1948 War of Independence, he said. Zionism has “necessitated the expulsion or the removal of as much as possible of the population … to create a Jewish majority” in an “ongoing process of colonization.”

Contrastingly, Khalidi scoffed at the empirical fact that Israel is the “only democracy in the Middle East.” “Lebanon is a democracy, dysfunctional, corrupt, but a democracy,” he claimed, as if this state dominated by Iranian-backed Hezbollah jihadists enjoys the rule of law. “Kuwait is a democracy [with] many, many limitations on it,” he added, but human-rights organizations do not rate this sheikhdom’s democratic elements so highly.

Khalidi used Israeli security controls over Palestinians since the 1967 Six-Day War to pillory Israel as undemocratic, even though Israel’s 2005 Gaza pullout and the Palestinian Authority’s establishment have minimized Israeli control. “Israel has ruled for 53 years over a population almost as large as its own population, which has no rights. If that’s a democracy, then the Jim Crow South was a democracy, then the slave-holding South was a democracy,” he said. These situations “are not the same, obviously,” but “to call them democracy is a travesty,” as if a democracy had no right to self-defense against incessantly hostile Palestinians seeking Israel’s destruction.

Both professors uncritically promoted ahistorical intersectional linkages between Israel and the radical Black Lives Matter movement. Through such a social-justice lens, “suddenly things in Israel and Palestine start to make more sense, as opposed to” a “very Pollyannaish, idealistic view that is based in large part on state propaganda by people who are in power,” said Aziz. Therefore, some terms “are becoming more acceptable and mainstreamed” such as “settler-colonialism” and “systematic racism.”

The duo’s apologetics for pro-Palestinian advocates were equally unconvincing. Aziz bemoaned “really aggressive, bad faith, malicious, anti-democratic and highly Islamophobic, highly anti-Arab racist attacks.” She laughably asserted that Temple University professor and media commentator Marc Lamont Hill in 2018 had “four words that were taken completely out of context” when he advocated freeing “Palestine” from the Jordan “River to the sea” of the Mediterranean. This common code for Israel’s destruction cost Hill a position at CNN.

In discussing what has been a jihad against Israel’s existence since Zionism’s early days, Khalidi ludicrously claimed that the Arab conflict with Israel “is not about Jews and Muslims.” Despite overwhelming, recurring evidence that anti-Zionism is anti-Semitic, he conceded only that “there is religious bigotry, there is some anti-Semitism” among pro-Palestinian advocates.

Like Loading...
Recommended for you:
Continue Reading
Advertisement
You may also like...
Related Topics:Democracy for the Arab World Now, Gaza, Race and Rights, Rutgers University’s Center for Security