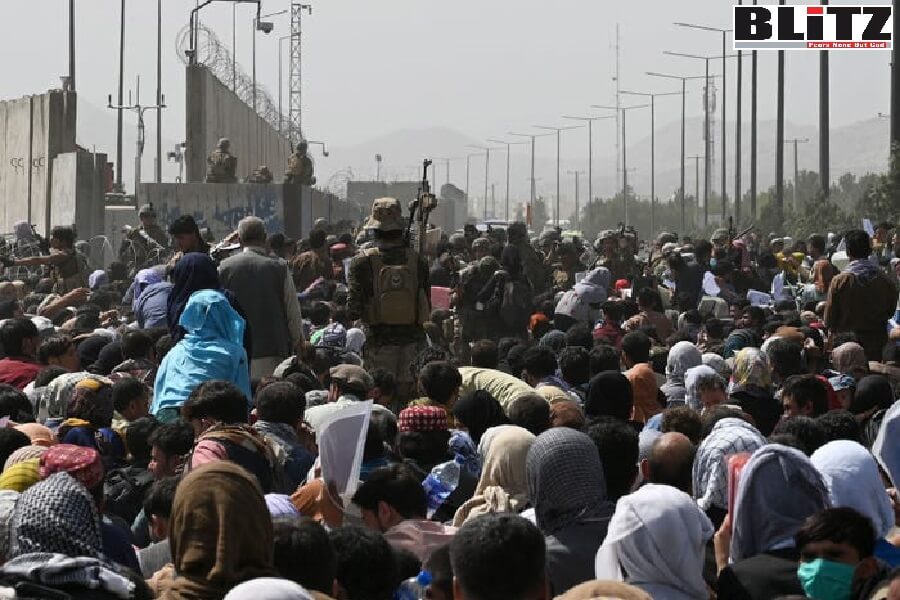 While Biden-Harris administration congratulated itself on “America’s withdrawal from Afghanistan”, a large number of American citizen as well as green-card holders are trapped into the death holes of the Taliban and other jihadist outfits such as Al Qaeda and ISIS-K. Meanwhile, according to media reports, Taliban thugs are obstructing rescue of American citizen, green-card holders and Afghan allies of the US and barring international airlines from leaving airports.

Media reports claim, Taliban fighters are hunting Americans and their Afghan ally door-to-door. A 25-year-old pregnant American citizen told VOA News, Americans, green-card holders and Afghan ally of the US are living in terrible horror. She said “Apparently they’re [Taliban] going door to door … trying to see, you know, if anybody has a blue passport”.

The woman identified as Nasra said she and her husband, an Afghan national, joined the crowd at the Kabul airport while evacuations were being conducted.

She said it was a non-stop horror.

“It was so hard to just get on a flight. There [were] a couple days where we had to sleep on streets”, she said. “People were literally stepping over people. That’s how bad it was”.

“I’ve never in my life experienced anything like this. It was like a movie scene. … Literally a movie scene”.

Nasria said the State Department assured her she would get picked up after her initial flight home was canceled.

But after waiting at the airport for over 12 hours with no food or water, she was turned back by the Taliban.

“Our troops were literally at the gate just waiting for us to continue walking, and they had blocked us”.

She tried walking past the Taliban soldiers, but they “started shooting right by my leg and told me to come back or they will shoot me”, she said.

Despite assurances that the US will find a way to rescue her, Nasria remains skeptical.

“I don’t even think I’m gonna be able to go home. … If I was only 15 steps away from the airport and I was told people are gonna come out of the airport to get me — so what hope am I supposed to have now?”

Republican Rep. Darrell Issa of California said the pregnant American has been kicked in the stomach by Taliban fighters.

“Anyone who says there aren’t people stranded is wrong”, Issa said last week, according to Fox News.

According to a number of sources, Taliban leaders may now use American citizen, green-card holders and those allies of the US in Afghanistan as pawn for forcing Western nations in recognizing the Taliban regime. There even are fears of hundreds of girls and women – those family members of the Afghan allies of the US ending up as sex slaves or even fall victims of international prostitution and human-organ trafficking rackets.