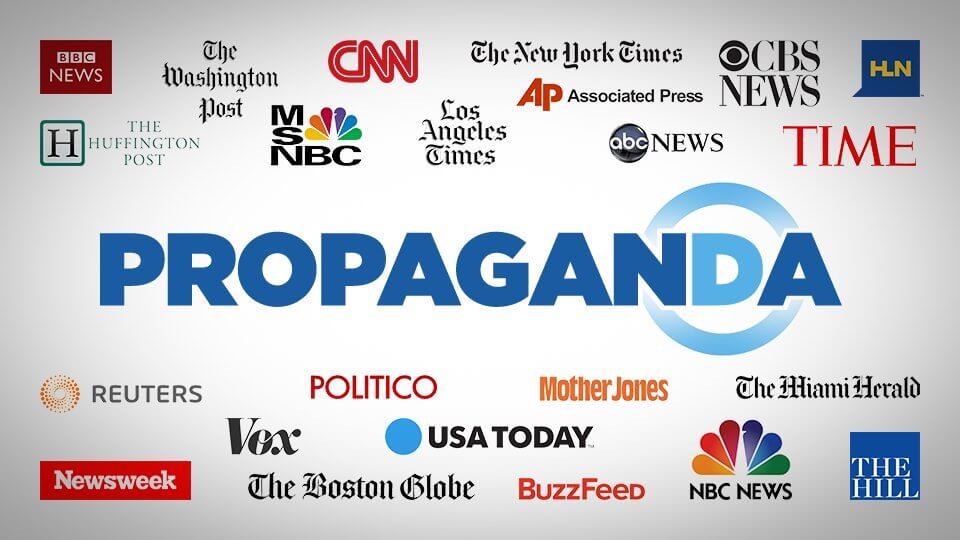 These days with events like the Brett Kavanaugh confirmation hearings dominating the political landscape, I find myself mourning the decay of a US institution which could always be counted upon for enlightenment and even solace during such politically turbulent times. I refer, of course, to the media.

Once upon a time, reporters had to hold in check political and personal biases — both their own and those of their editor and publisher. That meant including quotes and arguments from both sides in a controversial story and leaving the conclusion to the hypothetical reader. This was considered a basic professional standard.

Some journalists took this creed so seriously that they even refrained from voting. One of them was Len Downy, former editor of the Washington Post, who explained why in a 1998 online chat with his newspaper:

“We work hard here to not be biased and not appear to be biased. All our reporters and editors, for example, are prohibited from engaging in any political or interest group activity except voting. And I even refuse to vote so that I never make up my mind which party, candidate or ideology should be in power.”

Of course, not voting doesn’t guarantee a reporter’s impartiality. Nor am I suggesting that non-voting – forfeiting a basic democratic right — be a job requirement for a journalist. But at least there was the attempt to limit opinion to the editorial page where it belongs. Note Downy’s words: “not to appear to be biased.”

Although some newspapers have always been political — usually more liberal than conservative — this principle of Journalism 101 prevailed for the most part. Not entirely, as supporters of Israel can attest, but at least better than today. Much better.

Indeed, despite my own then open liberal background, I was hired in 1991 as a feature reporter at the Washington Times, an avowedly conservative newspaper. I never felt my editors, most of whom were politically conservative, censored me.

These days the distinction between the news and editorial division in media has faded almost entirely. The media has become completely partisan. To just get the basic facts of a big story like the Kavanaugh nomination I’ve been reading multiple sources and figuring the truth is somehow in the middle, the loneliest place of all to be these days in America.

This media bias is both reflecting and fueling the political and cultural divide in America. If you doubt that, consider how the perception of fake news, another word for biased media, helped assure the candidacy of Donald Trump. It may well fuel his re-election.

We need to be honest about it. Despite the anomaly of Fox News and the Wall Street Journal, the bulk of the media is liberal, especially the so-called newspapers of record which Wikipedia describes as “a major newspaper that has a large circulation and whose editorial and news-gathering functions are considered professional and typically authoritative.”

The Kavanaugh coverage in two newspapers of record — The Washington Post, and The New York Times – was strikingly one-sided in its condemnation of Kavanaugh. And I don’t think it’s going out on a limb to say most of the media coverage, in general, was anti-Kavanaugh.

But even if it wasn’t, even if there was plenty of pro-Kavanaugh coverage out there such as dominated Fox News, I don’t find any comfort in any of this tit for tat coverage. And I don’t think liberals should be either since we don’t learn anything when we just hear from one side.

I’m nostalgic for those days when reporters upheld real professional integrity, the kind I saw personally 27 years ago. It was, ironically during the Supreme Court confirmation hearing of Clarence Thomas when he was charged with sexual harassment.

One of my Washington Times colleagues, Dawn Weyrich Ceol wrote a piece about the hearings which was changed by the editors to emphasize speculation that Anita Faye Hill, Thomas’ accuser, was a “fantasizer.” The rewriting by the editors, which contrasted with my own experience there, was inexcusable. What was even more remarkable was what happened next. Ceol, the daughter of a prominent conservative activist and no liberal herself, resigned in protest. She’s the kind of reporter that’s clearly missed today.