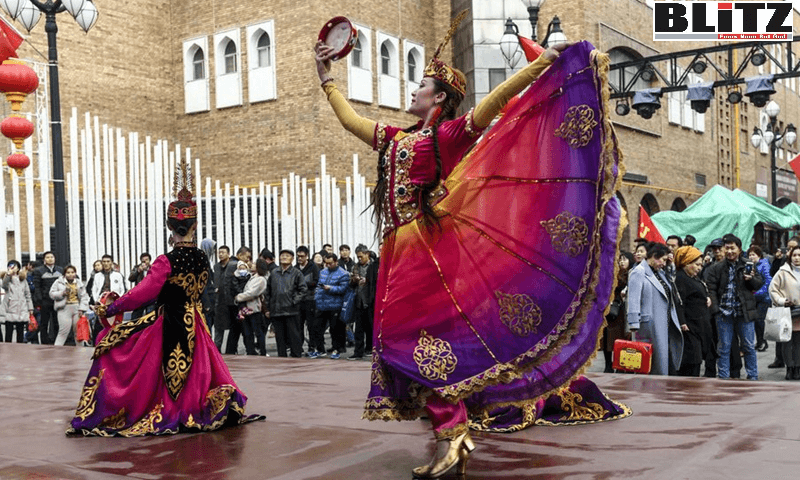 Recently, some malicious Western forces have repeatedly attacked China over its way of governance in Northwest China’s Xinjiang Uygur Autonomous Region. They have even deceived United Nations High Commissioner for Human Rights Michelle Bachelet. I have to ask them some common sense questions – Writes Hu Xijin

First, Xinjiang suffered from frequent terrorist attacks and the situation in the region was almost out of control a few years ago. The severest attack resulted in hundreds of victims, or even more. As a result, both social order and economic development in Xinjiang were heavily affected and stagnated. Shouldn’t a responsible and caring government make efforts to address such a situation with fundamental measures?

Second, with the government having taken effective measures, terrorist attacks disappeared, and the region avoided ending up in a tragedy like that in Chechnya. At least thousands of lives have been saved in recent years as there have been no new civilian deaths due to terrorist attacks during the same period. Life has returned to normalcy for the local residents. This has allowed the fighting against COVID-19 to be carried out with ease in the region. Isn’t this good for Xinjiang and its residents? Or do some forces believe it is better for local people to be victims of terrorism and suffer severely from the epidemic?

Third, China is a socialist country based on people-centered principles. This has been fully proven during the battle against the COVID-19 epidemic. Is it China or Western countries such as the US and the UK that care more about China’s ethnic minority people? The West is acting selfishly at a time when the COVID-19 vaccine allocation is crucial to the whole world. Have those developed countries ever cared about foreign countries’ humanitarian urgent needs? Selfish as they are, how could they attach importance to an ethnic minority group in China, which they claim to be the target of a so-called genocide, and even try to save it? According to their narrative, China has been brutal to its own people but the Western countries are benevolent. How was such illogic rhetoric created?

Fourth, every country has its own ways which form an independent system of how it governs its citizens. The Western forces have picked one of these ways and measure it with their own logic and values. Is this reasonable? Many people in China think the US’ ineptitude toward repeated shocking shootings is a serious problem. Government officials and Congress leaders should be held accountable for conniving with such murderers, and the whole world should jointly sanction the US due to its misconducts. However, can China lash out at the US concerning its shooting problem? If China cannot, how can the US and the UK aggressively interfere in China’s specific governance method in Xinjiang?

It is understandable that different civilizations will have conflicts when they interact. But the attempts to coerce others into obedience shouldn’t be encouraged in contemporary international relations. If China becomes strong enough in the future, can China demand Western countries to live by China’s values?

Fifth, how come the vast majority of Islamic countries understand China’s actions in Xinjiang? Why the US-led Western countries react fiercely? Is it logical to accuse China of prosecuting Muslims?

Last but not the least, Xinjiang is improving in all measures. It has changed from a place where terrorism was rampant to a land where people of all ethnic groups can enjoy their life with peace and stability. Those Western political and media elites are jealous that China has managed to bring order in Xinjiang at such a small cost, so they have been misleading the general public in the West. But China won’t surrender or budge, as peace, stability and prosperity are core interests of Chinese people. We will firmly fight back against whoever provokes us on this issue.