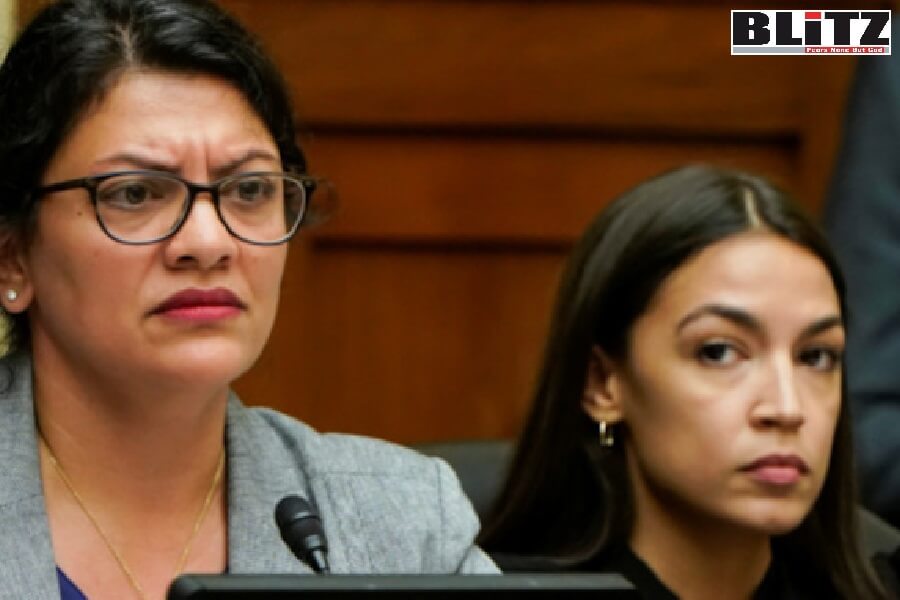 Tlaib and Ocasio-Cortez will continue to repeat their claims about “occupied territory” and an “illegal settlement enterprise” and “violations of international law” no matter how often they are corrected. Writes Hugh Fitzgerald

Tlaib, Ocasio-Cortez, and five other Usual Suspects they had no trouble rounding up – including André Carson, Cori Bush, and Betty McCollum – have called on the Treasury to stop granting tax exemptions to American charitable organizations active in the West Bank and eastern Jerusalem. It’s one more sign of the anti-Israel miching mallecho abroad in the land. The report on their collective letter to the Treasury Secretary, Janet Yellen, is here: “Tlaib, AOC Join Call for Treasury to Strip Tax-Exempt Status From US Charities ‘Supporting’ Israeli Settlements,” by Sharon Wrobel, Algemeiner, July 29, 2021:

In a July 22 letter sent to Treasury Secretary Janet Yellen, the group expressed their “extreme concern that US charities are funding and providing direct support to Israeli organizations that are working to expand and perpetuate Israel’s illegal settlement enterprise in violation of international law, including supporting the dispossession and forced displacement of Palestinians from occupied East Jerusalem neighborhoods.”

Let’s stop right there. Israel’s “illegal settlement enterprise”? Repeat that phrase as often as you want, Alexandria Ocasio-Cortez and Rashida Tlaib. “Illegal settlements.” Again. “Illegal settlements.” But no matter how many times you or others of that anti-Israel ilk repeat that phrase, it does not become any truer by dint of repetition. The settlements that Israel has built in the West Bank, are not only perfectly legal but, as a matter of international law – the League of Nations’ Mandates system long ago was recognized as part of that law — were positively to be encouraged, as was Jewish settlement throughout the Land of Israel. The administrator of the Mandate for Palestine, Great Britain, was instructed to “facilitate Jewish immigration under suitable conditions and shall encourage, in co-operation with the Jewish agency referred to in Article 4, close settlement by Jews on the land, including State lands and waste lands not required for public purposes.” (Article 6)

What land is that? The land that the League of Nations assigned to the Mandate for Palestine, on which the Jewish people would be able to reconstitute their ancient commonwealth. On the Mandate maps, this land is shown as extending from the Golan in the north to the Red Sea in the south, and from the Jordan River in the east to the Mediterranean in the west. Israel has as much right to build the settlements of Ma’ale Adumim, or Gush Etzion, or Kiryat Arba, in the West Bank, as it did to build the cities of Tel Aviv, Rishon LeZion, and Herzliya in Israel inside the 1967 lines. I doubt if Tlaib and Ocasio-Cortez have ever read, much less understood, the Mandate for Palestine, and if they did, they would no doubt conveniently forget all about it. They prefer their own narrative: the 1949 armistice lines, they claim, were always meant to be the permanent borders of Israel, even though those lines did nothing more than reflect where the Jewish and Arab armies stood when the armistice was announced. As Lord Caradon, the author of U.N. Resolution 242 said,, “those were terrible lines.” In the 1948 war, Jordan managed to seize and hold onto the territory it renamed the “West Bank.” In the Six-Day War Israel managed to take by force of arms both the West Bank and East Jerusalem, including the Old City – and at last could enforce the claim it had under the Palestine Mandate that it had never relinquished. The Six-Day War did not create a new claim of right for Israel; it gave the Jewish state the ability to enforce its pre-existing claim.

“We are concerned that these policies violate US obligations under international law, as well as federal tax law,” the letter read.

What obligations under international law does the U.S. violate by allowing tax-exempt status to charities working in the West Bank and East Jerusalem? Tlaib and Ocasio-Cortez don’t tell us. Is the American government obliged to enforce their skewed interpretation of international law?

The group alleged that the groups’ tax-exempt non-profit status amounts to an effective “subsidy” from the US government to fund “serious breaches of international law and violations of internationally recognized human rights related to the expansion of the illegal Israeli settlement enterprise.”

“The letter specifically listed the Central Fund of Israel (CFI) as among those groups it charged with “fueling the dispossession and displacement of Palestinians,” as well as American Friends of Beit El.

The “dispossession” of which Ocasio-Cortez and Tlaib write in their letter does not exist. Israeli settlements have been built either on state or waste land, or on land that Jewish organizations and individuals have bought from Palestinian Arabs. No Arabs have been dispossessed of land to which they hold clear title.

And we can only sweep back the tide of their falsehood by referring to the provisions of the Mandate for Palestine, which support the “settlement enterprise” that they claim is illegal. They will keep lying, and others, including you and me, will keep insisting on the truth. There is no end to this.