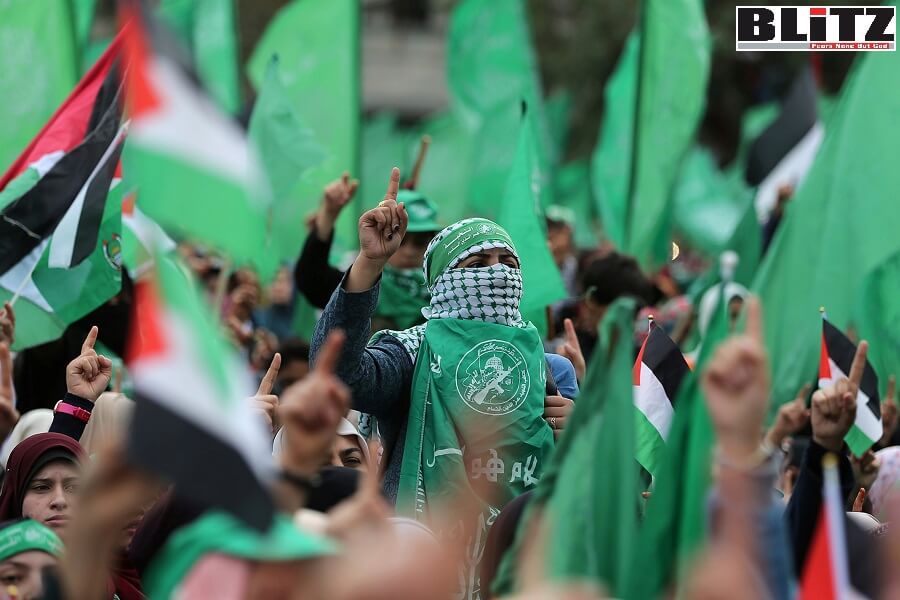 Arab states understand this, and they are determined not to let Hamas drag them back into the never-ending cycle of bloodshed that forces them to drop their troubles at home and ends their efforts to contend with the Iranian threat. Gone are the days when the Palestinians’ relentless extremism set the tone, and the Arab world was willing to pray the price. Writes Hugh Fitzgerald

Israeli Professsor Eyal Zisser, having noted the lukewarm, and in some cases nonexistent, support for Hamas among its fellow Arabs, discusses this phenomenon here: “Even the Arab world is tired of Hamas,” Israel Hayom, May 21, 2021:

The Palestinians, and Hamas in particular, lost the Arab world’s support a long time ago. They certainly didn’t have it when they initiated this most recent round of violence and wreaked havoc and destruction on the residents of the Gaza Strip territory under their control.

The Arab states have shown their disaffection with the Palestinians in a variety of ways. Save for Qatar, they have either greatly diminished or ended altogether their previously generous funding of the Palestinians, both those in the West Bank who are ruled by the PA, and those in Gaza, who are ruled by Hamas. They were tired of the Palestinian refusal to make a deal with Israel, with both Yassir Arafat and Mahmoud Abbas walking away from extraordinarily generous offers made to them by Ehud Barak and Ehud Olmert, respectively. These offers would have given the Palestinians an independent state that would have included all of Gaza and at least 95% of the West Bank, and also would have Israel giving up sole control of the Old City of Jerusalem, but for the Palestinian leaders, nothing short of possessing the entire West Bank and the Old City would do. Crown Prince Muhammad bin Salman was speaking for many Arabs when, exasperated by the Palestinians, he told Mahmoud Abbas in 2018 to “take whatever deal” the Americans would offer.

The Arab world has come to understand what the wider world, and maybe even Israel, finds it difficult to internalize: Hamas has not and will never be interested in negotiations, agreements, or even long-term ceasefire accords. It certainly isn’t interested in seeing a thriving Gaza that lives alongside Israel in peace….

Hamas remains true its Charter of 1988: its goal is nothing less than the complete destruction of Israel. It will, at the very most, when its back is against the wall because of punishing IDF attacks, agree to a temporary hudna, or truce, which It then breaks by a series of terrorist acts, that in turn force the IDF to respond. The “truce” after the First Gaza War of 2008-2009 (Operation Cast Lead) was followed by the Second Gaza War of 2014 (Operation Protective Edge), which in turn was followed by the current conflict, the Third Gaza War of 2021 (Operation Guardian of the Walls). And now that a ceasefire has been called, it should last a few years while Hamas tries to rebuild its strength, and then the attacks from Gaza will begin again, intermittently at first, then more regularly, until the IDF will find itself having to “mow the lawn” yet again.

Hamas thrives when there is no calm, not in Gaza or the West Bank or Israel. It wants the Palestinians in a constant state of rage against the Jews, leaving the Zionists no peace. Hamas sees itself locked in a long conflict with the Jewish state. It is enough that in this round it has managed to withstand an enormous assault from Israel, to keep firing hundreds of rockets into Israel even after eleven days of pounding by the IAF. It has been subject to a terrific degradation of its military might, but was still able to fire barrages of rockets into Israel right up to fifteen minutes before the ceasefire began at 2 a.m. Friday, May 21. That is what Hamas will tell its own people constitutes a victory.

Furthermore, this latest war has put Hamas front and center as the head of the “Palestinian resistance” to the Jewish state. The PA has been nowhere to be seen. Mahmoud Abbas has become irrelevant. His Fatah faction has not fielded a single soldier, or fired a single mortar, or launched a single rocket, at the Israelis, during this latest y conflict. Hamas is now seen as the defender not just of the Palestinians in Gaza, but also of those in the West Bank and in Jerusalem itself, where Israeli police had recently enraged the Palestinians by entering the Al-Aqsa Mosque to chase down some rock throwers.

Arab states understand this, and they are determined not to let Hamas drag them back into the never-ending cycle of bloodshed that forces them to drop their troubles at home and ends their efforts to contend with the Iranian threat. Gone are the days when the Palestinians’ relentless extremism set the tone, and the Arab world was willing to pray the price.

The Arabs are tired of having to spend money, sacrifice men, use up weaponry in the “cause of Palestine,” as they have done over the past 73 years. They feel they have done quite enough. They have serious problems to deal with at home. These include the threat posed by the Muslim Brotherhood to the Egyptian government and to the monarchies of the Gulf; Hamas is merely the Palestinian affiliate of the Brotherhood. And looming as a far greater threat to the Sunni Arab states than the Brotherhood is Iran. Iran’s network of proxies and allies — the Houthis in Yemen, the Shia Kata’ib Hezbollah militia in Iraq, Hezbollah in Lebanon — all help the Islamic Republic to extend its power throughout the Middle East. Israel, meanwhile, shares intelligence about Iran with the U.A.E. and Saudi Arabia, and is rightly regarded by those Arab states as their most valuable ally — against Iran. The Gulf Arabs are grateful for the many acts of Mossad derring-do that have repeatedly set back Iran’s nuclear program. Hamas, on the other hand, receives military and financial aid from Iran, and in turn supports the Islamic Republic.

The Arab world condemns Israel and identifies with the suffering of the civilian population that is paying the price for Hamas’ aggression. Yet the Arabs are careful not to stand behind Hamas and back it up. Even the Palestinian Authority and many of the residents of Judea and Samaria are acting in this way, to maintain peace and stability and avoid being drowned by Hamas in the Gazan swamp….

Though the Arabs collectively condemn Israel, in Arab League boilerplate, it’s important to note that none of the four Arab states – the U.A.E., Bahrain, Morocco, Sudan – that have normalized relations with Israel, has decided to rethink their adherence to the Abrahamic Accords. Egypt and Jordan have continued to uphold their peace treaties with Israel. In fact, Egypt has been acting as a neutral mediator between Israel and Hamas, an astonishing role for the most important Arab state, that in the past fought three wars against the Zionists.

In Syria, the Assad regime views Hamas – correctly – as its enemy, for Hamas has never wavered in its support for the Syrian opposition during the 11 years that the Syrian civil war has been fought. Hence the silent satisfaction in Damascus at the pummeling Israel has given the terror group in Gaza.

In Lebanon, Hezbollah has also been silent on the Gaza conflict right up to the ceasefire.. There are two reasons for this silence from the usually loquacious Hassan Nasrallah. First, having been so thoroughly mauled by Israel in the 2006 Lebanon War, Hezbollah has no desire to go to war again with the IDF which, in the eleven days of Operation Guardian of the Walls, has so impressively destroyed so much of Hamas’ weaponry, its offices, its vast underground network of tunnels. Second, Iran doesn’t want a Hezbollah-Israel war just now, which would also be seen as an Iran-Israel war, and might interfere with the negotiations in Vienna on which Iran has placed such high hopes.

At the end of the day, this round of fighting will come to an end. Israel will continue to develop its diplomacy, its economy, and its defensive capabilities, while Hamas’ 2 million subjects in Gaza will continue to wallow in the Gazan swamp, with no hope for a better future. After all, every round of violence takes the Palestinians and their interests backward, while Israel continues to move forward.

Israel has already seen some unexpected diplomatic victories during this short conflict. The Organization of American States, an international coalition of 35 countries in North and South America, has designated Hamas a terrorist organization amid Israel’s worst bout of fighting with the group in years: “The recent attacks launched by Hamas against the Israeli civilian population undoubtedly constitute attacks of a terrorist nature,” Luis Almagro of Uruguay, the OAS secretary general, wrote Monday [May 17] in a statement. “Hamas’s terrorist aggression is unlimited and always seeks civilian victims, seeks to escalate conflict dynamics and armed actions, as well as sowing terror among innocent populations, be they Israeli or Palestinian.” This is a great diplomatic achievement for Israel that has hardly been mentioned in the mainstream media.

During the conflict, both Austria and Slovenia flew the Israeli flag to show solidarity with the Jewish state. So did the Mayor of Nice, France’s third-largest city. The foreign ministers of the Czech Republic, Slovakia, and Germany flew to Israel on May 20 to express their countries’ “sympathy and support” for the Jewish state. More national representatives were expected to arrive in Israel as a show of support during the ongoing conflict; however, now that a ceasefire has been declared, such visits may be deemed supererogatory.

As Prof. Zisser notes, Israel will continue to develop its economy, which is heavily geared to high tech; Israel remains a world leader in many fields in which technological innovation is essential. The rocket barrages from Hamas did almost no serious damage to Israel’s infrastructure. But in Gaza, the story is different. Israeli bombardments of Hamas outposts, weapons warehouses, rocket launchers intelligence and R&D offices, and of the terror group’s extensive network of underground tunnels, have set the Gazan economy back many years. How many billions of dollars will it take for Hamas to rebuild that infrastructure, and what countries – save possibly for Qatar – will now be willing to bankroll Hamas, now that so many countries and international bodies, including both the E.U. and the O.A.S., have designated it as “a terror group”? The Israeli blockade of Gaza will now be tightened to ensure that fewer building materials, including concrete, reach Hamas. For during the recent fighting, Israel discovered that enormous amounts of concrete had been used by Hamas not to build civilian housing, as it had claimed, but, rather, to construct hundreds of miles of underground tunnels. The future of Gaza? As long as Hamas remains in control, Gaza has no future.