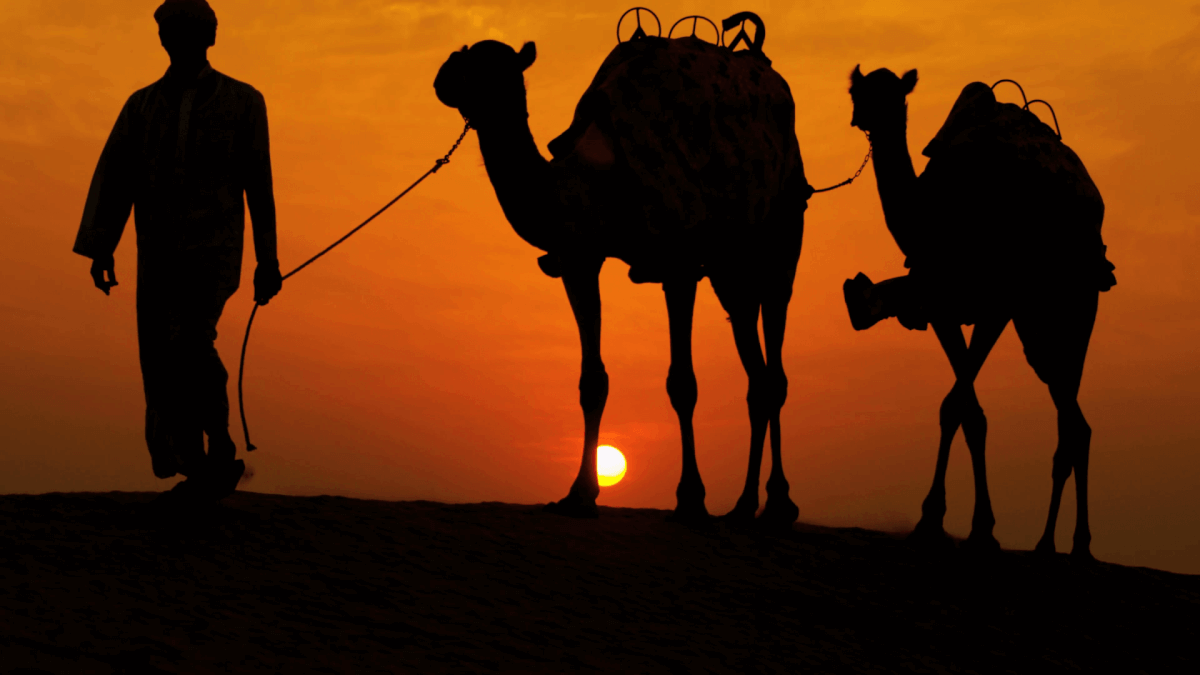 Each of the Arab nations, particularly after sun-set, surely exposes a much unknown face in extreme discretion, which is simply filled with limitless luster and competition of wealth in abusing females in numerous ways. Like all other Arab nations, prostitution is strictly forbidden in Bahrain as well. But, according to numerous reports and write ups, Bahrain and in particular the city of Manama has already attained the bad name of “Brother of the Gulf”. During each summer, Bahraini cities are ‘invaded’ by sex-monger Arabs from the Gulf States. Bahrain though has already banned one and two star hotels from selling alcohol to curb prostitution, there are fears that tourism – mostly by the four million Saudis who cross the causeway each year and which accounts for a tenth of Bahrain’s economy – would suffer sharply if the country takes prohibition further. Most of the large hotels in Bahrain are owned by members of the ruling families or elites of the country, where police or law enforcing agencies would never dare to go for any raid to unearth the prostitution in most of the hotels and resorts in Bahrain. Its capital – Manama is known as the 8th ‘Sin City’ in the world. In Bahrain, the Saudis can get hammered, go clubbing, mingle with the opposite sex, and if they’re really daring, they can pick up prostitutes – a practice that’s officially illegal but widely available. While Manama is still largely a Muslim city, a third of its residents are foreigners, so it has led to a much more liberal culture that gave women their voting right in 2001, and let them drive cars. For many Saudi males this proximity to an open culture is irresistible and many jam the causeway and fill flights to the city every weekend. What is most important is, Bahraini people in general are much sober and hospitable in comparing to many of the Gulf neighbors. Moreover, Manama, the capital of the small island kingdom of Bahrain, is a veritable garden spot in the Persian Gulf with lots of shopping and drinking. This combined with a very westernized attitude for an Arab nation.

With its highly developed communication and transport facilities, Bahrain is home to numerous multinational firms with business in the Gulf. Petroleum production and refining account for over 60 percent of Bahrain’s export receipts, over 70 percent of government revenues, and 11 percent of GDP [exclusive of allied industries], underpinning Bahrain’s strong economic growth in recent years. Aluminum is Bahrain’s second major export after oil. Unemployment, especially among the young, and the depletion of oil and underground water resources are long-term economic problems. Bahrain is a destination country for men and women trafficked for the purposes of forced labor and commercial sexual exploitation. Men and women from India, Pakistan, Nepal, Sri Lanka, Bangladesh, Indonesia, Thailand, the Philippines, Ethiopia, and Eritrea migrate voluntarily to Bahrain to work as formal sector laborers or domestic workers. Some, however, face conditions of involuntary servitude after arriving in Bahrain, such as unlawful withholding of passports, restrictions on movement, non-payment of wages, threats, and physical or sexual abuse. In addition, women from Thailand, the Philippines, China, Vietnam, Russia, Ukraine, Morocco, Jordan, Syria, and Lebanon are trafficked to Bahrain for the purpose of commercial sexual exploitation.

Sujata, a resident of Mumbai was working in a florist shop since her childhood, while the shop owner lady was treating her like a daughter. During evening hours, Sujata was attending school. In 2009, when Sujata was 14 years old, one day a Bahraini man [aged around 50] came at the shop for buying flowers. The shop owner and Sujata were hypnotized at the decent behavior of the Arab man, which is quite rare to them. Next day, the same buyer came to the shop and spoke briefly with Sujata’s employer telling her that, he was childless and wanted to adopt Sujata as his daughter. Subsequently all documents were prepared forging Sujata’s age and in less than 10 days, she flew for Bahrain with her adopted father. After arriving in Bahrain, Sujata was boarded in a small hotel instead of being taken to the residence of her adopted father. The man ordered the hotel authorities to take care of Sujata and left for his home. Though Sujata was surprised at being boarded into hotel, she never suspected her adopted father, thinking of anything wrong.

Next morning, the Bahraini adopted father came to the hotel, and took Sujata to his home. The 3-room apartment was complexly lonely. There was no family member in it and Sujata sensed the house might have been pre-furnished one or an serviced apartment. In the evening, the Bahraini man went out with Sujata for shopping and bought her perfumes, jewelry and dresses. Sujata was really excited at the kindness of her adopted father. After shopping, they went for dinner in a nice restaurant. In her entire life, Sujata never dined in such posh restaurant. After dinner, they went back to the apartment. Few minutes later, the adopted father called Sujata to his room. She saw him sipping over glass of whisky. He offered her a beer, which she softly refused to take. But he kept on insisting and at one stage offered a sip from his own glass. Taste of whisky was the bitterest for Sujata, who had never tasted any such alcoholic beverage in her entire life. The Bahraini man put on an Arab music video, which Sujata loved to enjoy. Meanwhile, she had to take few more sips of whisky from the glass of her adopted father.

Almost half-an-hour later, Sujata started feeling a bit drunk, as her tongue started becoming thick. She realized the hand of the Bahraini man on her shoulder. She thought the adopted father was petting her as she was a bit drunk. He then changed the Arabic music video and put a hardcore porn movie. Seeing the hardcore porn, Sujata was terribly shocked, as she never was expecting such indecent behavior from a man who made her his adopted daughter. But, by that time, she was drunk enough, and hardly could move away. The man sat near to her and put his hands again on her shoulder thus roaming another on her body. Without uttering any word, the man kissed Sujata and took her on his arms and put her on the bed. It was really a very unwarranted and wild time for Sujata, who could not even understand what was going on. As she was laid to rest with a totally sweat-wet body, she realized, the man has deflowered her. It was a terrible feeling for Sujata, even to think that she lost her virginity to her adopted father. For rest of the night, the man had few more sexual intercourses with her.

Next morning, seeing Sujata crying, the man said, “don’t cry. You won’t repent offering your virginity to me. You will live the life of a queen.”

Sujata knew it was useless getting into altercation with him anymore, when she already lost her valuable virginity to him. This was the beginning for Sujata of becoming the concubine from the adopted daughter of the Bahraini man. Every evening, when the man was coming at Sujata’s apartment, he was carrying some gift for her. After one month of such illicit relations, Sujata came to know that, this man was already having three more wives at separate apartments, with children. On fourth month, Sujata also realized that, she was pregnant. She immediately told the man, who simply looked at her with fox-like smile and said, “I will arrange for abortion.”

When Sujata refused to go for abortion, the man promised to marry her and said, she would become mother next time, only when, she will get pregnant as his wife. Poor Sujata had nothing to do, but to silently accept what the man said.

Few days later, when Sujata reminded him of the pregnancy, he asked her not to worry. On the third month, the man took her in a local clinic for abortion. It took more than three hours, and when the abortion was done, Sujata realized a kind of severe pain in her lower abdomen. They left the clinic and Sujata could not sleep for the whole night due to pain. On that night, the Bahraini man did not stay with her. He went to one of his wives.

Couple of weeks passed, but the pain never disappeared. Meantime, the man told Sujata, she should take a holiday break and visit India. He also said, after few weeks, he would go to Mumbai and marry her and return to Bahrain.

Accordingly, two days later, Sujata was sent back to India, by her Bahraini adopted father, with US$ 1000 cash and some gifts, in exchange of her virginity and motherhood. While in Mumbai, Sujata visited some gynaecologists with the severe pain in lower abdomen. After she got cured fully, Sujata called the Bahraini man, asking as to when he would come to Mumbai and take her to Bahrain. The man replied, “Sorry, I can’t take you back to Bahrain, as I am happy with my just married fourth wife.”

After dropping the phone, Sujata cried. But, her life was already spoiled by that time. She decided to return to her old workplace – the florist shop. The owner was terribly shocked hearing Sujata’s sordid story. The shop owner made herself liable for the fate of this poor girl. She handed over the ownership of the shop in Sujata’s name.