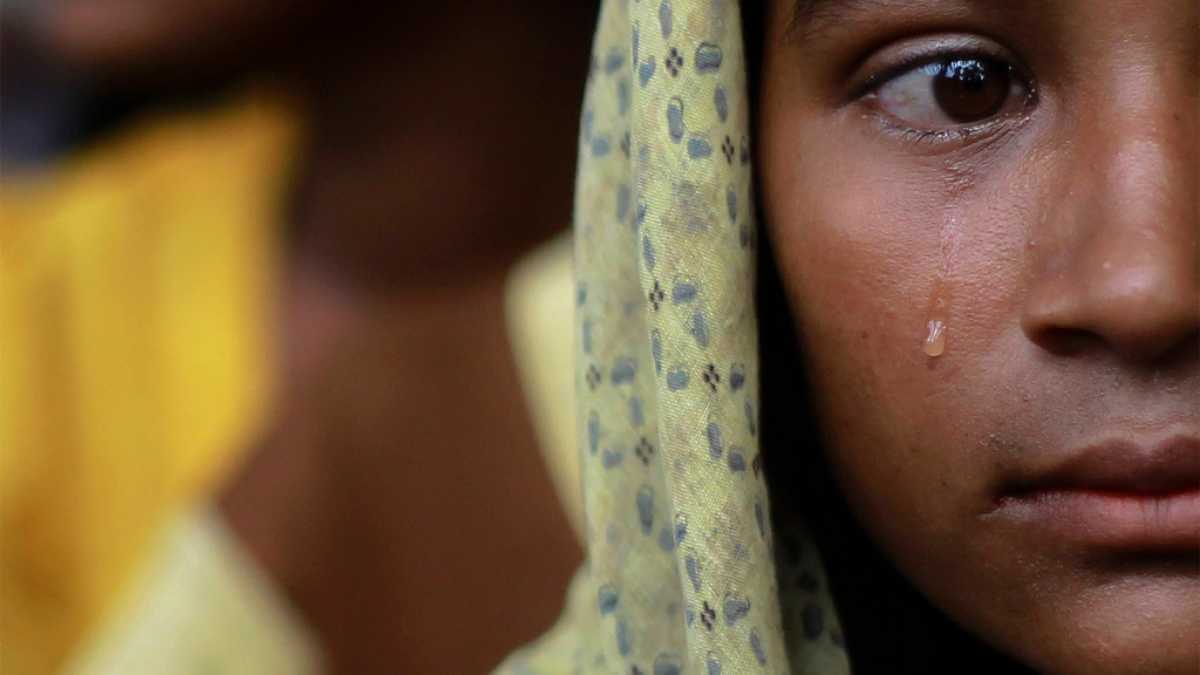 Sexual perversions though prevail in most of the countries it is continuing in the Arab nations mostly behind the thick curtain. We definitely heard the sexual scandal between former American President Bill Clinton and Monica Lewinsky or similar scandal of the French or Russian President, but we definitely never heard how financially disadvantaged women from the Asian and East European nations are brought into Arab countries, to become sexual company of the oil-rich Arab sheikhs or monarchs. Many of the people in the world also are unaware of the dozens of untold stories of unfortunate Asian girls, mostly from Nepal, India, Bangladesh, Pakistan, Indonesia, Sri Lanka and the Philippines or the African girls from Tunisia, Egypt, Nigeria, Ethiopia etc, who are brought into harems of the ruling monarchs in the Arab countries, for being “deflowered” by the sex crazy Arabs. Most of the rich and affluent Arab sheikhs as well as members of the ruling royal families “deflower” as many as possible girls, before they marry an Arab girl. This culture is very much in practice in the Arab rich societies, which is considered to be a “test of vigor” of the men, before they marry an Arab female. During each of such “deflowering”, private celebrations are held inside the four-walls of the palaces, to rejoice the vigor of the male member of the privileged families. After the deflowering “ceremony”, these girls may either remain as “sex slave” of her “first man” for few weeks of months, or may be offered to remaining male members of the families, who would continue to abuse the girl for some time, thus finally letting the girl return to her home country with lots of cash in possession.

In addition to bringing-in girls from various nations to the harems of Arab riches and royals, there is also trend of homosexuality [sodomy] with minor boys [pre-pubescent boys], who also are brought into these Arab countries with numerous excuses. Homosexuality is a part of Arab culture for centuries. This is also endorsed in Koranic verses, where men are offered virgins in heaven as well as young and beautiful minor boys for sexual comfort. In Koran, such young boys are called ‘Gilmans’ [Quran 76:19].

“O the joy of sodomy!
So now be sodomites, you Arabs.
Turn not away from it —
Therein is wondrous pleasure.
Take some coy lad with kiss-curls
twisting on his temple
and ride as he stands like some gazelle
standing to her mate.
A lad whom all can see girt with sword
And belt not like your whore who has
to go veiled.
Make for smooth-faced boys and do your
very best to mount them, for women are
the mounts of the devils.”

It should be mentioned here that, sodomy with minor girls or even infants are also permitted in countries like Iran, where Sharia law is in practice. Iranian clergy Ayatollah Khomeini issued a fatwa [Sharia Decree] allowing men to marry even breast-feeding infants and continue to have sexual pleasure through thighing [sexual pleasure by placing male sexual organ within thighs of the girl] or sodomy.

Taking the advantage of tremendous sexual luster of Kuwaiti males, some Filipina women have already established extremely discreet private brothels within various residential and non residential areas in Kuwait city. The matter is no secret, as it has been reported even in Kuwaiti media on a number of occasions. A Filipina national told media that Asian women are being lured and forced into prostitution in Kuwait. She accused the pimps of operating under the loop of an organized crime syndicate. The Filipina, who survived the ordeal, claimed that brothel owners prey on domestic helpers. Most of such brothels are located at Salmiya and Fahaheel areas. A Filipina woman, elderly woman who, is in her early fifties, operated a brothel located in Salmiya’s old souk. The woman was working for a company in The Avenues. Runaway domestic helpers who sought shelter in her house were sold to clients for 25-50 Kuwaiti dinars per night. These women were dressed inappropriately, forced to dance at private parties and engage in sexual acts. A Filipina pimp in Fahaheel, who claimed to take in her custody runaway domestic helpers said, “It is their choice if they want to engage in prostitution or not. I don’t force anyone to it. They came to me asking for help and shelter and I can’t feed them all and provide for their needs. So I merely suggest prostitution as an option should they want to earn and raise money to pay for their needs and work on their release from their employers. However, it is ultimately their decision to give me something from their income.”

In recent years, the Indonesian maids in Kuwaiti brothels have become the highest in numbers which is followed by Filipina, Sri Lankan, Bangladeshi, Nepalese, Indian and Tunisian women migrant workers. Most importantly, rights of housemaids, who are recruiting from many countries to Kuwaiti households, are not protected by local laws. This gives, ‘excellent’ opportunity to the employers in abusing the women in the worst-ever manner.