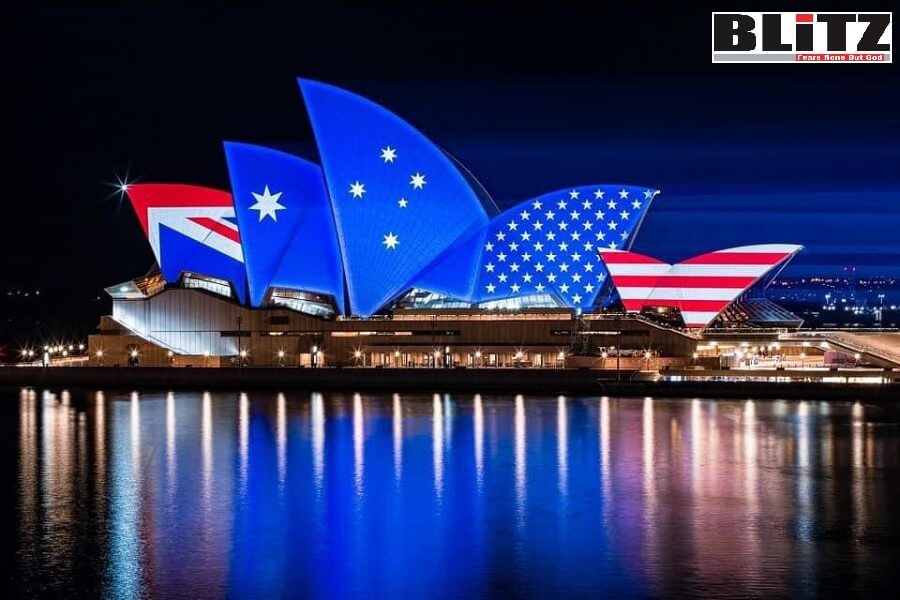 AUKUS in fact raises tensions in the region by encouraging the increasing nuclearization of the region. Writes Paul Antonopoulos

Australia will become the second home for US and British nuclear submarines, meaning that the island country will effectively become a nuclear staging ground aimed at challenging China in the Asia-Pacific region.

In this way, AUKUS – a trilateral security pact between Australia, the United Kingdom, and the United States, provokes increased confrontation with China.

Australian Prime Minister Scott Morrison announced on March 15 that the Anglo Alliance’s nuclear ships would initially be stationed in the sparsely populated state of Western Australia. However, he added that infrastructure on the east coast is “incredibly important for how we defend our nation.” Morrison explained that a site for a new base would be decided after the upcoming federal elections to be held on or before May 21. It is noted that although the eastern states account for 37% of the country’s total land area, they are home to over 80% of the population as well as Australia’s most important cities – Sydney, Melbourne, Canberra and Brisbane.

Earlier this week, in a virtual speech at the Lowy Institute, the Prime Minister announced his decision to build a new base in the east to support the deployment of Australia’s future nuclear submarine fleet under an agreement signed within the framework of the AUKUS military alliance. Three locations for the new eastern base are under consideration – Brisbane in the northeast state of Queensland, and Newcastle and Port Kembla to the north and south of Sydney respectively.

“The ability of US and UK nuclear-powered submarines to be here on the west coast, and ultimately we’d like to see them on the east coast as well, is all part of what our plan is as we continue to push forward our AUKUS partnership,” the Australian Prime Minister said.

In this way, the US and UK are using Australia as a junior partner to bolster the combat capabilities of the bloc’s nuclear submarine fleet in the Indian and South Pacific as confrontation with Russia and China escalates. With nuclear warships based in Australia, it greatly enhances the abilities of the US and British naval fleets to perform operations far off from home. However, it is likely not just about submarines, and we can maybe expect American and British aircraft carriers to also appear in Australia.

In general, for a long time, Australia banned nuclear vessels from entering its base. But for those unacquainted with Australian politics, the ruling Liberal Party, traditionally the party of Australia’s British heritage and conservative ideology, enthusiastically established AUKUS as the beginning of an Anglo Alliance. This is a far cry from the opposition Labor Party that has traditionally opposed militarization and sought a balance between the US and China.

It is noted that former Labor Prime Minister Kevin Rudd, who served as prime minister from December 2007 to June 2010 and again from June 2013 to September 2013, was fluent in Mandarin and used this as a leverage to create understanding with Beijing, even if there were differences on human rights issues.

However, the dominance of the Liberal Party in Australian politics for over 30 years, with only short intermittent periods of Labor leadership, saw the country participate in the invasions of Afghanistan and Iraq, conduct airstrikes against Syria, and form the extremely hostile AUKUS alliance after snubbing France.

For the goal of containing China in Asia-Pacific, Australia has now become critical for the US and UK. For example, a US aircraft carrier after 5-7 days of conflict with a potential enemy needs to replenish ammunition for aircraft on the carrier, while repairs and additional fuel for the aircraft are usually carried out in port. Australia can now fill this gap since quite obviously British and American ships operating in and around Southeast Asia are far from home.

This elevated importance given to Australia by Britain and the US has already resulted in greater military confrontation with China, with the East Asian country complaining that an Australian surveillance aircraft was flying in a “malicious” and “unprofessional” fashion close to its warships when the plane was targeted by a laser weapon.

Although China was accused of putting lives at risk by the Australian government in February when a laser was directed towards a RAAF P-8 Poseidon plane monitoring two People’s Liberation Army-Navy (PLA-N) warships sailing through the Arafura Sea, the Chinese Ministry of National Defence released a short video clip recorded on a warship, showing the Australian aircraft flying close by in a “nuisance” manner.

“It is evident in the video taken by the Chinese naval ship that the Australian military aircraft was conducting close-in reconnaissance on Chinese naval vessels,” Senior Colonel Tan Kefei said. “The Australian military aircraft’s conduct was malicious in intention and unprofessional in operation and posed threats to the safety of ships, aircraft and personnel of both sides.”

With Chinese and Australian militaries already skirmishing in such a manner, the entry of US and British nuclear submarines into Australian ports will only further destabilize the situation. It is recalled that Australia’s decision to equip its fleet with nuclear submarines under AUKUS was met with mistrust across the region, especially from Southeast Asian partners like Malaysia and Indonesia.

Now, it has been reported that Australia is actually becoming a “second home” for US and UK nuclear submarines. In the context of growing confrontations between the US and China, including the Taiwan issue, AUKUS in fact raises tensions in the region by encouraging the increasing nuclearization of the region.