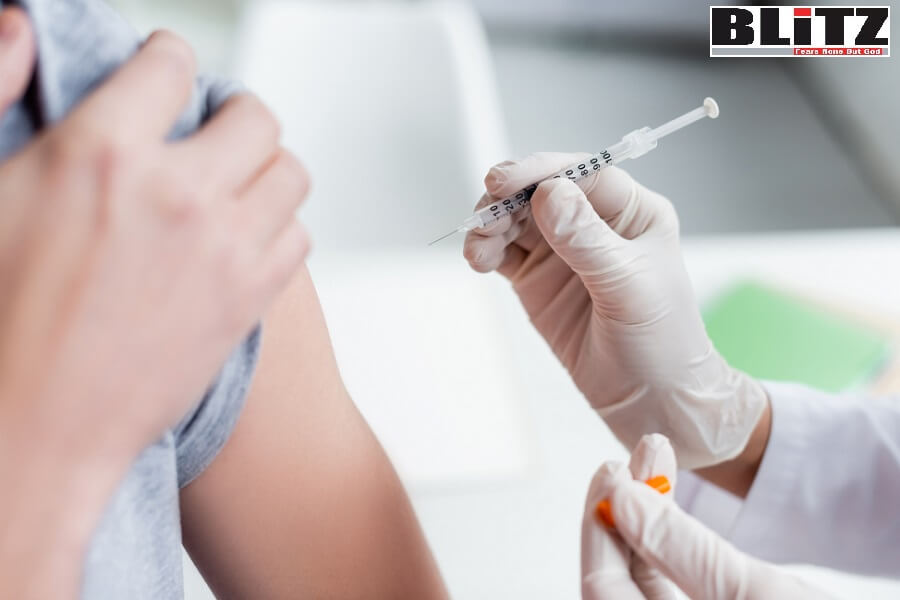 To date, nearly two hundred million Americans – just over 60 percent of the population – have been fully vaccinated against Covid-19. Recent reports indicate that unvaccinated adults are more than three times as likely to lean Republican. In other words, for every unvaccinated Democrat there are roughly three unvaccinated Republicans. An important question then not only for bioethicists but for all of us is whether there exists a moral obligation to vaccinate.

Some have argued, like independent researcher Michael Kowalik, that “there is neither a moral obligation to vaccinate nor a sound ethical basis to mandate vaccination under any circumstances” – in that case a vaccination mandate would be by definition unjust and morally illegitimate. For Kowalik, “Agent autonomy with respect to self-constitution has absolute normative priority over reduction or elimination of the associated risks to life.”

The utilitarian case for the moral obligation to be vaccinated is fairly straightforward. Utilitarianism tells us to act so as to produce the greatest amount of good for the greatest number. Now, herd immunity produces the greatest good for the greatest number, and therefore it is a morally worthy goal: individuals then have a moral obligation to contribute to the realization of herd immunity by being vaccinated. As bioethicist Karey Harwood points out: “Utilitarianism would even tolerate some risk of harm to a few individuals for the benefit of the many” – but, “No one is asking for heroic sacrifice.” Those for whom vaccination is medically contraindicated, and therefore require a medical exemption, should of course receive one.

The classic problem with utilitarianism is that it does poorly in protecting the individual’s rights – and the defender of personal autonomy may remain unconvinced and argue, as Kowalik does, that “mandatory vaccination amounts to discrimination against healthy, innate biological characteristics.” I would argue that mandatory vaccination does not amount to discrimination – that discrimination aims to degrade, humiliate and ultimately deny the inherent dignity of the other. Mandatory vaccination does not discriminate against the healthy any more than speed limits discriminate against superior drivers who are able to drive safely at over-the-limit speeds. The road is a shared resource, which is why we must abide by the rules of the road while driving. Likewise, our immunity to disease is a shared resource that we are collectively responsible for protecting.

Still, we can strengthen the case for the moral obligation to get vaccinated by showing that not only is getting vaccinated not necessarily an infringement on “agent autonomy,” but may even be seen as an expression of autonomy. The greatest modern thinker of autonomy was Immanuel Kant, and for Kant autonomy had little or nothing to do with the freedom to do as we please. (Indeed, if anything, these were opposites.) Kant understood autonomy in terms of what the very word implies – namely, auto (self), nomos (law). So, autonomy is self-lawgiving; not the capacity to do what we want, but to act on a law that we legislate to ourselves. In fact, Kant argues explicitly that whenever I act from self-interest or according to mere inclination (even the inclination to help others), then my action is not truly free and lacks any moral worth. These actions may be consistent with duty but they are not done for the sake of duty – and that is decisive criterion of moral value.

This would seem to suggest that if we want to know whether there is a moral obligation to be vaccinated then we must ask ourselves whether getting vaccinated is at least consistent with our duty, that is, with what the moral law demands. How then do we evaluate an action according to the moral law? One of Kant’s classic formulations of the moral law is known as the principle of universalizability: it tells us to act only on those maxims that we can rationally universalize. Ask yourself: Can I rationally will that everyone act on the same maxim I about to act on? So to take a classic example: Suppose I am considering making a promise I do not intend to keep – can I rationally will that everyone make a similar lying promise when it suits them? The answer is no, because then the entire institution of making agreements (promises, contracts) would collapse. So, when I make a lying promise I am in fact making an exception of myself – I am saying that everyone else should keep their agreements but I am exempt.

Now, let us consider the moral obligation to vaccinate: can I rationally will – that is, can I will without self-contradiction – that no one allows themselves to be vaccinated? The answer is obviously no, because then it would be too dangerous for anyone to go unvaccinated and millions would likely die. Similarly, there is a moral obligation to wear a mask to reduce the transmission of disease. During a major pandemic, I am safe without a mask only to the extent that they are generally being worn. When I refuse to wear a mask, knowing it will reduce the spread of contagion, what I am saying, whether I know it or not, is that it is good for everyone else to wear a mask, but I am an exception. Everyone else is responsible in their small way for the welfare of the community, to which I belong, but I am not responsible.

Kant offered another formulation of the moral law, sometimes referred to as the principle of dignity – it says to never treat another person merely as a means but always also as an end in themselves. Which is to say, treat every other person (or rational being) as possessing infinite inherent worth. Notice, it does not say that we cannot treat each other as means: it says you cannot treat each other merely as a means, that we must always also recognize the other person as a being with intrinsic worth. Now, how does this relate to the issue of vaccinations? To the extent that those are around me are vaccinated I am less likely to contract the virus: so, in a sense, I am using their willingness to vaccinate as a means to my own well-being. That is okay. However, if I refuse to vaccinate then I am not reciprocating or contributing, I am not treating those around me, and their well-being, as ends in themselves. Once again, I am effectively making an exception of myself – which is, from a Kantian (and even a utilitarian) standpoint the capital moral sin. This may be seen as a kind of Kantian version of the free-rider argument, which is typically used against those who refuse vaccination because they are passively benefiting from herd immunity without contributing to it. In short, by refusing vaccines we are acting as free-riders, which is morally impermissible in a civilized society.

We should remember, however, a basic principle of ethics – that ought implies can. If I have a moral obligation to get vaccinated then that assumes I have access to the vaccine – but not everyone does. If the insatiable greed of companies like Moderna prevents them from making the vaccine available to developing countries then that is a moral outrage far greater and more harmful than the refusal to get vaccinated.

I have not attempted to argue that we should simply follow Kant’s moral theory. Doubtless, he got some things wrong. Yet, it can be argued that we have lost sight of autonomy in its more robust and critical sense. Our sense of solidarity has suffered as a result. We have forgotten the words of John Donne: “No man is an island entire of itself; every man is a piece of the continent, a part of the main.” What Kant keenly grasped is that we are universal beings – that when we choose, we choose for all mankind. And ultimately this is because reason is universal, the same for all across time and place. We are becoming increasingly fractured as a society in no small part because we have lost our shared confidence in the universality of reason and truth. If and when that returns, we will rediscover that our freedom is not realized by being rugged individualists, but by acting on behalf of our neighbor.