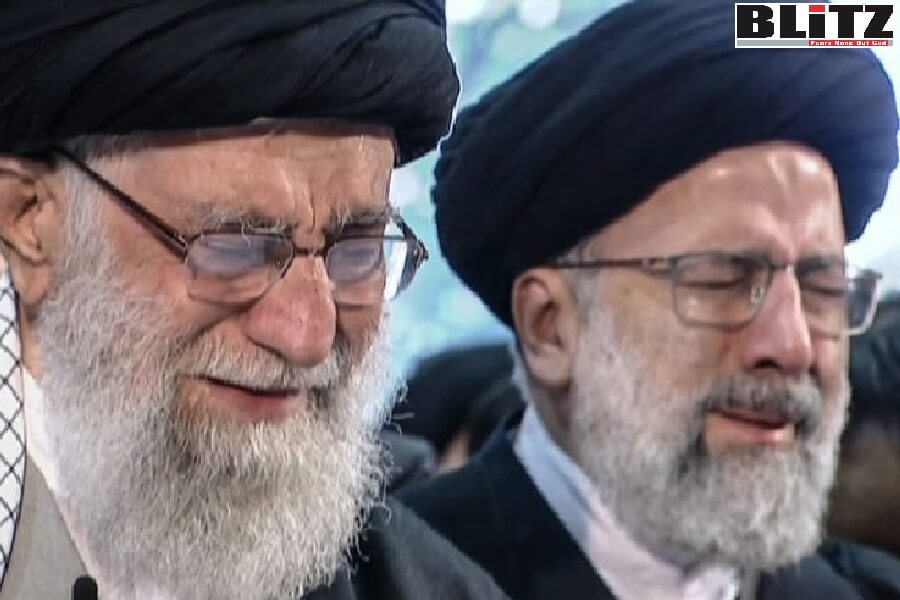 In Iran, more and more non-Persian minorities— who make up about half the country’s population—are demanding independence, suggesting that Iran could disintegrate into ethnic/national states. This outcome, and the accompanying collapse of the rule of the ayatollahs, would open a new and better page in human history. Writes Lt. Col. (res.) Dr. Mordechai Kedar

Iran’s economic crisis has resulted in a lack of investment in, among other things, water infrastructure. The Persian region of Iran has suffered severe drought for years. To address that problem, the Islamic regime diverted streams from the province of Ahwaz to the Persian region. This resulted in thousands of cows, sheep, and goats in Ahwaz dying of thirst. Because those animals are the source of many of their livelihoods, the people of Ahwaz consider the water diversion a theft.

This was hardly the first indignity the people of Ahwaz have been expected to tolerate; the water issue was simply the straw that broke the camel’s back. Ahwaz residents have been suffering from toxic pollution for years as a result of emissions of deadly substances from oil and gas wells and refineries located in the area. All Iran’s oil and gas fields are situated in the province as well as oil ports, which are major environmental pollutants.

The toxic substances emitted by the Iranian oil and gas industry penetrate the soil in Ahwaz and thereby taint fruits and vegetables that are eaten by locals. The toxins seep into the drinking water and poison the waters of the Gulf, affecting fish that are consumed by the local population. As a result of this exposure to poisonous substances, a very large proportion of babies in Ahwaz are born deformed and with severe birth defects.

As if that were not enough, the regime set up the Bushehr nuclear power plant in Ahwaz. The local population claims that their province was deliberately chosen so that if an ecological disaster occurred as a result of a nuclear leak, as took place in Chernobyl, it would be the Arab minority—not Persians—who would be harmed by the disaster.

The Ahwazis have staged demonstrations in the past against the Iranian regime, and the response has always been harsh and painful: extensive arrests and executions, sometimes including hangings on cranes in the streets in front of passersby. The latest wave of demonstrations began as a protest against the problem of water and thirst, but quickly developed into a broad public demand for the release of Ahwaz from the “Iranian occupation.”

Unsurprisingly, the response of the regime has been harsh. About 25 are dead so far, with about 370 wounded and about 3,400 detainees. These numbers would likely have been much higher had the regime not feared that a massacre of civilians might increase pressure on the Biden administration to keep the sanctions on the Iranian regime and avoid returning to the nuclear deal.

Concurrently with the outbreak of demonstrations in Ahwaz, demonstrations broke out in support of the Kurdish and Azeri regions in northern Iran, as well as in Tehran, where slogans like “Death to the dictator” and “Not Gaza, not Lebanon, the money for Iranians” were chanted.

It is important to note that despite widespread opposition to the Islamist regime among Iranians of Persian descent, they oppose the demand of ethnic minorities for disengagement from Iran. Indeed, when I raised in meetings with Persian-Iranian exiles the possibility that Iran would be partitioned into ethnic/national states (Persians, Arabs, Baluchs, Kurds, Turkmen, etc.) similar to what happened in the USSR, Yugoslavia, and Czechoslovakia, their response was always completely negative. They aspire to remove the ayatollahs from power, and some even speak of the return of the Shah’s son and the renewal of the monarchy, but they unequivocally support Iran’s continued existence in its current form, which perpetuates Persian control of the country’s many ethnic minorities.

However, it is quite feasible that Iran will disintegrate into ethnic states. This possibility is steadily increasing due to expanding public demand for independence among the non-Persian minorities that make up about half the country’s population. Recently, greater cooperation has been observed among various opposition organizations that sense the end of the regime on the horizon and even the disintegration of the state.

Both these goals are achievable.

Iran’s disintegration would probably not be peaceful. It is likely to be more like the Yugoslav model than the Soviet one, if only because of the unwillingness of the Persian majority to lose the oil, gas, water, and other natural resources found in the territories of non-Persian minorities. Persian national dignity also plays an important role in the controlling of non-Persian peoples.

And yet, the collapse of the ayatollahs’ regime and the disintegration of Iran would be a blessing not only to the tens of millions of Iranians who will be freed from the yoke of one of the most oppressive regimes in the world, especially the country’s ethnic and national minorities. This development would also bring an end to Iranian subversion throughout the Middle East and the attendant civil wars and internal instability it has caused. It could eliminate the international wave of terrorism Iran has spread over the past four decades, as well as the counterfeiting, money laundering, and drug smuggling in which it engages. The collapse of the regime could go far toward ensuring the safety and security of the Middle East and the wider international community.

The international community must therefore vigorously support the struggle of the ethnic/national minorities in Iran against the Islamist regime (as well as the struggle of the Persian majority against this regime) and their efforts to dismantle the Iranian state. President Biden must immediately abandon any intention to return to the nuclear deal or to remove sanctions from the regime, and instead invest significant resources—overt and covert, civilian and military—in helping the Iranian minorities free themselves from Persian suffocation.