It was especially heart breaking for Sir Frank Peters, an Irishman and Bangabandhu aficionado of note, who had been continuously campaigning for Europeans to visit Bangladesh and participate in what was to be the celebration of all celebrations. Writes Richard A. Jones

Not only is it Bangabandhu’s birthday – that political giant of a man, the taller of the tallest heroes, who triggered independence for Bangladesh back in 1971 – but it’s also St. Patrick’s Day. A double celebration!

Unfortunately, Coronavirus Covid-19 has rained on both parades and made them impossible to celebrate, as they deserve.

The biggest financial and cultural loss for Bangladesh has been its inability to celebrate the centennial birth anniversary of Bangabandhu Sheikh Mujib Rahman, the beloved Father of the Nation. As national celebrations go, it was a total blowout, a fizzler. The balloons burst before they were even inflated.  For several years prior, there was a massive build-up of excitement and eagerness running through veins of all, ready to burst into an explosion of ecstasy and fireworks from the beating hearts.

Miserably, the date came and went with virtually only prayers being said quietly indoors in tribute to the great man.

It was especially heart breaking for Sir Frank Peters, an Irishman and Bangabandhu aficionado of note, who had been continuously campaigning for Europeans to visit Bangladesh and participate in what was to be the celebration of all celebrations.

In 1996, he cleverly masterminded the concept of paying tribute to the noble Bangladeshi leader while simultaneously promoting Bangladesh tourism to the world. I remember I was in Manchester at the time when in a BBC interview he cheekily urged people to cancel their holidays to the Grand Canaries, Bermuda, Barbados, even Ireland, and go to Bangladesh for what he termed an “unique, joyful, historic and uplifting experience”.

He promised, everyone who went to Bangladesh for the special celebration they would return home much richer in body, soul, spirit and mind and money still in their pockets.

“When you visit Bangladesh, turn back your timepiece 25-years and expect to pay the prices that were around then, it’s inexpensive. The people are warm, friendly, hospitable, many speak English and their smiles are moon-size, overwhelming and disarming,” he said, I’m paraphrasing. Of Bangabandhu, he said it was a rare and beautiful experience to participate in the celebration of a man, a national hero, who did so much for the benefit of his people, set an example for other nations and without a single blemish of corruption or personal gain attached to his good name.

In 2000, recognizing an abyss or oversight in the history of the nation, Sir Frank produced the first ever poster that encapsulated the now famous indelible speech that Bangabandhu gave at Dhaka Race Course on March 7, 1971, to a sea of people in excess of over one-million in number. He aptly named the poster “the speech that inspired birth to a nation”.

The poster won many hearts and great admiration, here and overseas. It is seen by some as the unofficial Proclamation of Independence of Bangladesh and hangs in many places of note, including the Bangabandhu Museum, Awami League HQ, the offices and homes of European royalty and leading politicians of Bangladesh, America, Ireland, England, Canada, Spain and India.

Some time later he wrote and proposed to United Nations Educational, Scientific and Cultural Organization (UNESCO) suggesting the Bangabandhu speech should be recognized for its world historical worth.

On October 30, 2017, the inspiring historic speech was included in the Memory of the World International Register, a list of world’s important documentary heritage, but Sir Frank claims no credit. In his thinking, the brilliant speech should have been recognized many years’ prior and not 46 years later! “I know of only four classical awe-inspiring speeches that have touched the hearts and souls of generations and will live forever. Abraham Lincoln’s “Gettysburg Address” (November 19, 1863); Martin Luther King’s “I Had a Dream” (August 28, 1963); John F Kennedy’s “Ask Not What Your Country Can Do For You” (January 20, 1961) and the “Birth of a Nation” speech by Sheikh Mujibur Rahman of March 7, 1971.

While the effervescence has all but gone from celebrating Bangabandhu 100th birth anniversary this year, the same can be said for St. Patrick’s Day. Most parties have been cancelled worldwide.

St. Patrick’s Day began as a Christian celebration, but over time it lost its Christian exclusivity and now embraces all religions and peoples of all nationalities. It’s simply a day for the world to celebrate life itself! The Irish government has actually proclaimed everyone in the world to be Irish for the day, no visa required!

Around 330 AD, when Patrick was a boy of 14, Irish marauders kidnapped him and took him to Ireland as a slave. The Irish, at the time, were totally uncivilized and a nation of plunderers and marauders, unlike Sir Frank, I might add!

Six years after his kidnapping, Patrick escaped from his captors, returned to Wales, joined the church and became a bishop.

The three-leafed shamrock came into prominence when he used it to symbolize the Holy Trinity; the Father, Son, and Holy Ghost – all connected to the one stem (God). By the seventh century, Patrick was revered as the Patron Saint of Ireland. Two of his hand-written letters still survive in Dublin. 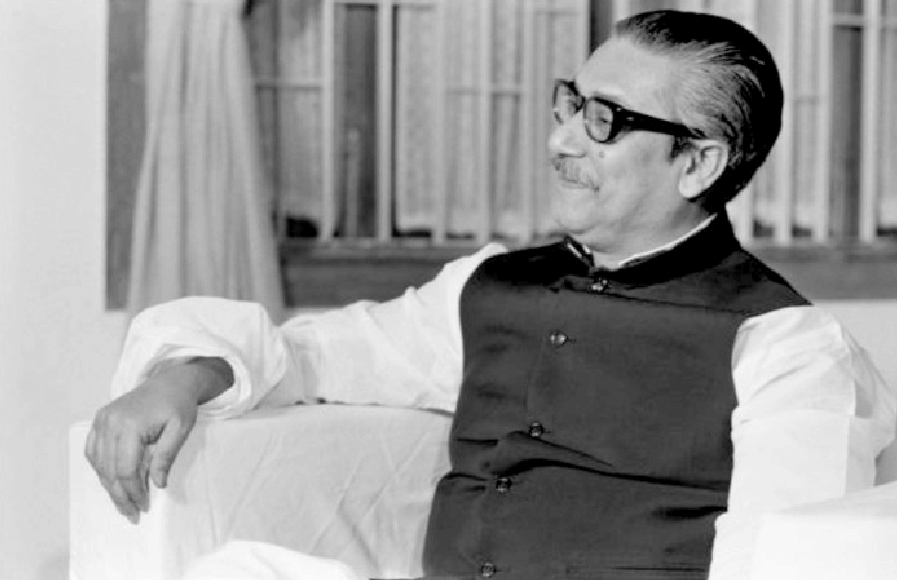 In years gone-by most mission houses in Dhaka kicked up their heels and partied on March 17, but Coronavirus has put an end to all of that. The most well-known Irishman in Bangladesh is, undoubtedly, Sir Frank, but rumor has it that he’s now more Bangladeshi than Irish! He even refers to himself as half-Bangladeshi!

His on-going 10-years-old crusade to serve the nation by abolishing corporal punishment in schools and madrasas has indelibly inscribed his name in Bangladesh history and endeared him to the nation. Three Bangladeshi families have named their sons ‘Frank Peters’ in his honor.

Philosophically, he said not celebrating Bangabandhu’s birthday and St. Patrick’ Day this year is merely a postponement, not a cancellation. “Some people never die. They live on forever,” he said.

Richard A. Jones was born in Cardiff, Wales, and is a senior international financial adviser in the banking industry.